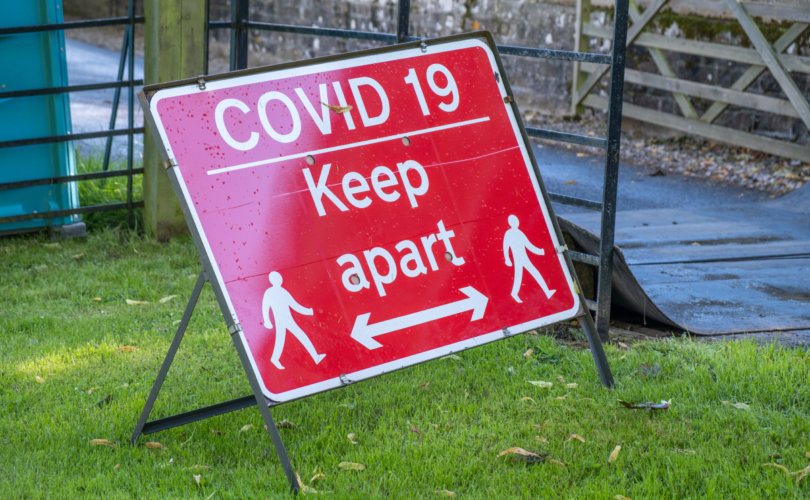 LONDON, England, September 14, 2020 (LifeSiteNews) – Amid government-imposed coronavirus restrictions allowing only groups of six or fewer people to meet, British Minister of State for Crime, Policing and the Fire Service Kit Malthouse is encouraging citizens to report their neighbors to public authorities if seven or more people are gathered..

“It is open to neighbors to do exactly that through the non-emergency number,” Malthouse told the BBC when asked whether a person should report a gathering in a neighbor’s backyard. “And if they are concerned and they do see that kind of thing, then absolutely they should think about it.”

Starting today, new rules restrict indoor and outdoor gatherings in large parts of the United Kingdom, including England and Scotland.

The BBC reported that in Bristol one mother was approached by police because “her toddler’s picnic – a group of seven – was now illegal. ‘It’s very difficult to understand though, if I’m allowed to be in a pub with a group of people a metre apart, but I can’t be with my kids’ friends,’ she replied to the officer.”

Different rules in various parts of the UK also are causing confusion. One woman “said she thought her gathering of more than six was allowed because the children all attended school together. Groups like this would be allowed in nearby Wales and in Scotland, where children do not count towards the total.”

“We could just go over the bridge and be with a much larger group of people,” the woman argued. “It does feel a bit unfair.”

If a group needs to be broken up by police, each member of the group could be fined £100 if the incident is the first offense. After that, the fine is set to double each time, up to £3,200 for the sixth offense.

In order to ensure “stronger enforcement of the rules which are already in place,” UK Prime Minister Boris Johnson announced last week that his government would use “COVID Secure Marshalls.”

“We will boost the enforcement capacity of local authorities by introducing COVID Secure Marshalls to help ensure social distancing in town and city centres, and by setting up a register of Environmental Health Officers that local authorities can draw upon for support,” Johnson said at a press conference.

Johnson did not explain at the time what powers “COVID Secure Marshalls” would have, nor how they would be recruited.

The Daily Mail reported one day later that the marshals “will have no formal powers to make an arrest and must be paid for by local authorities.” While they can break up gatherings of seven or more people and alert police, they are not authorized to impose fines.

The newspaper quoted Ken Marsh, chairman of the Metropolitan Police Federation, who pointed out that regular police officers were “absolutely baffled” by the announcement.

“Any help is good help, but what I’d like to understand is what actually is their role, what are we asking them to do?” Marsh asked. “Because if they don’t actually have any powers, you know what Joe Public will do very quickly. When the stick needs to be wielded, then you need to have the ability to wield it.”

“Marshals have already been deployed by Leeds City Council and Cornwall Council,” according to the Daily Mail. Other places are expected to recruit marshals in the near future, using local government funds for training and pay.