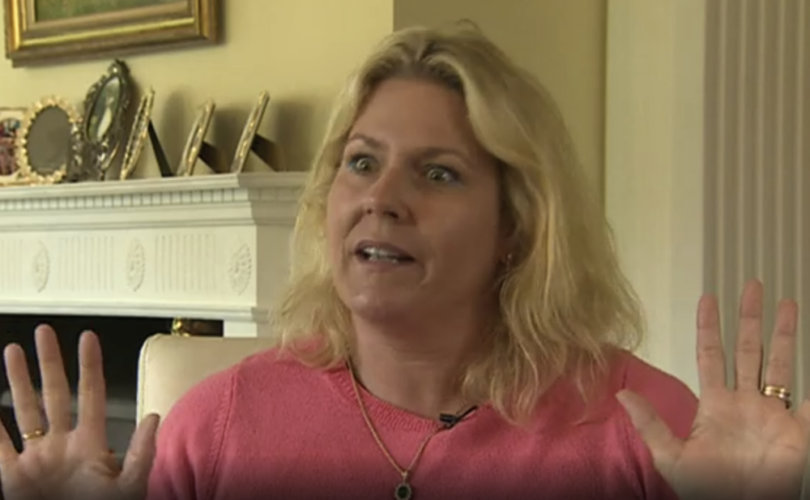 WALES, September 14, 2017 (LifeSiteNews) – A doctor who has given cross-sex hormones to adolescents as young as 12 in her private clinic is now under order to remain under strict professional supervision pending an investigation into her transgender treatments of young people.

The investigation of Dr. Helen Webberley of Monmouthshire, Wales, was launched after two other doctors complained to the the UK General Medical Council (GMC) about her practice, which includes an “online trans medical clinic.”

Webberley admitted to the BBC, “I’ve given four children under the age 16 hormones, three of those were age 15 and one age 12.”

The investigation and its accompanying strict supervisory period is slated to last until November 2018.  In the meantime, Webberley is prohibited from treating “trans” patients until she can engage an approved clinical supervisor.

According to a report from the LGBT-oriented GayStarNews, “Some trans people … have criticized Webberley for diagnosing without meeting patients face to face (she will often conduct interviews over the internet) and for profiting from her prescribing.”

Stephanie Davies-Arai of campaign group Transgender Trends, which raises concerns about gender treatment among children, told the BBC she is ‘very concerned’ by the move toward “earlier and earlier” treatment for “younger and younger” children.

“Teenagers [and children] are not really equipped to make long-term decisions and benefit and risk calculations. We should not be fixing their identity at that age with medication that is irreversible,” Davies-Arai continued. “These are huge, life-changing effects on children's bodies, on children's lives, and we need to be very, very cautious before presenting this treatment pathway to minors.”

Dr. Michelle Cretella, MD, FCP, president of the American College of Pediatricians said, “The active promotion of transgenderism has resulted in massive uncontrolled and unconsented experimentation upon children and adolescents. This is child abuse.”

“Many children are being permanently sterilized by these treatments and sentenced to a lifetime of toxic medications to impersonate the opposite sex. Medications that cause everything from cardiovascular disease to diabetes to cancer.”

Cretella went on to warn, “As activists continue to encourage earlier diagnosis of so-called transgender children and lead them down the path of chemical castration with puberty blockers, followed by cross sex hormones, surgeons in the field are seeking to lower the age of consent for sex reassignment surgeries, which include double mastectomies, hysterectomies, the construction of vaginal pouches, and the removal of testes and penises.”

Stevens told LifeSiteNews that kids “lack the cognitive ability to give informed consent to procedures like this.” Whether they be hormone treatments or surgical procedures, these interventions have lifelong ramifications. “Among individuals who identify as transgender, use cross-sex hormones, and undergo sex reassignment surgery, there is well-documented increased incidence of depression, anxiety, suicidal ideation, substance abuse, and risky sexual behaviors.”

“Eighty to 85 percent of the time, these kids revert to their biological sex after they go through puberty.”

Dr. Webberley said that if a child is not allowed to start puberty according to their dysphoric inclinations until they are 16, this is “hellishly late.”

The three authors explained that “the evidence for the safety and efficacy of puberty suppression is thin, based more on the subjective judgments of clinicians than on rigorous empirical evidence. It is, in this sense, still experimental — yet it is an experiment being conducted in an uncontrolled and unsystematic manner.”

In an Amicus brief submitted to the Supreme Court by the three doctors concerning a case about the right of a gender dysphoric youth to use the restroom and locker facilities designated for the opposite sex, the doctors noted the serious health hazards for children who take puberty blockers and cross-sex hormones:

“Puberty suppression hormones prevent the development of secondary sex characteristics, arrest bone growth, decrease bone accretion, prevent full organization and maturation of the brain, and inhibit fertility. Cross-gender hormones increase a child’s risk for coronary disease and sterility. Oral estrogen, which is administered to gender dysphoric boys, may cause thrombosis, cardiovascular disease, weight gain, hypertriglyceridemia, elevated blood pressure, decreased glucose tolerance, gallbladder disease, prolactinoma, and breast cancer. Similarly, testosterone administered to gender dysphoric girls may negatively affect their cholesterol; increase their homocysteine levels (a risk factor for heart disease); cause hepatotoxicity and polycythemia (an excess of red blood cells); increase their risk of sleep apnea; cause insulin resistance; and have unknown effects on breast, endometrial and ovarian tissues. Finally, girls may legally obtain a mastectomy at sixteen, which carries with it its own unique set of future problems, especially because it is irreversible.”

Drs. Hruz, Mayer and McHugh warned, “Physicians should be cautious about embracing experimental therapies in general, but especially those intended for children, and should particularly avoid any experimental therapy that has virtually no scientific evidence of effectiveness or safety. Regardless of the good intentions of the physicians and parents, to expose young people to such treatments is to endanger them.”