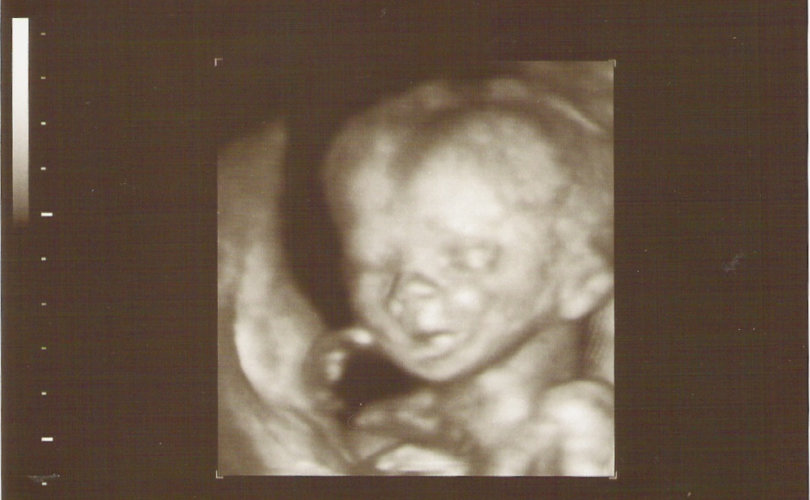 October 1, 2018 (Society for the Protection of Unborn Children) – In a tragic story that shows how abortion is never the answer to serious disability, a mother has spoken out about how the abortion of her son failed and he was born alive and crying.

“Best for the baby”.

Sofia and Shakeel Khan, from Bolton, found out that their baby had spina bifida at their 20 week scan. Mrs Khan said she “was devastated. I kept thinking that we would manage and that he could have surgery to help him.”

However, when doctors said the baby boy's spina bifida was the worst case they'd ever come across, and he was unlikely to survive the pregnancy, they decided on abortion. “We were heartbroken, but we made the decision to terminate. We felt it was best for the baby but even so I had moments of doubt and guilt.”

The report does not say if the option of carrying their baby to term and being offered perinatal hospice support was offered to the couple. Prof John Wyatt told the 2017 SPUC National Conference that in his long experience of caring for sick babies, the outcomes for parents who choose to give birth to a baby with a life-limiting condition and receive palliative care are better than those who abort.

“He hung onto life for an hour”.

The Khans went ahead with the abortion, and at 25 weeks of pregnancy, a lethal chemical was injected into the umbilical cord. Mrs Khan was told that the baby's heartbeat had stopped, and she prepared to give birth to a dead baby.

However, while in hospital, she felt a strange feeling in her stomach. She said: “As I waited, I felt the baby kick. I told the midwife but she said it was impossible. I asked her to put the monitor on to be sure but she said there was no need.”

Ten hours later, she gave birth – and was stunned to hear the baby crying. She says: “I thought I was going mad. I thought I was hearing the cry because that's what I wanted – my baby to be alive.

“The midwife went into shock. She was screaming for help, she ran with the baby into the corridor.

“They brought him back and said: 'What do you want us to do?' and I didn't know what they meant. I held him and cuddled him and told him how much I loved him.

“He was such a fighter. He had a huge hole in his spine and he was very disabled, and yet he hung on to life for an hour.”

Mr and Mrs Khan named their son Mohammed Rehman and he was given a full funeral and is buried near their home.

The inquest recorded a conclusion of “death by natural causes”. Assistant coroner Simon Nelson stated that “Mohammed's death was due to extreme prematurity brought about by compassionate termination of pregnancy, with a secondary cause of congenital malformations.”

Neonatal consultant Dr Dinakar Seshadri said that the parents had made the “correct” and “brave” decision to terminate the pregnancy, even in light of what happened. Shockingly, not only did the medical profession justify the fact that they persuaded heartbroken parents that killing their disabled baby was the most loving option, they described the very process that killed him as “death by natural causes”.

“He wanted me to see his face”.

Mrs Khan said she was “glad, despite the heartbreak, that I could spend that time with him”.

“I can't help thinking that he was born alive because he wanted one cuddle with his mummy. He wanted me to see his face.”

People with spina bifida lead valuable and meaningful lives. This harrowing story exposes that being labelled as having a life-limiting condition permits the medical profession to steer parents to the violence of abortion and an unnecessary death for the innocent child.