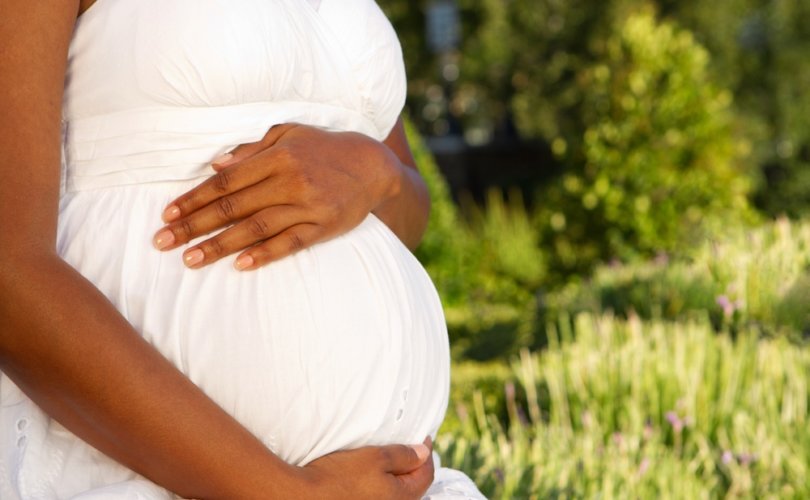 WESTMINSTER, London, England, July 5, 2019 (LifeSiteNews) ― The English judge who ruled that a forced abortion should be carried out on a mentally disabled woman remarked that her unborn baby was “not a physical presence.”

Thanks to Right To Life UK, LifeSiteNews has obtained an electronic copy of the June 21 Court of Protection decision by Madame Justice Nathalie Lieven, which was stopped by a Court of Appeal before the child could be killed. It is clear from the document that the judge based her ruling partly on the belief that the then-22-week-old unborn baby was not yet a “physical presence” to the mother, and she would suffer less from an abortion than from having the baby taken away after birth.

Because of the mother’s disability and history of erratic behavior, Lieven assumed that the local government would remove the baby from his or her mother, were he or she to be born.

“In terms of predictability of impact I think it is likely that AB [the pregnant woman] would suffer great trauma from the baby being removed; that is the known experience of most women,” the judge stated.

“It will be a real baby which she will probably have met and touched, and it will go,” she continued.

“In contrast the pregnancy, although real to her, does not have a baby physically before her, and the impact is in my view likely to be. As Ms Paterson [solicitor for the National Health Service] puts it, the baby is not a physical presence.”

This statement was in contradiction, however, to the judge’s earlier remark that the 24-year-old mother could see and feel evidence of the baby.

“The sense I have from the evidence, including that of CD [AB’s mother] and Ms R, is that as the pregnancy has developed AB has more understanding that she is pregnant, and that means she has a baby inside her, and that it will be born,” Lieven said. “This is unsurprising as she sees her stomach grow and begins to feel the baby.”

“A few very worrying things ring through from this judgement,” said Clare McCarthy, a spokeswoman for Right to Life UK. “One especially resounding thing was that the rights of the 22-week-old baby in the case were not considered in any way, or carried no weight at all in the judgement.”

“A baby this late in gestation would in some cases be able to survive outside of the womb and yet Justice Lieven dismisses the baby as ‘not a physical presence.’”

McCarthy pointed out that although the woman wanted the baby, as the record attests, and although Lieven admitted that a court-ordered abortion was “immensely intrusive,” the judge “nonetheless imposed her pro-abortion agenda on this woman by overriding her wishes and ruling that she should be forced to have an abortion.”

While expressing her relief that Lieven’s ruling was subsequently overturned on June 24 in the Court of Appeal, McCarthy said that it should never have been made.

“This ruling was a gross invasion not only on the rights of the pregnant woman but also on the right to life of the unborn child who the mother could feel growing and moving inside her womb,” she said.

According to an NHS webpage of advice for expectant mothers, a 22-week-old unborn baby is roughly the size of a papaya.

“Your baby, or foetus, is around 27.8cm long from head to toe, and weighs about 430g. That's approximately the size of a papaya and the weight of five tangerines,” it reads.

The NHS article provides an illustration of the infant that shows that at 22 weeks he or she resembles a newborn and may be sucking his or her thumb.

Thanks to the publication of the Court of Protection decision, more details of the case have come to light.

The mother of the baby is 24 and was born in Nigeria. “AB” was adopted as a newborn by her legal mother, also from Nigeria, and moved to the UK around 2007. She attended special schools during her childhood in England and has been diagnosed with a mild intellectual disability (ICD10). She speaks both Igbo and English although she has some difficulty making herself understood in her second language.

“AB” was discovered to be pregnant shortly after returning from a trip to Nigeria.

“In late 2018 AB travelled to Nigeria with her mother, and stayed there with family whilst CD returned to England,” Lieven recalled in her decision.

“When she returned to the UK in April 2019 it became apparent that she was pregnant. The circumstances of her becoming pregnant are unknown, but there is no doubt that she did not have the capacity to consent,” she continued.

The justice did not make any formal declaration of the young woman’s ability to consent to sexual relations but mentioned that police are carrying out a safeguarding investigation. From Lieven’s remarks on this aspect of the case, it seems that the pregnant woman’s mother’s ability to care for her is also in question.

“Although I do not wish to pre-empt the police investigation or any formal decision made by the local authority, I have no doubt having heard her that CD has nothing but AB's best interests at heart and is devastated by the fact that she has become pregnant,” the judge said.

The fact that AB seems to have behavioral difficulties, controlled with medication, was discussed during the case and gave weight to the consideration that she would not be permitted by the state to live with her child.

Lieven’s ruling indicated that “AB” is young and healthy and, although mentioning the possibility that the mother would suffer from “postpartum psychosis” after giving birth, the justice admitted that there was no evidence that she would. Technically, every mother is at risk of suffering from “postpartum psychosis” and postpartum depression. It also revealed that the young woman is likely to give birth by cesarean section.

Clare McCarthy directed LifeSiteNews’ attention to the fact that none of the NHS personnel commenting on the case had ever “managed a pregnancy,” as Lieven called the ante-natal care, with someone with learning difficulties as “severe” as those experienced by “AB.” The consultant obstetrician, called “Ms T,” worried how “AB” would cope after a caesarian section, given that it is “major abdominal surgery,” but why “AB” was unlikely to be allowed to give birth naturally was not explained. Late-term abortions are also major surgery.