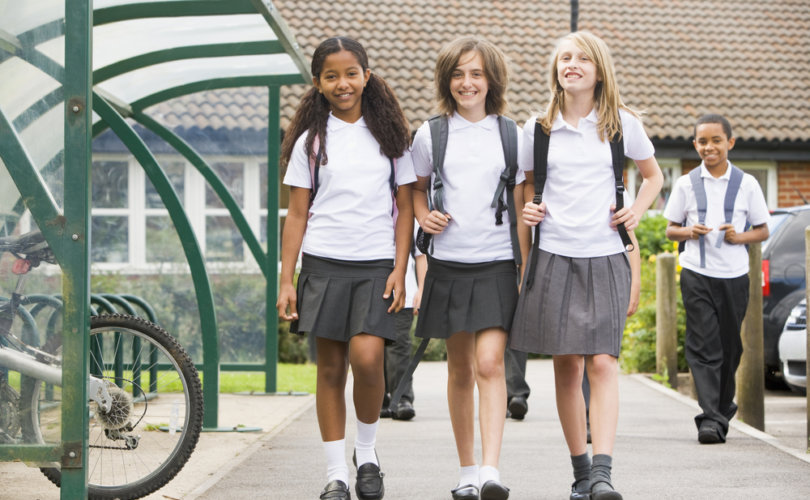 June 21, 2016 (LifeSiteNews) – Teachers at a conference for UK girls' schools last week were instructed to call students “pupils” instead of “girls” so as to avoid offending the gender-confused.

A group called Gendered Intelligence made the recommendation at the Summer 2016 Briefing of the Girls’ Schools Association (GSA), which represents the heads of many of the top independent day and boarding schools in the UK.

Gendered Intelligence is a non-profit that provides “trans awareness training for all sectors and educational workshops for schools, colleges, Universities and other educational settings” and specializes in “supporting young trans people aged 8-25,” according to its website.

Gendered Intelligence delivers presentations on transgenderism to UK schoolchildren as young as four and runs a London youth group for children starting at age eight.

“Some people feel like using she/her pronouns sometimes and he/him pronouns at other times,” Gendered Intelligence’s website explains, while others prefer “non-binary” pronouns.

The GSA defended the use of gender-neutral language in girls’ schools as “pastoral” and part of its duty to care for students “who decide to transition.”

In a statement on its website, the GSA wrote:

The crux of the matter is that schools have a duty of care to all pupils, including those who decide to transition. Language is one part of this complex pastoral issue and GSA schools, which have a long history of excellence in pastoral care, are at the forefront of showing best practice in including transgender pupils.

For the avoidance of doubt, we believe that using certain terminology – such as ‘pupils’ or ‘students’ rather than ‘girls’ – is appropriate in certain circumstances, and particularly when transgender pupils are present. It is up to individual schools to interpret and apply this advice when appropriate.

In Brighton, the city council sent parents a school registration form in April asking them to support their children, some as young as four, in picking a gender.

Two years ago in the United States, Nebraska middle school teachers were instructed to avoid phrases like “boys and girls” and instead use “gender inclusive” options like “purple penguins.”

The transgender bathroom battle is headed to the Supreme Court, sooner or later