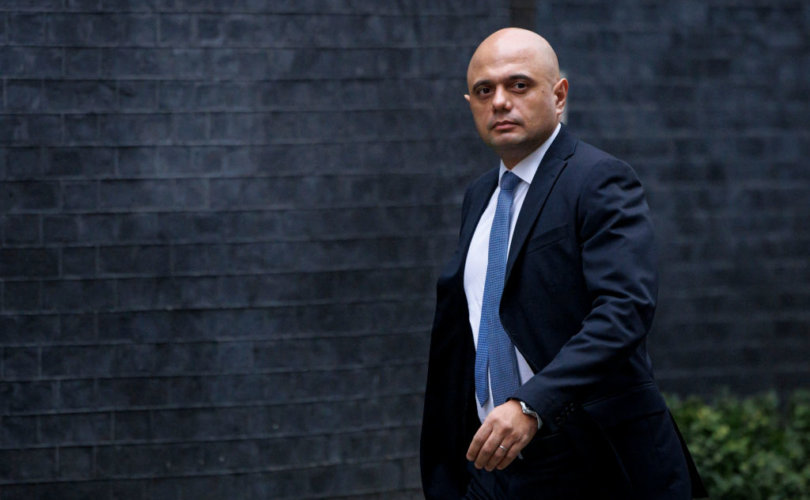 LONDON (LifeSiteNews) – The U.K. government is set to overturn a mandate for all frontline healthcare workers to get COVID-19 inoculations before April 1 amid fears this would lead to massive staff shortages.

Approximately 80,000 healthcare workers would lose their jobs if such a mandate went into effect.

The government announced mandatory COVID inoculations for frontline workers in November, confirming plans this month that it would require National Health Service (NHS) staff who come into contact with patients to have received a full regimen of COVID shots before April 1, making February 3 the latest date to have taken the first shot.

Before Sunday, Javid had vehemently defended the unforgiving “no jab, no job” policy, telling the Health and Social Care Committee on Wednesday that “it is the professional duty of every NHS worker to get vaccinated.”

He is now expected to deliver a statement at around 12:30PM EST, detailing the government’s plan to drop the requirement, but at what point and for how long remains unknown. A spokesman for Prime Minister Boris Johnson refused to confirm the contents of Javid’s statement earlier Monday, saying that he could not “pre-empt what the Health and Care Secretary is going to say.”

As things stand, around 80,000 NHS staff have not received their first jab, and a further 40,000 have still to receive their second.

Professional bodies representing British doctors, nurses, and midwives have called for a delay in implementing the April jab mandate, recognizing the huge losses in staffing at a time when the NHS is already suffering a vacancy crisis to the tune of some 100,000 jobs.

However, the groups are still encouraging uptake of the shots among healthcare staff, though by choice rather than force.

The care sector, which was subject to a mandatory COVID shot rule in November, lost around 40,000 staff following its implementation, but overturning the mandate is expected to permit the un-jabbed to take up work in care homes once again.

The Telegraph reported that furious care home representatives criticized the government’s handling of the jab mandates, accusing ministers of having “devastated our workforce and brought providers to their knees.”

According to the same report, a senior government official said that the omicron variant played a crucial role in the health department’s consideration of overturning the requirement.

After stating that the delta variant is “very high risk in terms of how severe it was,” the source told The Telegraph that “[f]or omicron, while it is more transmissible, all the studies have shown it is less severe. That has changed the conversation about whether mandatory jabs are still proportionate.”

In contrast with widespread government advice to receive the jabs in order to stop the spread of the novel coronavirus, the jabbed have come to dominate COVID hospitalizations and deaths in the U.K. and other highly vaccinated European nations, as well as parts of the United States.

The move to overturn comes just a week after hundreds of NHS staff marched through the streets of London in protest of the jab mandate, organized by NHS 100K, a group representing “over 100K NHS staff who stand in favour of freedom of choice, bodily autonomy and informed consent.”

#NHS100K Staff throw their uniforms at the police outside Downing Street. pic.twitter.com/sugdpl28Ko

Earlier in the month a group protested the mandate outside a hospital in Sheffield, England, with many staff and citizen supporters expressing their opinions that forcing inoculation is “wrong” and tantamount to “losing our medical freedom.”

Outspoken NHS consultant anaesthetist Dr. Steve James, who confronted Javid on Sky News over the impending mandate at the beginning of January, told TalkRadio host Julia Hartley-Brewer Monday that he was “ecstatic” about the decision to overturn the mandate, especially since the walk-back is likely to include the requirement for care home workers, which will enable the ones who refused the jabs to return to work.

“They absolutely need to reinstate care home workers who lost their jobs and there needs to be work done to look at the harm of this policy.”@JuliaHB1 pic.twitter.com/UMggHm9jat

“They absolutely need to reinstate all those care home workers, and there also needs to be work done now to look at the harm caused by this policy.”

“We’ve got to move away from this ‘Vaccinate the entire population is the best thing’ … the public knows this just doesn’t make sense anymore.”

James chalked up the government U-turn to the pressures mounted through the “collective effort” of medical staff, alternative media sources, lawyers, and members of the public “who stood up against this.”

“It’s a real sign of the power people have when they feel things aren’t right,” he said.