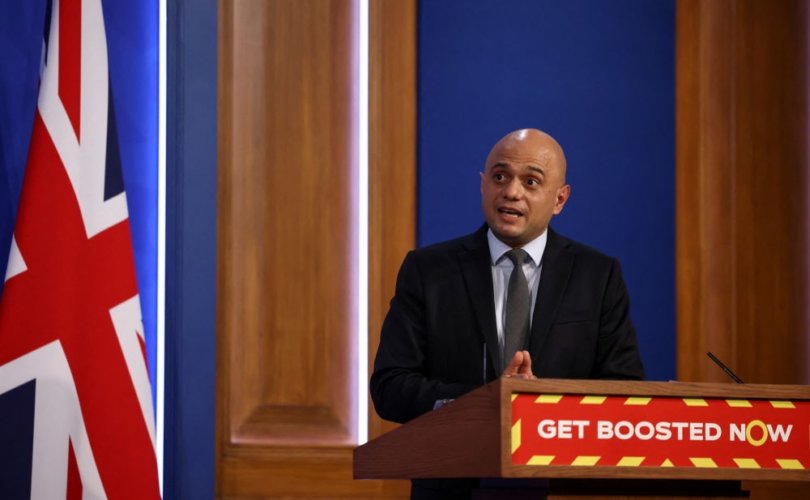 (LifeSiteNews) — The U.K. government’s Department of Health and Social Care (DHSC) is facing questions after declining to provide details on whether the care home staffers who were effectively fired for refusing to get the experimental COVID jabs will get their jobs back now that the government has scrapped the requirement.

The Daily Mail reported that “up to 40,000” home care professionals had been ousted from their jobs after the government imposed its controversial “no jab, no job” policy in November.

Health Secretary Sajid Javid revoked the jab mandate last week, but hasn’t provided assurances regarding whether those who lost their jobs will be allowed to return to work.

The agency’s silence on the matter has given rise to criticism by members of the House of Secondary Legislation Scrutiny Committee.

Baroness Cathy Bakewell of Hardington Mandeville, one of the committee’s members, said it was “disappointing” that the department has not provided details regarding whether the unjabbed will be rehired.

The DHSC stated in a memo provided to the committee that it would be up to “each individual employer” to decide whether or not to rehire unvaccinated staff, an explanation which Bakewell said “still leaves a lot of loose ends that must be addressed.”

The U.K. government had estimated at the time that the policy would result in a loss of roughly 40,000 workers, but it’s unclear exactly how many workers actually lost their jobs.

The DHSC has not released an estimate of how many home care workers quit or were fired as a result of the rule.

The Daily Mail reported that “the Lords expressed their ‘surprise and disappointment’ over the DHSC’s failure to provide estimates on how many staff were dismissed due to the policy, or who left employment in anticipation of the NHS mandate.”

A spokesperson for the DHSC told LifeSiteNews in an email Wednesday that “[t]he matter of re-hiring staff who have been dismissed or resigned because of regulations is an issue for each individual employer and they may want to seek independent legal advice.”

The DHSC declined to respond to LifeSite’s request for an estimate of the number of employees who quit or were fired in consequence of the mandate.

The government’s “no jab no job” policy affected home care employees, but not hospital workers.

A similar rule was slated to be imposed upon employees of the U.K. government’s National Health Service (NHS) in April, but the proposed requirement was dropped after warnings of “crippling staff shortages,” The Telegraph reported.

The DHSC stripped back the proposed mandate after being warned that upwards of 80,000 healthcare workers would be forced out of their jobs for refusing to take the required two jabs, citing the comparative mildness of the omicron variant.

The mandates for home care workers and NHS employees were both officially revoked on March 15.