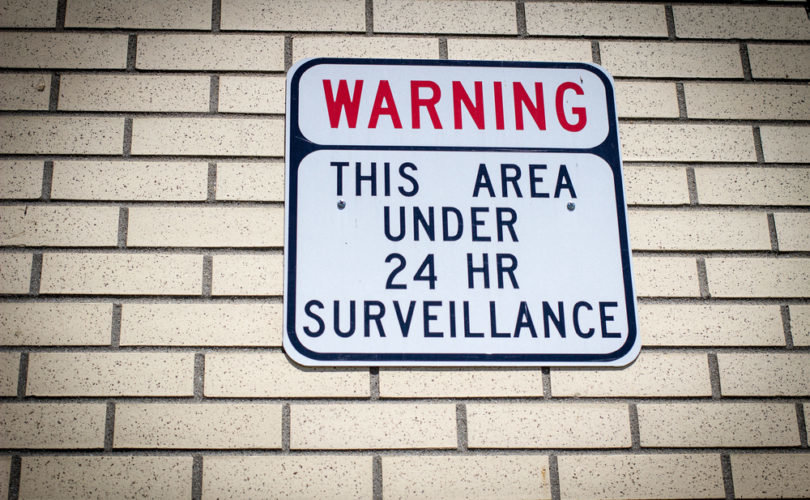 LONDON, May 25, 2021 (LifeSiteNews) — Official documents released by the U.K. government reveal that over 18 million people were subjected to secret phone tracking earlier this year, in an attempt to “provide behaviourally-informed evidence” on the COVID-19 vaccine roll-out and changes in behavior after vaccination.

The Telegraph reported on the 42 page report from the Scientific Pandemic Influenza Group on Behaviours (SPI-B), which advises the ardently pro-lockdown government advisory body, the Scientific Advisory Group for Emergencies (SAGE) in the U.K.

Conducted in February, the report aimed to examine data connected to the vaccine rollout, including issues such as behavioral changes post-vaccination with regard to adherence to the lockdown restrictions.

In order to do this, mobile phone data was analyzed, to determine whether people traveled further from home, or took part in larger gatherings, post vaccination.

“Using cell phone mobility data for 10% of the British population, linked to vaccination centres for February 2021, and difference-in-difference modelling that mimics a randomised control trial, we find that vaccinated users increase their mobility range compared to pre-vaccination mobility,” the report noted.

Thus, the SPI-B employed data company CKDelta, which collated data for 18,273,297 cell phone users from February 1 through February 28. No information was given about what group of phone users were involved, merely that CKDelta took information from “a large British mobile network operator.”

SPI-B stated that the details were dealt with in accordance with privacy procedures under the U.K. GDPR policy.

From that set of over 18 million people, the SPI-B analysts identified 4,254 people who had received their COVID-19 experimental injection. This group of people had an average of 40 daily call data records “with corresponding location observations.”

The location data accuracy was such that people were categorized as vaccinated or not, based on whether they were detected to be at the vaccination center. With the location data being on the “cell phone tower level,” users could be located with an accuracy of down to 300 meters in urban areas, or around 1–2 kilometers in rural areas.

After being identified as having been vaccinated, the 4,254 people were then monitored to examine their location movement.

However, speaking to The Telegraph, a government source was keen to point out that the location data was “not individual surveillance.”

“It is not GPS tracing data which is commonly used by some large commercial companies for targeted advertising,” the source stated.

He further defended the government’s actions, saying that the endeavour had been approved by an ethics committee at Oxford University, and that the data was “provided by the company as part of the Covid-19 response of sharing data for the public good.”

“Data was extensively anonymised by the company before it is used for research,” he continued. “Only a small group of pre-approved researchers had access to the data.”

However, when examining the process used, the methodology employed used a considerable amount of data. First the researchers compiled a list of the vaccination centers existing at the time, linking them to the nearby cell phone towers. Then, the data was analysed to assess whether people had been in the vicinity of a cell phone tower closest to a vaccination site on one specific day, according to their age, and their availability for the injection as per the government’s priority list. If the person was in the correct age bracket, and cell phone tower data placed them at the vaccination site on a specific day, they were judged to have received their vaccine.

The advertised underlying purpose of such research was to determine how much habits changed following the vaccination. Findings revealed that “average pre-vaccination mobility increased by 218 meters.”

Privacy campaigners have expressed concern regarding the use of cell phone data by the government, without the knowledge of those who were under surveillance. Silkie Carlo, director of Big Brother Watch, described it as “deeply chilling.”

“Millions of Brits will be disturbed to discover they were unwittingly tracked & subjected to behavioural analysis via their phones. SPI-B identified who has & hasn’t been vaccinated, where people live, their age and close contacts through this digital stalking. This is deeply chilling and damaging to public trust in medical confidentiality. Between looming Covid passports and vaccine phone surveillance, this Government is turning Britain into a Big Brother state under the cover of Covid. This should be a wake up call to us all.”

— Article continues below Petition —
PETITION: No to mandatory vaccination for the coronavirus
Show Petition Text
1072961 have signed the petition.
Let's get to 1100000!
Thank you for signing this petition!
Add your signature:
Show Petition Text

The news also caused a public outcry on social media channels. Richard Wellings, the deputy research director and head of transport for the influential think tank Institute of Economic Affairs, echoed Carlo’s words: “Ministers are using the pandemic as a pretext to turn the UK into a police state. This scandal is more evidence that vaccine passports are about mass surveillance and control, not health.”

But this is not the first time that such a surveillance event has been document in relation to COVID-19. Last November, the country’s espionage and intelligence agency Government Communications Headquarters (GCHQ), was revealed to have tracked the public’s movements and then provided that data to the Prime Minister.

GCHQ itself lauded its cooperation with the government’s COVID-19 response, although neither confirming nor denying any particulars of the assistance the agency provided. “We are part of the national response to the Covid-19 pandemic; protecting the NHS, supporting the Government’s development of data science and improving our nation’s economic resilience,” it wrote. “We are also tackling a shifting serious crime threat that is looking to exploit the crisis.”