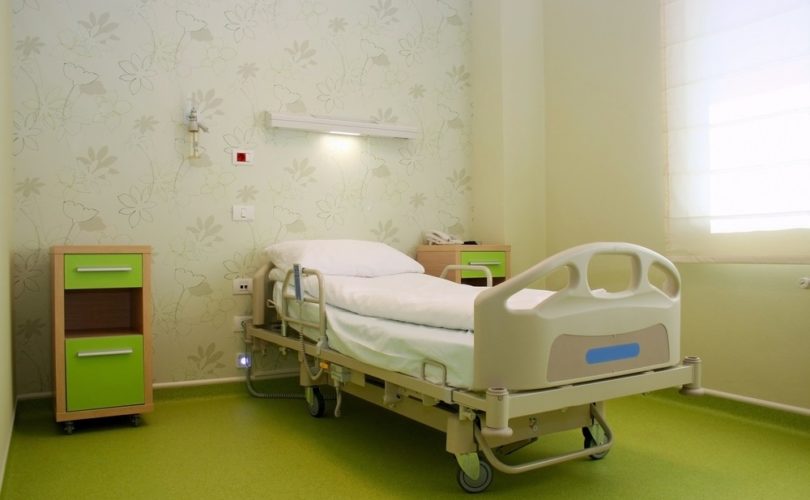 Last month, LifeSiteNews reported that despite NHS policy dictating that the sexes are generally to be kept to separate “sleeping accommodations or toilet/bathroom facilities,” exceptions are made for males who claim to be women, regardless of whether they have undergone “transition” treatment or even obtained a doctor’s recommendation.

These exceptions occur “routinely,” according to the Daily Mail, provoking outrage over the prospect of sexual assault victims being forced to sleep near men and at least one report of a “transgender” patient who “appeared to become sexually aroused on a female ward.”

“This is a very, very difficult question and the current rules of the NHS are that people are treated as they are presented, as they present,” he said. “So if somebody is a woman, and has gone through the legal changes to be a woman, then they are treated as a woman.”

“I think we need to look at what the rules ought to be,” said Hancock, who was wearing a rainbow NHS badge. “We have a very similar problem in prisons (…) I think essentially this whole area needs looking at.”

A record number of male inmates in England and Wales claim to be female, a subject that has garnered controversy in no small part due to cases like that of Stephen Wood, who assaulted four female inmates after being housed in a women’s facility because he “identifies” as “Karen White.” According to the Ministry of Justice, there is at least one “trans” inmate in every prison in the UK, double the number from two years ago.

Hancock added that the health system’s current rules were “set some years ago,” and blamed the NHS’ structure for the difficulty of changing things, at least in part.

“There’s a lot of law in this space, as well,” he said. “We can’t just move without serious consideration. The problem is, that is the current way the NHS organizes.”

The NHS also came under fire last summer for having administered puberty-stopping drugs to up to 150 children who may have been misdiagnosed as suffering from gender dysphoria when they were actually suffering from autism.