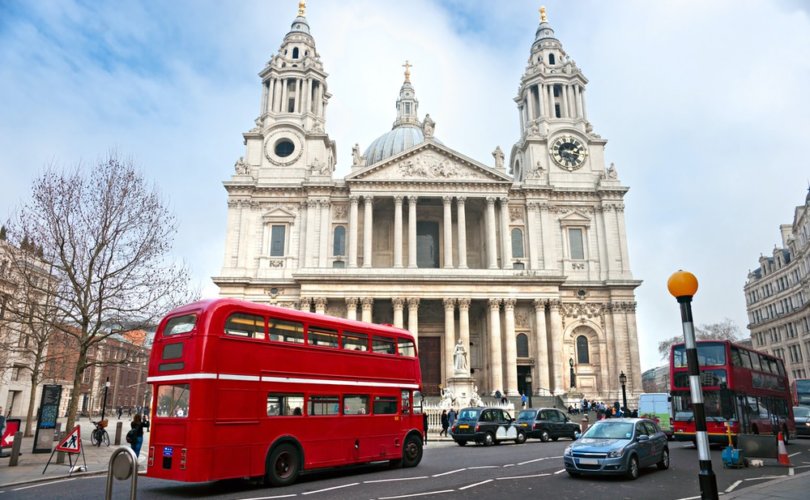 UNITED KINGDOM, July 7, 2020 (LifeSiteNews) — A U.K. High Court judge has said that the decision to restrict religious services during the coronavirus lockdown may have been illegal.

According to a report by The Guardian Mr. Justice Lewis dismissed virtually every claim in a legal action challenging various restrictions of individual and civil liberties during the lockdown.

Lewis referenced a recent High Court hearing, in which a chairman of a mosque in the north of England had argued that it was disproportionate to ban religious services during lockdown. The judge in that case said that he was “satisfied that there is a sufficiently arguable case to grant permission to apply for judicial review.”

“The courts had already concluded that it was arguable that the restrictions on use of a mosque for communal prayers was an interference with the freedom of religion guaranteed by article 9 of the convention. That issue was, therefore, to be the subject of a full hearing to determine if any interference as justified,” Lewis said.

“While it was similarly arguable that the restriction on communal worship in Roman Catholic churches may involve an unjustifiable interference with freedom of religion, that issue may have become academic in the light of amendments to the regulations which came into force with effect from 4 July. The parties were therefore invited to make further submissions on that issue,” he continued.

In March, the Catholic bishops of England and Wales prohibited the celebration of public Masses before the lockdown came into force and, according to their own statement, played a crucial role themselves in convincing the government to require that churches be closed altogether.

Now that churches are allowed to open again the Catholic Bishops Conference of England and Wales (CBCEW) has released guidance for the resumption of the public celebration of Mass, which includes members of the congregation wearing face coverings, only allowing Holy Communion in the hand while standing, a ban on congregational singing, and encouraging those who receive Communion to leave church immediately after Mass.

Last week the U.K. government published guidance “for the safe use of places of worship from 4 July,” which strongly advises that food or drink essential to services only be distributed into the hand. The government’s guidance also strongly encourages faith communities to avoid singing at services and for face coverings to be worn.

The government’s guidance also outlines the possibility of how failure to adequately comply with regulations and the enforcement of these by local authorities could in some instances result in criminal prosecution and even prison sentences.

But when the government’s guidance was announced, a group of 25 U.K. Christian leaders, including Church of England bishop Michael Nazir-Ali, said that they will continue their legal challenge against the government enforced closure of churches during the lockdown.

“Yesterday’s High Court ruling on places of worship is the second judgment in recent weeks to affirm that Article 9 of the European Convention of Human Rights is not only engaged, but that it was possibly violated by the government’s coronavirus restrictions,” Paul Huxley, Communications Manager for Christian Concern, told LifeSiteNews.

“The ruling suggests that the point may now be academic with the government’s latest, more permissive regulations. But this does not make the point – or our own legal challenge – moot. Even with the restrictions eased, it is important that the courts protect the rights of Christians and churches from government overreach at a time when Christian freedoms are under increasing pressure,” Huxley added.

“This autonomy and freedom are an innate right that Our Lord Jesus Christ has given her for the pursuit of her proper ends. For this reason, as Pastors we firmly assert the right to decide autonomously on the celebration of Mass and the Sacraments, just as we claim absolute autonomy in matters falling within our immediate jurisdiction, such as liturgical norms and ways of administering Communion and the Sacraments,” the signatories stated.