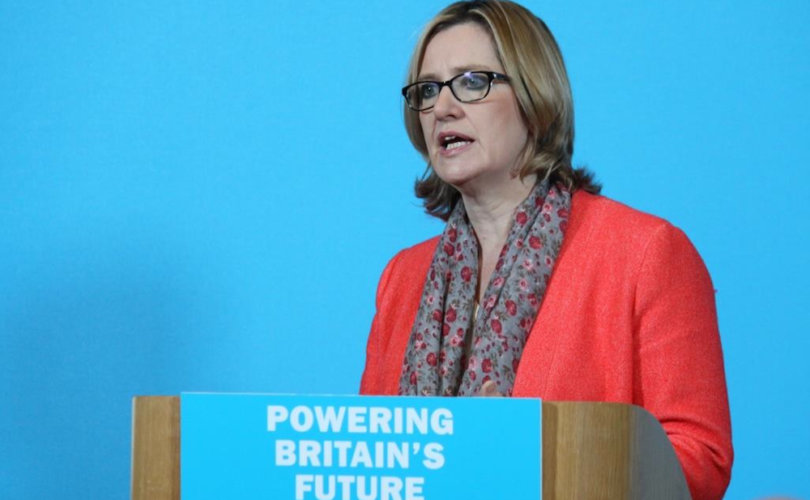 LONDON, England, November 28, 2017 (LifeSiteNews) — The United Kingdom may be the first “free” nation in Europe to ban prayer outside abortion businesses.

“The decision to have an abortion is already an incredibly personal one, without women being further pressured by aggressive protesters,” the Home Office said.

Abortion supporters are fighting on two fronts against pro-lifers. Rudd's proposed legislation is joined by Labour Member of Parliament Rupa Huq, who is proposing related legislation for “buffer zones” on public property outside abortion facilities where Christians may not stand or offer literature.

Huq says pro-lifers in her area of Ealing are “weaponizing rosary beads” outside the local Marie Stopes abortuary. Her petition letter for “buffer zones” claims that pro-lifers harass women by calling them “murderers.” But Huq, like Rudd, has offered no evidence or proof.

The Good Counsel Network organizes prayer at the Ealing Marie Stopes abortion business in west London. Director Clare McCullough emphatically denies the accusations against her companions. McCullough wrote a response to the Home Secretary to “state categorically that no one attending our vigils calls women seeking abortion ‘murderers.’”

Furthermore, McCullough said her pro-lifers do not “harass” women in any way. She pointed out in her response letter that England has laws against harassment, and if any in her organization actually did harass someone, they would have already faced just prosecution.

“Harassment is a crime. If we were harassing anyone, we would be arrested,” the pro-life leader stated. “In fact, what we’re trying to do is help women to have an alternative, if they’re willing to accept it.”

Nevertheless, 113 MPs signed Huq's petition, which also complains that the pro-lifers show “graphic” pictures of what goes on inside the abortion “clinics.”

“I’m amazed at the lengths people will go to stop pregnant women from looking at the alternatives,” McCullough added. “We try to make sure women are not being pressured into abortion. We’ve had hundreds of women accept help outside Marie Stopes.”

Earlier this month, Conservative MP Sir Edward Leigh read to Parliament the powerful story of one such woman who changed her mind and gave life, thanks to the care and love of pro-lifers outside an abortion business. She said her “amazing, perfect little girl,” now three, would have been aborted if the legislation Rudd and Huq propose were in effect when she went to kill her preborn child.

McCullough says the Ealing council is misusing the law. “Most lawyers would agree those orders were not put in place for this kind of issue. They’re not there to suppress freedom of speech,” she said. She accused the council of “a grave misuse” of the law and predicted such misuse “would have implications for all kinds of groups who are protesting all kinds of things.”