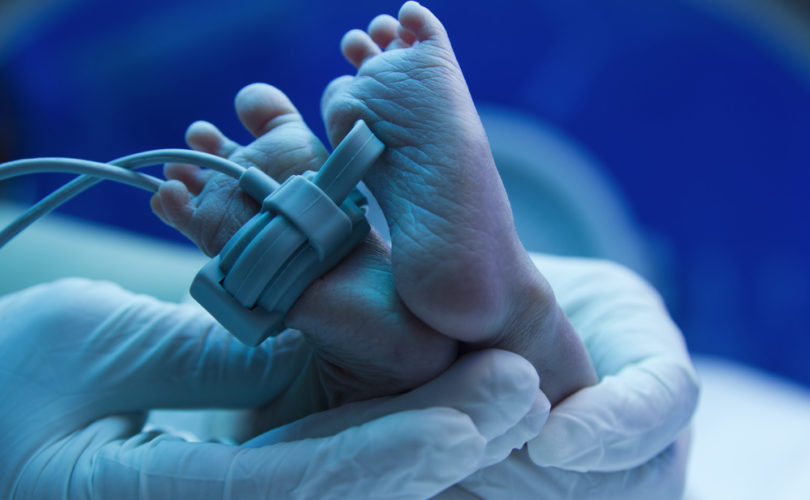 July 5, 2018 (Society for the Protection of Unborn Children) – The hospital in Chester, southeast of Liverpool, asked police in May 2017 to investigate a sudden, unexplained mortality-rate spike in the unit that houses premature babies and those needing special care.

The probe initially focused on the deaths of eight babies, but police confirmed on Tuesday that the investgation had widened to include a total of 17 deaths and 15 non-fatal collapses of babies between March 2015 and July 2016. The babies collapsed with heart and lung failure but, unusually, it was impossible to resuscitate them.

When doctors couldn't determine how they died, the police were asked to rule out “unnatural causes of death.”

A November 2016 report by the Royal College of Paediatrics and Child Health initially found no “definitive explanation” for the increase in neonatal mortality, but pointed out that the neonatal unit had “inadequate staffing”.

Lucy Letby, 28, was arrested Tuesday on suspicion of murdering eight babies and attempting to kill six more at the neo-natal unit at the Countess of Chester Hospital. She has also had her home searched in connection with this investigation.

“A number of bereaved families”

The Times pointed out that the tragic deaths of these babies threatens to shake confidence in the NHS as it marks its 70th anniversary.

Meanwhile, Mr Hughes, who is leading the investigation, said: 'This is a highly complex and very sensitive investigation and, as you can appreciate, we need to ensure we do everything we possibly can to try to establish in detail what has led to these baby deaths and collapses.'

'Due to the nature of the case and, as part of our ongoing enquiries, we have consulted with a number of medical specialists to ensure that we carry out as thorough an investigation as possible.'

'We have also spoken to a large number of people to gather as much information as we can.' He added: 'We recognise that this investigation has a huge impact on all of the families, staff, and patients at the hospital as well as members of the public.'

'Parents of all the babies are continuing to be kept fully updated and are being supported throughout the process by specially trained officers. '

'This is an extremely difficult time for all the families and it is important to remember that, at the heart of this, there are a number of bereaved families seeking answers as to what happened to their children.'

Dr Anthony McCarthy of SPUC commented, “This distressing case, following on from what has recently been revealed about practices in Gosport, reminds us that the deaths of babies and vulnerable adults need to be given special attention. This is not least because in a culture accustomed to abortion, and growing more accustomed to the idea of euthanasia, those who fall into certain categories of patient can be overlooked when it comes to investigations of possible maltreatment. We hope that the families of those who died will be honoured by a just and thorough investigation of these tragic deaths.”

If you know of a patient at risk, or have concerns, please contact our Patients First Network for advice.