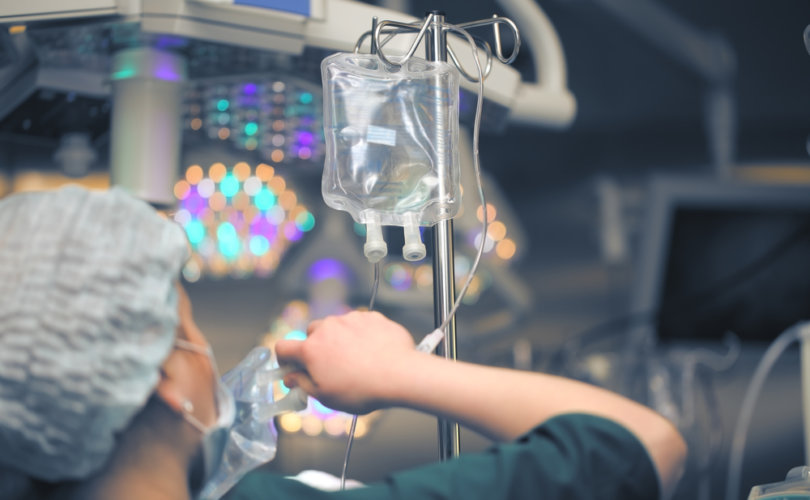 POLAND, December 24, 2020 (LifeSiteNews) — The sister of a man effectively sentenced to death by euthanasia by an appeals court yesterday has reached out to LifeSiteNews to say that her brother was not as ill as has been reported.

During yesterday’s court session, it was stated that the man, known only as RS or P, was in a coma. His sister rejects this statement.

“He is not on a respirator,” she wrote from Poland.

“He is breathing on his own.”

There is a publication ban in the United Kingdom on the name of all the parties in the case. LifeSite was independently able to confirm the sister’s identity.

As LifeSiteNews reported yesterday, a middle-aged Polish man, publicly known only as “RS” or “P” and who suffered brain damage after a heart attack, is lying in hospital in England. The hospital responsible for his care successfully petitioned a court for permission to discontinue life-sustaining treatment. The patient’s wife of 17 years supports the hospital’s wish to discontinue treatment. However, the patient’s mother and sisters do not, citing RS’s deeply held pro-life Catholic beliefs.

RS’s sister told LifeSiteNews today that the hospital has now disconnected her brother’s water supply. “We asked the hospital to wait for Mama, so she could say good-bye,” she wrote. “They didn’t wait.”

“My brother was a very religious and conservative man,” RS’s sister told LifeSiteNews via email.

“He went to church and received the sacraments. He studied at a Catholic high school. He went to [the shrine at] Częstochowa and to the Vatican. He had a photo from a personal audience with Pope John Paul II, of which he was very proud.”

RS’s sister told LifeSiteNews that RS regretted that he could no longer receive the sacraments after marrying a woman had been married previously. RS had considered possibilities for grounds for the annulment of his wife’s first marriage, the primary one being that she had been forced into the union by her mother.  Meanwhiles, RS continued to go to Mass.

“[My sister-in-law] herself said that [RS] went to church at least once a month,” his sister wrote.

“He couldn’t go more often because he worked a night shift.”

Meanwhile, RS’s sister insists that RS did not want to suffer the same fate as the late Alfie Evans. She told LifeSiteNews that he had been “outraged” by Alfie’s fate.

“[My brother] often commented on political events. He was outraged by the Alfie Evans case,” she stated.

“He did not agree that the courts and doctors could decide to pull the plug on someone. He criticized the judges who sentenced Alfie to death.”

RS’s sister told LifeSiteNews that she believed her sister-in-law was lying when she told the court that her brother “would not want to be a burden.”

“Really, she said herself that he was very pro-life, and that he had said once that if he was in a similar situation, everything should be done to save his life,” she said.

“That was compatible with his views.”

Like Alfie’s mother and father, RS’s mother and sisters didn't agree with medical opinions that   dying was in their loved one’s “best interests.” RS’s sister told LifeSiteNews that they had shown a neurologist a video of their brother, and he had told them that his condition might improve.

“We cannot have a normal consultation because the hospital does not allow us,” she said.

“He is not connected to a ventilator; he is breathing on his own. Yesterday they disconnected him from nutrition, despite us asking doctors if they would hold back until my mother could arrive, so that she could say good-bye.”

RS’s sister said that the family wanted to take him back to Poland, but the hospital would not agree. RS, who was born in Poland, has lived in the southwestern UK only since 2006. His sister, who still lives in Poland, characterized her brother as a caring family man who was overworked, both working a night shift and caring for his children at home. She said his wife was not employed.

The sister also stated that her brother’s wife had lied to the court about she and RS’s birth family not knowing each other and in saying that her mother-in-law was not interested in her children.

“Mama always asked my brother about her grandchildren, and she was sorry she had little contact with them,” the sister said.

Meanwhile, RS’s mother had made the acquaintance of RS’s wife and had met with her in their native Polish city. She had been at her daughter-in-law's family home for the wedding and also for her grandson’s First Communion party. RS’s sister had also met RS’s wife many times, including at RS’s father’s funeral. She said that RS’s other sister had also been to RS’s wife’s family home many times and was godmother to RS’s son.

RS’s sister also stated that her sister-in-law was not interested in contacting RS’s birth family and that the marriage was not a happy one.

“She didn’t want to contact us,” she said. “We don’t know why. She also wouldn’t allow him to bring the children to see us.”

“From my brother's stories, I know that he was not happy with her,” the sister continued.