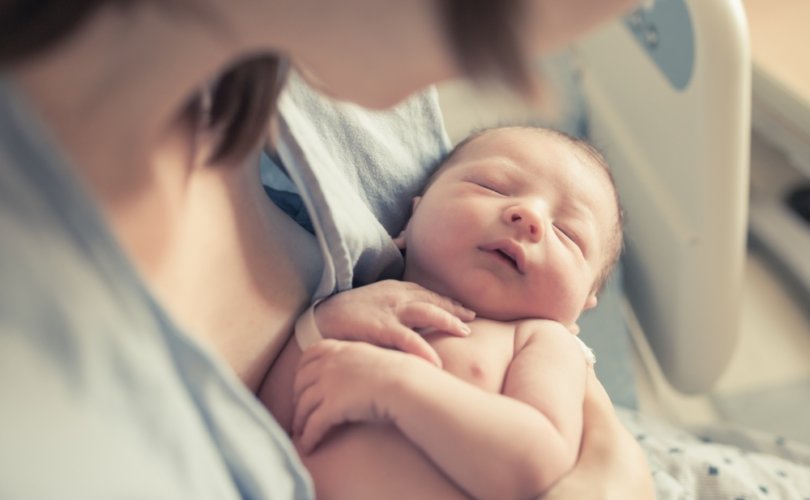 BRIGHTON, England, February 11, 2021 (LifeSiteNews) – Midwives in Brighton and Sussex University Hospitals (BSUH) NHS Trust are being told they must use the term “chestfeeding” alongside “breastfeeding” with postpartum mothers. Midwives must also use other “inclusive” language like “human” milk when talking about breastmilk, in order to appeal to the fewer than one percent of transgenders in the population.

The English hospital made the announcement about changes in policy regarding language on their website: “As part of our journey towards providing gender inclusive care for everybody we are working on updating the language on all of our resources, including our website and patient information leaflets.”

The hospital’s new language guide states that gender identity can be a “source of oppression and health inequality.” It also says that the gender-neutral terms will not be used exclusively but together with the original language. For example, the use of  “chestfeeding” will now be said alongside “breastfeeding.”

“We are consciously using the words ‘women’ and ‘people’ together to make it clear that we are committed to working on addressing health inequalities for all those who use our services,” states the English hospital’s Gender Inclusive Language in Perinatal Services guide.

“Our approach has been carefully considered to be inclusive of trans & non-binary birthing people without excluding the language of women or motherhood… if we only use gender neutral language, we risk marginalising or erasing the experience of some of the women and people who use our services.”

Some famous Brits have spoken up recently about the lunacy surrounding gender identity. Harry Potter author J.K. Rowling and former U.K. Telegraph columnist, Suzanne Moore, have been attacked by the left for defending biological truth. Moore resigned after more than 300 staff signed a petition against her for saying that “gender is more than a feeling.” Rowling was called transphobic when she tweeted her support for Maya Forstater, a British woman who was wrongly fired from the Center for Global Development (CGD) for questioning the British government’s scheme to let people declare their own gender.

Rowling, who is known for her liberal views on abortion and same-sex “marriage,” has since penned an essay about her refusal to “bow down” to gender ideology and cancel culture. Rowling wrote that she was “concerned about the huge explosion in young women wishing to transition and also about the increasing numbers who seem to be de-transitioning (returning to their original sex), because they regret taking steps that have, in some cases, altered their bodies irrevocably, and taken away their fertility. Some say they decided to transition after realising they were same-sex attracted, and that transitioning was partly driven by homophobia, either in society or in their families.”

The U.K. is not the only country that is muddying the waters when it comes to language and sex. In the United States, the National Institutes for Health (NIH) referred to women as “pregnant and lactating people” in a press release Wednesday. Titled, “NIH calls for greater inclusion of pregnant and lactating people in COVID-19 vaccine research,” the press release avoided using the words “woman” or “women” throughout the entire document except when it was quoting the named Task Force on Research Specific to Pregnant Women and Lactating Women from five years ago.