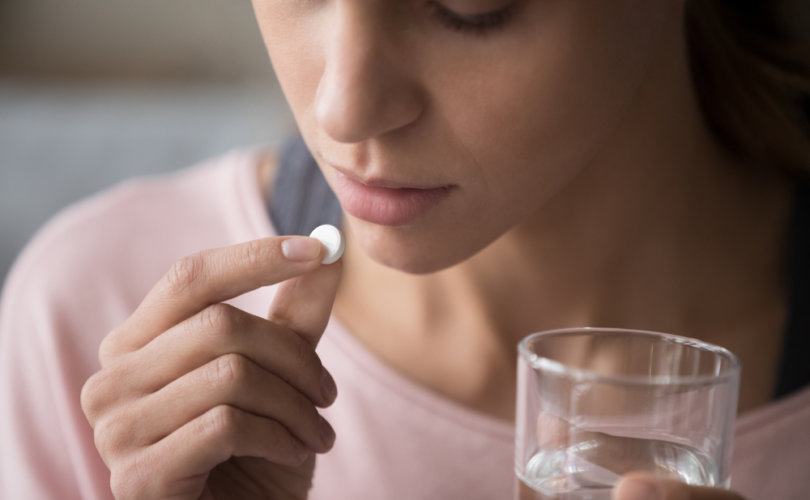 An amendment to the Health and Care Bill currently making its way through the U.K. Parliament would alter the 1967 Abortion Act to allow for women to procure the two drugs used to kill a child in the womb from their homes, following a telephone or online consultation with a physician.

As part of myriad measures introduced on the back of COVID-related lockdowns in 2020, the government introduced the controversial “pills by post” scheme for women seeking abortions in the U.K., provided they had a consultation with a doctor by phone or video call and were under ten weeks pregnant.

The legislation was passed on March 30, 2020, with a built-in expiration date of two years.

With the legislation set to terminate later this month an amendment to extend the provision indefinitely passed by 75 votes to 35, sending the bill back to the House of Commons for a vote in the coming weeks.

Speaking in the House of Lords last night, Baroness Sugg, who drafted the proposal, said that the amendment is “straightforward and narrow,” purporting solely to keep in place legislation permitting abortion pills to be received at home, the removal of which she said would represent a “rollback of women’s rights.”

Sugg claimed that medical abortion at home has “created a safer and more effective service.”

However, in a letter to Prime Minister Boris Johnson and Scottish First Minister Nicola Sturgeon, more than 600 doctors urged the government to “end the ‘home use’ abortion schemes currently in place in England, Scotland, and Wales,” owing to dangers associated with the service.

“The temporary provisions in England, Scotland, and Wales have already placed the health of many women and girls at risk,” the doctors argued, stressing that “there is no way to verify accurate gestational age via telephone without an in-clinic ultrasound.”

They also highlighted leaked information from NHS England on severe medical complications arising from the “pills by post” scheme, including “ruptured ectopic pregnancies and resuscitation for major haemorrhage” while noting one woman who was given the pills despite being 32 weeks pregnant, some 22 weeks beyond the legal limit.

A particularly egregious case has seen a police investigation launched over the alleged murder of a baby born alive to a woman who received the abortion pills, according to the doctors.

Alongside the medical risks, social risks can go undetected, the doctors warned, flagging the potential for coercive or abusive partners to take advantage of vulnerable women, or for child and sexual traffickers to cover their tracks, for example.

Furthermore, a U.K. poll of general practitioners [local family doctors] from February 2021 found that 86 percent of respondents had concerns that women were taking at-home abortion pills beyond the legal 10-week limit, with the same number concerned that making the policy permanent would put women at risk of being coerced into abortion by members of their family and friends.

Following the success of the amendment in the House of Lords, Alithea Williams, the public policy manager at British pro-life advocacy group Society for the Protection of Unborn Children (SPUC), expressed her deep disappointment the Health and Care Bill “has been hijacked to promote something that is not healthcare by any definition.”

Williams explained that the newly passed amendment is “a way to end the lives of unborn children that bypasses even the few safeguards for women that the abortion law provides.”

“Advocates of this dangerous policy say we must listen to women who are affected by it — they ignore the fact that in the Government consultation, 45% of the group of women who had accessed the pills by post service during the pandemic felt that there were benefits in relation to safeguarding and women’s safety in requiring at least one visit to a service to be assessed by a clinician. This is more than twice the number (22%) who said that there would be disadvantages.”

“It also ignores the evidence that 10,000 women have needed further hospital treatment after accessing this ‘service,’” Williams noted.

She said SPUC will be lobbying parliamentarians to reject the amendment when it goes back to Commons, stressing that the government had originally made “the right decision to end this policy after listening to the evidence.”

Concluding, Williams stated that the U.K’s “DIY home abortion scheme has inflicted untold damage to countless mothers and their babies. It should be consigned to history, where it belongs.”