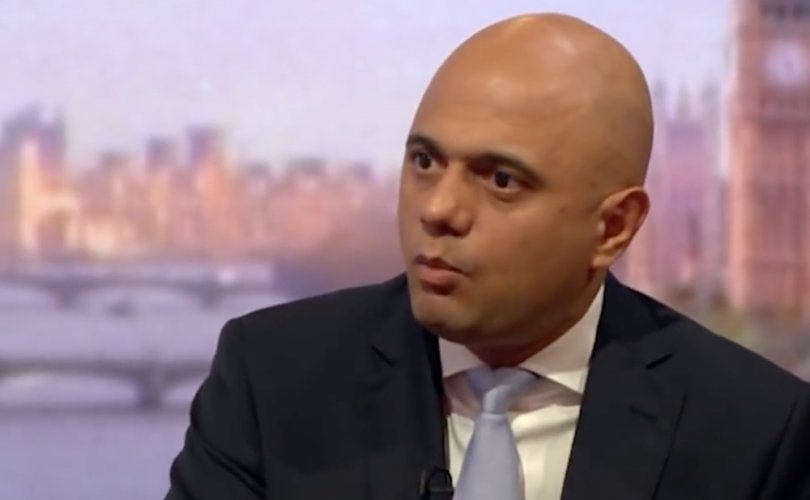 LONDON (LifeSiteNews) – The U.K. announced Tuesday that frontline health-care staff will be subject to mandatory COVID-19 injections in order to continue working, despite government documents suggesting that more than 120,000 health care staff might leave over the “extreme” mandate.

“All those who work in the NHS and social care will have to be vaccinated,” he stated, adding that “only those colleagues who can show that they are fully vaccinated against COVID-19 will be employed or engaged in the relevant settings.”

Javid’s dictate allowed little wiggle room to avoid vaccination, as he outlined that the “two key exemptions” were for staff who “do not have face-to-face contact with patients and a second for those who are medically exempt.”

The mandate would be introduced via an amended version of the Health and Social Care Act 2008, subject to parliamentary approval, and would come into force on April 1, 2022. It would affect staff in the National Health Service (NHS) as well as health care staff in wider settings across the country.

“No one working in the NHS or in care who is currently unvaccinated should be scapegoated, singled out or shamed,” Javid attested. “That would be totally unacceptable.”

“This is about supporting them to make a positive choice to protect vulnerable people, protect their colleagues and, of course, protect themselves,” said Javid, having previously stated that “it cannot be business as usual when it comes to vaccination.”

The U.K.’s national lockdowns were defended by politicians as being necessary to “save lives, protect the NHS,” and the weekly “clap for carers” was promoted as a way for locked-down Brits to thank the health service.

But political commentator Sophie Corcoran questioned how such a message could be reconciled with Javid’s announcement.

Hang on. For the last two years they have told us to curb our freedoms, lose our jobs, not see our family and lose our education to ‘protect the NHS’

And now they’re intentionally choosing to overwhelm NHS by sacking up to 32,000 staff?!

What was our sacrifices for?

Javid defended his move in Parliament, saying “the scales clearly tip to one side.”

But a governmental assessment of the impact of such a mandate suggested that while 89% of NHS staff were already “fully vaccinated,” the mandate would force a total of 126,000 unvaccinated healthcare staff to either comply or leave.

The cost to the NHS alone could be up to 73,000 staff members lost, with 38,000 predicted to leave the social care sector. The impact could be “significant,” according to the report, noting how already the “health system is currently stretched with an elective waiting list of 5.72 million and high levels of vacancies.”

Mandating the injections could also lead to a £270 million financial hit as employees look to replace the unvaccinated staff who might leave or be fired.

Despite this, and amid the annual concern about strain on the health services, Javid was supported by two previous Health Secretaries – Jeremy Hunt and the disgraced Matt Hancock, with Hancock arguing that “there is no respectable argument left not to force health and social care workers to get jabbed.”

Javid intimated also at potential future mandates regarding the flu jab, saying he was “not convinced we should go ahead with flu at this stage, but the option remains open.”

The government has already mandated COVID jabs for care home staff, but has had to delay its deadline until November 11 due to the low rates of  injection.

Now, though, care home managers are begging for another delay, warning of a “mass exodus” of staff, with one manager saying, “The risk COVID presents to my residents is now dramatically lower than not having enough staff to care for them … The facts have changed, so the policy should change. Mandating the jab is just pouring petrol on an already burning fire and fanning the flames.”

With the government refusing to change the deadline, some 60,000 care home staff are predicted to be fired Thursday, adding fresh danger to the social care sector, already widely “on the brink of collapse.”

Sara Gorton, head of health at UNISON – one of the U.K’s largest unions – called Javid’s latest move “extreme,” saying it “wasn’t something the government needed to do.”

Observing how most of the NHS staff had reportedly taken up injection offers, Gorton said, “Now this sledgehammer policy risks doing more harm than good … It will move effort and attention away from caring for Covid patients and clearing the backlog created by the pandemic.”

NHS Providers chief executive Chris Hopson warned that potential staff shortages in the NHS was a “real problem” should staff leave over the mandate, saying the government must “manage both” COVID and staffing levels. Hopson ultimately welcomed the move, saying he could “see the logic” in it.

Frontline NHS staff have already expressed concern over the news, with one nurse stating clearly that “staff will simply leave.”

The Daily Mail reported that a number of staff further revealed how they would leave the NHS rather than comply, with a 13-year veteran nurse who worked in the COVID wards slamming the mandate as “pointless.”

“It seems ridiculous to lose it [her career] over something that is well — getting a vaccine that doesn’t stop you from getting the virus,” the unnamed nurse told the Mail.

David Kurten, pro-life leader of the Heritage Party, described the mandate as “openly destructive to individuals and the nation as a whole.”

Writing anonymously on lockdown sceptic Laura Dodsworth’s site, one NHS nurse pointed out the irony of the situation.

Noting that “every single patient” on a COVID remote monitoring ward was “double or triple vaccinated,” the nurse highlighted the lack of vaccine efficacy. “Why should I lose my job if I decide not to be vaccinated?” she asked as a result.

Mandating injections would be “ethically wrong and scientifically unsubstantiated,” she added.