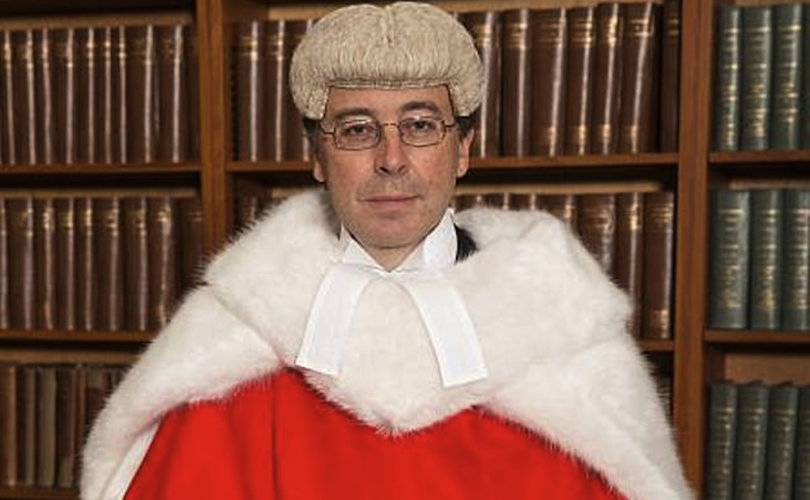 LONDON, May 14, 2019 (LifeSiteNews) — A judge in the United Kingdom ruled that a couple may send their 4-year-old foster son to school in girl’s clothing after allowing him to identify as a girl.

High Court Justice David Williams of the Royal Courts of Justice in Westminster decreed that despite objections by social services of Lancashire County, which had argued that the unnamed couple had “acted in a precipitate manner in relation to perceived gender dysphoria,” the boy should not be removed from his parents’ care as had been requested by Lancashire council officials.

According to the Daily Mail, experts had given glowing reports about the parents and their parenting skills. However, school officials had expressly asked the parents to refrain from sending “H” in girls’ clothing.

The judge’s decision to sanction the gender transitioning of such a young child is believed to be unprecedented in the UK.

During a closed hearing in April, Justice Williams praised the “attuned and careful” foster parents, who requested the judgment be made public so that there would be no “cloud of suspicion hanging over them.” The boy was identified as “H” in court records.

According to Justice Williams, “Issues relating to gender identity and the medical understanding of such issues is complex and developing. Inevitably, there is some lag between those professionals at the cutting edge and others, in which I include myself, which might have played some role in how these proceedings came about.”

Experts testified in court that “H,” in their view, showed behavior “consistent with a diagnosis of gender dysphoria.” They advised that they “provided clinical justification” for the parents to foster gender transitioning. Justice Williams found that “H” identified as a “content, alert and socially engaged little girl.” He determined that “H” was not harmed by a “complete transition into a female occurring at a very young age,” saying there was not evidence “it was actively encouraged rather than appropriately supported.”

According to court records, six-year-old “C” said his brother “H” was a “'boy when she was born.” However, he added, that “H” is “now a girl and would grow up to be a woman.”

According to the Spectator.co.uk, the foster couple had sent “H” to school in a girls’ uniform at age 3 and had allowed their biological son to do so at age seven. Also, a third foster child who had been in their care is reportedly showing “gender identity issues.” Altogether, the couple has two biological and three foster children.

The Spectator reported that expert witness was provided by Vickie Pasterski, a psychologist employed by the private London Transgender Clinic. While the number of patients attended by staff frome National Health Service of the UK does not increase staff income, private clinics such as the London Transgender Clinic appear to profit by increasing the number of patients served.

In late 2018, staff at the NHS Gender Identity Development Service (GIDS) at London’s Tavistock Clinic asserted that some cases of children claiming gender dysphoria had not been adequately assessed. Some patients agreed with senior staff about these concerns, leading to an investigation. In February 2019, the governor of the NHS trust who operated Tavistock resigned, having denounced its ”‘blinkered” attitude to the concerns.

Five former NHS clinicians who resigned from Tavistock allege that “life-changing medical intervention” for children and teens had been granted “without sufficient evidence of its long-term effects.” Some children, they said, were misdiagnosed as “transgender” because they had experienced same-sex sexual attractions.