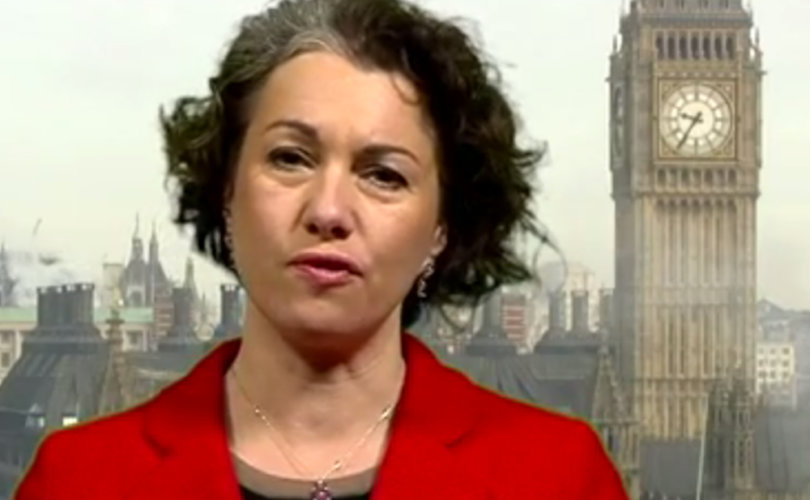 LONDON, England, November 4, 2016 (LifeSiteNews) – A Labour MP has renewed her call for sex education for children as young as age five in order to combat sex abuse, but an influential family group responded that teaching sex outside of marriage will only make things worse.

MP Sarah Champion first called for comprehensive and mandatory sex and relationship education in September in a report on child sexual abuse authored by her parliamentary committee. Its call for stricter enforcement and tougher penalties won wide support, but sex education for five-year-olds never got off the ground.

Champion, who is Labour’s abuse prevention critic or “shadow minister,” has her own organization, Dare to Care, that addresses child sexual abuse, and she claims her work has made her aware that the problem is huge and, because of the Internet, growing. “It is truly shocking. Most recent data from NSPCC approximates that half-a-million children are being abused,” she told Huffington Post UK.

Now, without Parliament’s help but aided by two child welfare agencies — The National Society for Prevention of Cruelty to Children and Barnardo’s — Champion has produced a report aimed at better prevention rather than prosecution. It calls for more education for teachers, doctors, and child workers on how to spot the symptoms of child abuse. Parents also will get some help.

Champion only hints that parents might be the problem, with numbers showing most abusers are family or friends. For girls, most abuse happens in the home. For boys, it’s at the sports club, scouts, or youth activity.

Instead of using the term sex and relationship education, Champion is calling for children in “Key Stage 1”—ages five through seven —to receive “resilience and relationship education.” But the British media are not put off the scent that easily. Blared the Huffington Post in a headline on Champion’s latest work: “Sex Education Should Teach Kids About Sexual Abuse From Age Five, Says Labour MP Sarah Champion.”

Also fairly typical for the UK news media, they falsely claimed Champion wanted to show pornography to five-year-olds. In fact, she blames pornography for grooming children for abuse. “It has also become obvious to me that young people are much more tolerant of relationship violence than previous generations were. They now almost expect abuse if they enter into a relationship. Why? Children do their own research through online pornography. Children are regarding porn as a lesson in how to have sex, without the context or the understanding to view it as a fantasy, promoted by an industry that normalizes violence against women and girls.”

But conservative critics, while approving Champion’s negative take on pornography, are skeptical about “resilience” education. A quick look at a Harvard University Center for the Developing Child report reveals that “resilience,” or the ability in a child to flourish in spite of adversity, is acquired organically from having least one positive, stable relationship with an adult and not learned at school.

The Family Education Trust, which opposed Champion’s earlier proposal for sex education under its own name, expressed serious concerns over its replacement for the same reasons. Norman Wells, the Trust’s director, told LifeSiteNews, “One thing is for sure: If either RRE or SRE — or both — were to be made compulsory curriculum subjects for all children in all schools, it is inevitable that there would be more government prescription and that parents would have less say as to what is taught.

“In such sensitive and controversial subject areas, that would be unacceptable and would go against the fundamental principle of education law that pupils should be educated in accordance with the wishes of their parents.”

Also, “the report reflects a deep distrust of parents. While it refers to 'proactively equipping and supporting parents' and to the need for a public health campaign to 'upskill parents,' the proposal that RRE/SRE should be compulsory even for home-educated children suggests that parents cannot be trusted to keep their children safe even when they are taking full responsibility for the education of their children. Such a proposal is highly intrusive. The report also betrays  a distaste for the right of parents to withdraw their children from RRE/SRE lessons,” Wells told LifeSiteNews.

But even more fundamentally, Wells argues that sex education materials that try to teach how sexuality should be expressed puts all the stress on good feelings, good intentions and equality but leaves out family, selflessness, child rearing, and marriage. “There is evidence that, far from being the solution to sexual harassment and sexual violence, some commonly-used materials can exacerbate the problem,” Wells said.

This material is not only “explicit,” but it “fails to teach children about the importance of marriage and stable family life.” Moreover, “young people are being given the impression that sexual urges and impulses cannot be controlled and must be expressed.” This is “contributing to the problem.” Wells said parents need to stay in control of any sex or relationship education given their children, and it must explain sex as “an expression of a total, lifelong commitment.”