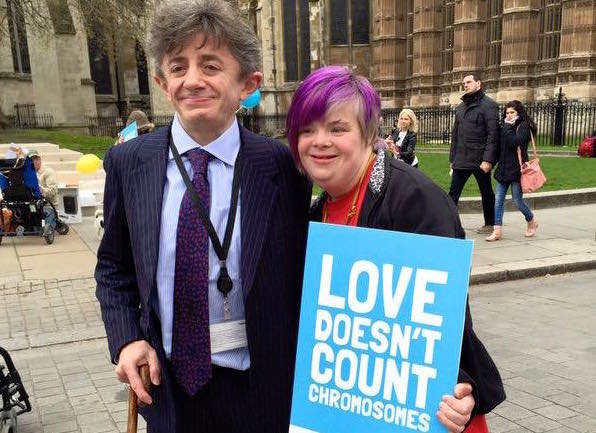 Lord Kevin Shinkwin has proposed a bill that would prevent preborn babies from being targeted for abortion due to disability.

October 19, 2016 (LiveActionNews) — This Friday, the United Kingdom’s House of Lords is set to debate a bill that would prevent preborn babies from being targeted for abortion due to disability. The bill, proposed by Lord Kevin Shinkwin – who has a disability – would remove two clauses from the UK’s 1967 Abortion Act:

“For as long as this discrimination is allowed by law and remains on the statute book, how can I, as a severely disabled person, reasonably be expected to regard myself as an equal?” Shinkwin asked peers at the Queen’s Speech debate in July. Referring to opponents of the proposed bill, Shinkwin commented, “I respectfully invite them to imagine the outcry if the same were applied to skin colour or sexual orientation. Such discrimination would rightly be regarded as outrageous.”

In July of this year, a bill seeking to legalize the abortion of preborn children with disabilities was defeated in neighbor Ireland. In May, Live Action News writer Christina Marie Bennett reported on the UK campaign “Don’t Screen Us Out,” which stands against prenatal testing for disabilities due to the fact that so many of these children are aborted for eugenic reasons:

They believe the pressure parents receive to abort, along with a lack of support, violates the UK’s obligations stated in the Convention on the Rights of Persons with Disabilities (CRPD). The CRPD states that people with disabilities and their families should be accommodated, included, and supported by society….

They caution against detecting children with disabilities until those reforms are achieved and anti-disabled discrimination is avoided.

If passed, Lord Shinkwin’s bill could be the most significant pro-life legislation since abortion was legalized in the UK.