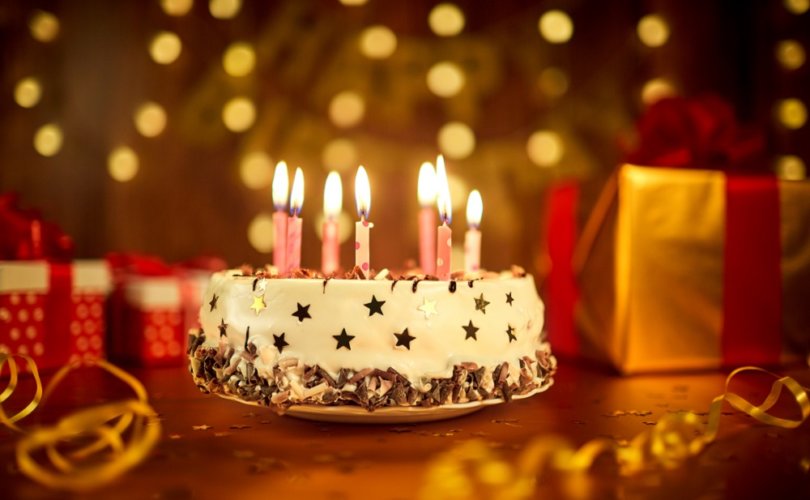 NOTTINGHAM, United Kingdom, August 29, 2019 (LifeSiteNews) — Georgie Wildgust wasn’t expected to live past age 10, but the Nottingham man celebrated his 77th birthday last Saturday in good health and in the company of family and friends.

Born with Down syndrome, Wildgust is a retired gardener and described as “very independent” by his niece, Nikki Wright, who visits him every week at Watcombe Circus, a disability care home in Carrington where he lives with 11 other residents, reported the Nottingham Post.

“He is so happy all of the time. He is amazing. His mum was told he wouldn’t live past 10 when he was born but look at him now!” Wright said.

“He was always told by his mum that he can do anything and because of that, he has always been very independent. He doesn’t like being told what to do really but I do think that is why he has reached 77,” she told the Nottingham Post.

Wright also credits her uncle’s longevity to his “active social life” at the centre, where he moved in 1993 after his mother died.

Wildgust loves to dance and sing karaoke, and “used to do drama classes every week, which he loved. He does less of that now but he does keep busy,” she said.

“I think being kept busy and socialising here has really helped him. The staff are amazing and it is such a family here.”

“He absolutely loves it. He also only watches BBC1 on TV. He will know if it isn’t on the right channel straight away,” she said.

“He is such a miracle. He has been through some medical issues this year and he was put on end-of-life care but he bounced right back,” added Lacey.

“When he came back from hospital, he just said ‘y’all right darling?’ like nothing had happened.”

Wildgust is one of three children. His older brother, Colin, died three years ago, and his younger sister, Jean, keeps in touch with him by Skype from Australia, the Nottingham Post reported.

The local Down’s Syndrome Association lauded the milestone on Twitter:

Georgie Wildgust was given a life expectancy of just 10 years when he was born, but he has proved doctors wrong to reach 77 in good health! A very HAPPY BIRTHDAY to you Georgie! ���� https://t.co/FCKTacmMwW

“Everyone at the Down’s Syndrome Association wishes Georgie a very happy birthday and all the best for the future,” the association told the Nottingham Post.

“Thanks to medical advances and the care and love of those around them, the average life expectancy for people with Down’s syndrome is now between 50 and 60 years, with a small number of people living into their seventies and beyond,” it stated.

Wildgust is thought to be one of the oldest people in the world with Down syndrome, but his countryman Kenney Cridge of Tintinhull, Somerset, was officially named the world’s oldest living man with Downs by Guinness World Records officials in 2008. Such records are no longer kept because Downs is a disability.

According to U.K. Metro, the oldest man with Down syndrome was American Bert Holbrook, who died in 2012 at age 83.

But such landmarks come in the midst of what Lauren Bell of Pregnancy Help News described in 2017 as a global “holocaust of Down syndrome babies.”

Iceland boasts of being a Down syndrome–free country, but that’s because 100 percent of babies diagnosed in utero with the condition are aborted, she noted.

In 2009, only three babies in Iceland were born with the genetic condition. By 2017, no Down Syndrome baby had been born there in five years.

Denmark is following suit, predicting that it will be a “Down syndrome–free” nation in the next 10 years, Bell wrote.

And 90 percent of babies diagnosed with Down syndrome in the womb are aborted in Great Britain and the United States.

“It is never easy for a parent to receive devastating news during a pregnancy. But the overwhelming majority of parents who have a child with Down syndrome report their outlook on life is much more positive because of their child,” observed Bell.

“The value of a child born with any disability cannot be eradicated by any nation. They are created in the image of God.”