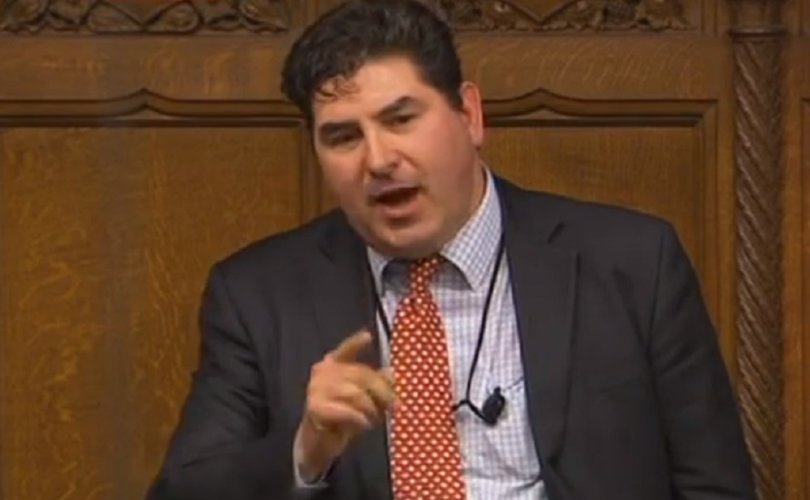 November 14, 2019 (Society for the Protection of Unborn Children) — A parliamentary candidate has been deselected from standing for the Liberal democrat party after a backlash about his pro-life views. In a powerful defence of his pro-life position, prospective parliamentary candidate Rob Flello said: “I have been a member of parliament for 12 years, I have well known, well documented views on issues such as abortion, pro-life issues, same-sex marriage — issues that I feel very passionately about and really go to the heart of who I am as a Christian, first and foremost, and then, secondly, as an MP.”

Mr Flello, who was Labour MP for Stoke-on-Trent South from 2005 to 2017, announced last week that he would be contesting his old seat for the Liberal Democrats. Within 36 hours, the Lib Dem press team had released a statement that he was no longer going to be their candidate in the constituency saying it had become clear “how greatly his values diverge from ours.”

Protecting The Most Vulnerable Incompatible With Modern World?

“This is an appalling act of discrimination against a pro-life Christian,” said Michael Robinson, SPUC's Director of Parliamentary Communications and Campaigns. “Mr Flello, a Catholic, was a prominent opponent of abortion and same-sex marriage during his time as an MP, and his votes on the issues are a matter of public record. It seems that the Lib Dems were reacting to a number of tweets denouncing Mr Flello as a 'homophobe' and an opponent of women's rights. In fact, Mr Flello was fearless in standing up for the rights of unborn babies and natural marriage.”

Mr Flello said he now doesn't know whom he is going to vote for on 12 December: “I certainly know it won't be Liberal Democrats because I could not in good conscience vote for a party that thinks protecting the most vulnerable people in society, those who are yet to be born, issues around euthanasia, other pro-life issues and indeed generally people who have a faith and want to practice it, I couldn't vote for a party that thinks that is somehow incompatible with the modern world.”

Mr Flello said: “I applied to become a Lib Dem candidate for the General Election, was in touch with some senior people within the Lib Dems who have known me for a long time and knew my position on issues, went through a very rigorous selection process — far more rigorous than I think I've encountered with any other political party — and then, literally, a very short time after announcing that I was a candidate…I was then all of a sudden told I was being de-selected because of my views on abortion and same sex marriage.”

He went on: “In my view, this is just blatant discrimination on the grounds of my religious beliefs and deeply, deeply troubling as to what the implications are for Christians across the UK who will be making a decision … about who they vote for and quite clearly there is a problem with practicing Christians and, it will appear, the Liberal Democrat Party.”

Mr Flello says that the party has not followed its own procedures and that he is seeking legal advice.

This is not the first time the Liberal Democrats have attacked a party member for having Christian and pro-life views. Former party leader Tim Farron was forced to stand down after being repeatedly interrogated about his views on abortion and same-sex relationships.