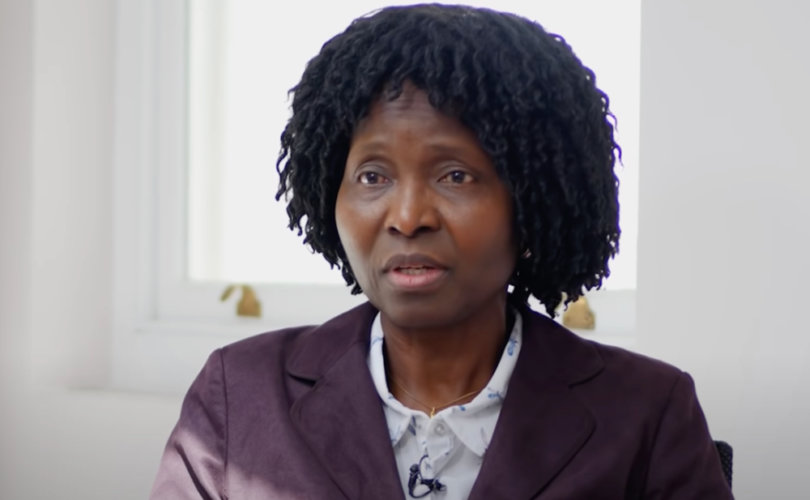 LONDON (LifeSiteNews) – A Catholic nurse in the U.K. fired from her job for wearing a cross was a victim of “direct discrimination” and dismissed unfairly, a tribunal ruled.

Mary Onuoha had worked as a theatre practitioner at Croydon University Hospital for 18 years but was forced out of her job in August 2020 after what has been described as a two-year “campaign of harassment” against her due to her refusal to remove her cross necklace.

Onuoha, born in Nigeria, is a devout Catholic and wore her cross daily without problems throughout her nearly 19 years working at the NHS hospital in Croydon.

The Christian Legal Centre, who supported Onuoha in court, reported that she faced increasing harassment “from a succession of line managers” starting in 2015 over her refusal to remove her cross.

Onuoha defended wearing it, stating that it was a symbol of her faith.

However, by August 2018 hospital management ordered Onuoha to remove her cross, alleging it was in violation of the hospital’s “Dress Code and Uniform Policy” and therefore a health risk to her and to patients.

NHS managers, who had faced criticism based on a 2017 inspection over failure to enforce the dress code, subsequently told Onuoha to either remove the cross or conceal it beneath her uniform.

The Employment Tribunal’s ruling detailed how Onuoha was even approached by her managers while attending to a patient under a general anaesthetic in the operating theatre. Onuoha’s manager “literally interrupted surgery” to confront Onuoha about the cross.

Despite the hospital’s claimed concern about “infection” risk, the Tribunal noted that Onuoha’s cross was “not visible when she was working as scrubbed in nurse.” [sic]

Onuoha spent around “70%” of her time working in theatre, where her cross would have been covered by the uniform and additional personal protective equipment.

Upon her continued refusal to remove her cross, Onuoha was reassigned to non-clinical duties.

In the face of the continued “harassment,” Onuoha was forced off work with stress in June 2020 and resigned two months later.

However, the Tribunal ruled Onuoha had been “constructively dismissed and the dismissal was unfair.”

Croydon Hospital was “an offensive, hostile and intimidating environment,” the Tribunal added, and had applied its dress code “in an arbitrary way and in a way that was not proportionate.”

Furthermore, there was “no cogent explanation” why “plain rings … neckties … kalava bracelets … hijabs and turbans” were allowed, but a cross was not.

“Given the inconsistency of treatment between employees wearing other items of religious and non-religious apparel that had no work-based function but had a comparable risk profile,” the Tribunal stated that the hospital’s alleged concern about infection “simply did not justify” Onuoha’s treatment.

Onuoha’s lawyers also questioned why the hospital’s lanyards were deemed safe to wear while at work, but her much smaller cross was not.

Onuoha alluded to such double standards in light of the ruling. “This has always been an attack on my faith,” she said.

“My cross has been with me for 40 years. It is part of me, and my faith, and it has never caused anyone any harm. At this hospital, there are members of staff who go to a mosque four times a day and no one says anything to them. Hindus wear red bracelets on their wrists and female Muslims wear hijabs in theatre.”

— Article continues below Petition —
PETITION: BOYCOTT IKEA for Discriminatory Policies Towards Unvaccinated Workers!
Show Petition Text
36203 have signed the petition.
Let's get to 40000!
Thank you for signing this petition!
Add your signature:
Show Petition Text

The Tribunal noted how preventing Christians from wearing a cross was in some areas “a feature of wider persecution campaigns,” and that Catholics were “urged … to wear the symbol of the cross on their clothing every day.”

Following the ruling, Croydon Health Services NHS Trust issued a statement apologizing to Onuoha, saying “it is important that NHS staff feel able to express their beliefs, and that our policies are applied in a consistent, compassionate and inclusive way.”

The NHS trust claimed that its dress code had been updated in 2019 to be “inclusive and sensitive to all religious and cultural needs,” promising a “further review” of the policy in light of the judgment.

Meanwhile, the Christian Legal Centre’s Andrea Williams described the case as being a “high-handed attack from the NHS bureaucracy on the right of a devoted and industrious nurse to wear a cross – the worldwide, recognised and cherished symbol of the Christian faith.”

“It was astonishing that an experienced nurse, during a pandemic, was forced to choose between her faith and the profession she loves,” Williams added.

Caroline Farrow, Catholic journalist and a regular on U.K. television programs dealing with Catholic issues, told GB News that there was a mixture of “anti-Christianity” and “idiocy” within the workplace, condemning what she described as “antipathy to Christianity.”