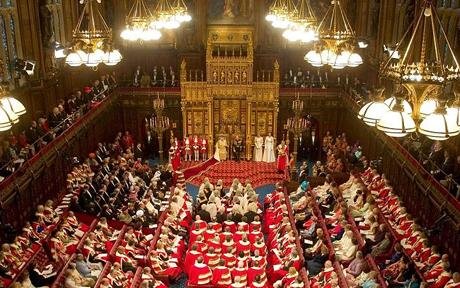 LONDON, February 24, 2015 (LifeSiteNews.com) – Britain’s House of Commons rejected a bill aiming to ban sex-selective abortion on Monday in a vote of 292-201.

The lower chamber passed the bill at first reading on November 4, but yesterday lawmakers instead approved a measure calling for an inquiry into the prevalence of gender-based abortion in Wales, England, and Northern Ireland.

Tory MP Fiona Bruce's landmark Abortion (Sex-Selection) Bill sought to clarify “that nothing in section one of the Abortion Act 1967 allows a pregnancy to be terminated on the grounds of the sex of the unborn child.”

Bruce's bill was strongly opposed by labor unions and some Labor Party politicians on the grounds that bill would “divide communities.”

A letter circulated to Labor MPs by the Trade Union Congress (TUC) said that banning sex selective abortions might leave women “vulnerable to domestic abuse,” and that “the amendment does not attempt to address the root causes of deeply entrenched gender discrimination but rather has divided communities.”

Religious leaders of Asian communities that may be the focus of the TUC's claim were quick to respond that there is no division on the practice and that they all viewed sex-selective abortion as abhorrent.

Muslim, Sikh, and Hindu representatives all gave their full support to the anti-gendercide bill, and condemned the TUC’s suggestion as “ridiculous rubbish.”

Dr. Majid Katme of the Islamic Medical Association said, “The claim that the amendment is divisive is ridiculous. It’s rubbish,” according to the Daily Mail.

“No-one will accept that. How will this divide communities? This is upsetting only the pro-choice people, that’s all,” he said. “All the major faith groups in the UK are strongly united against this criminal act of killing girls in abortion.”

“Why in a civilized society do you target girls to be killed? Why are we going the way of India and China in targeting girls?”

Bal Sandhu of the Sikh Council UK said, “I am absolutely shocked. This is completely out of the TUC’s remit. It is very offensive.”

The TUC letter also claimed that there is no evidence that sex-selective abortion, especially of girls, is actually taking place in the UK and that existing medical guidelines prohibit the practice.

However, Fiona Bruce tabled her bill as a result of a decision by the UK’s Crown Prosecution Service that declined to prosecute abortionists caught on camera agreeing to sex-selective abortions in an undercover exposé by The Telegraph, saying that such prosecutions are “not in the public interest,” and there was no “realistic prospect of conviction.”

The two abortionists caught in the sting, Dr. Prabha Sivaraman and Dr. Palaniappan Rajmohan, have since been ordered to appear in court to face charges of offering to perform illegal sex-selective abortions.

Another letter opposing the bill sent to Labor MPs by Yvette Cooper, the shadow home secretary, claimed that a ban on sex selective abortions would have “troubling consequences” as it could ban abortions for “gender-specific abnormalities.” Cooper's missive also took issue with the use of the words “unborn child” in Bruce's bill, claiming that “children are accorded a wide range of protections and rights that are not accorded to the foetus.”

“Her reaction to the phrase unborn child,” Williams said, “reveals her real motivation: extreme ideology that defends abortion even when it constitutes an abuse against women. The truth is that the law itself attributes the word ‘child’ to fetal human beings in the felony of ‘Child Destruction,’ which applies in the third trimester.”

“This amendment would do nothing but simply force the Government’s hand (who are already on record as stating that they believe sex-selective abortion is illegal) to act to combat sex-selective abortion, and thus help vulnerable women and girls. Both the Shadow Home Secretary and the TUC betray their missions when they oppose it,” Williams concluded.