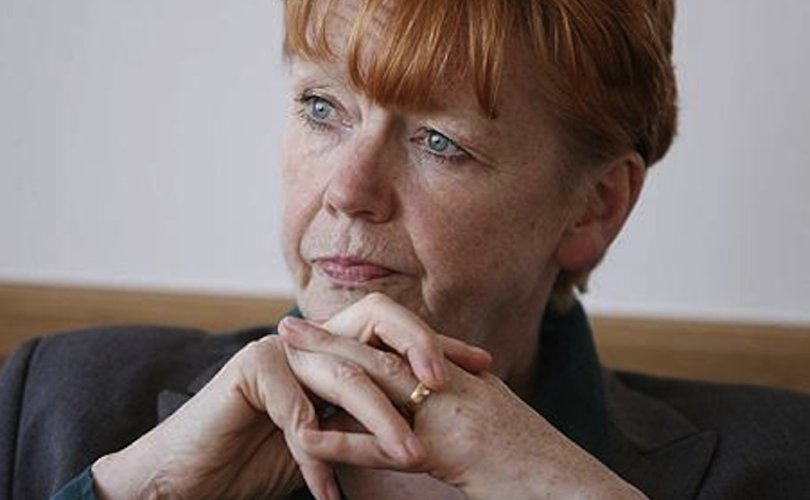 August 5, 2016 (LifeSiteNews) — The newly elected chair of the United Kingdom’s Association of Police and Crime Commissioners is pushing for compulsory sex education in all schools, including primary, stating that children must be taught to protect themselves from sexual predators.

Vera Baird launched her lobby in a Guardian August 1 op-ed, warning of the skyrocketing costs of investigating a “dramatic escalation” of reported child sexual abuse cases in the wake of the Jimmy Savile scandal.

Re-elected in May as Police and Crime Commissioner in England’s northeast district of Northumbria, Baird asked those who “care about protecting our young people” to get in touch with her: “It may be we can tip the desirable into the attainable if we act together now.”

But Anthony Ozimic, communications director for the Society for the Protection of Unborn Children (SPUC), says the new APCC chair was a minister in Tony Blair’s Labour government and “is a hard-core anti-life/anti-family apparatchik.”

And she “is using the issue of child abuse as a red herring to promote the sexual rights agenda,” Ozimic told LifeSiteNews in an email.

Contrary to what Baird claims,“exposing pre-pubescent children to information about sex will not protect them from abuse but may well in fact lead them to being sexualized,” he observed.

“It is no coincidence that the abortion and contraception industry is among one of the most vocal supporters of compulsory sex education,” Ozimic said. “Groups like IPPF, the Family Planning Association and Brook have carefully prepared sex education materials which they know will provide them with a steady stream of clients for years to come.”

According to Baird, Britain’s Operation Hydrant — the national hub coordinating several ongoing police investigations into reports of non-recent child sexual abuse by public figures or within public institutions — will be investigating 200,000 cases by 2020 “if current trends of reporting continue.”

Reporting such cases has burgeoned since the government established the Goddard inquiry in January 2015, which projected a five-year scrutiny into alleged incidents of institutional child sexual exploitation. (Justice Lowell Goddard, however, just announced her resignation.)

The inquiry was launched in response to the Savile scandal. After a damning police investigation, a BBC inquiry concluded in early 2014 that Savile, a television presenter and DJ who died in October 2011 at age 84, had sexually abused and raped thousands of girls and boys on BBC premises, as well as in hospitals and schools.

Now the “annual cost of child sexual abuse investigations is already more than £1bn – and, if the projected rise in reporting materialises, could be £3bn by 2020,” wrote Baird.

She added that “we need compulsory PSHE [personal, social and health education] to protect future generations from harmful behavior that, in the post-Savile era, we now realize has blighted so many lives.”

“Taught well,” sex education would “give children who are victims of abuse the education to judge earlier that it is wrong and develop the confidence to report,” Baird said.

UK schools are currently obliged to provide sex education “only from the age of 11 and only in maintained schools, not academies,” she wrote.

A February 2015 Commons education committee report recommended compulsory sex education in all primary and secondary schools, and Baird wrote that the children’s commissioner, the chief medical officer, “the Labour front bench, two royal societies, six medical royal colleges, all the teaching unions” and her association, the APPC, support the move.

Morgan publicly nixed the idea, but the Independent reported that she personally supported it and had “battled” with then-Prime Minister David Cameron over the issue. It also reported that ministers Theresa May, Anna Soubry and Justine Greening sided with Morgan.

Baird echoed this in her op-ed, writing that “obstacles appear to have come from David Cameron and some religious groups.”

With Cameron gone, May now Prime Minister, and Morgan replaced by Greening, it’s unclear where the Conservatives will fall on the question.

But what is clear is that the lobbying will continue apace, and that, as SPUC’s Ozimic points out, “today’s primary-school children have been targeted to become tomorrow’s teenagers in the queue for abortions and morning-after pills” — which, he adds, “in turn can serve to hide the evidence of sexual abuse.”