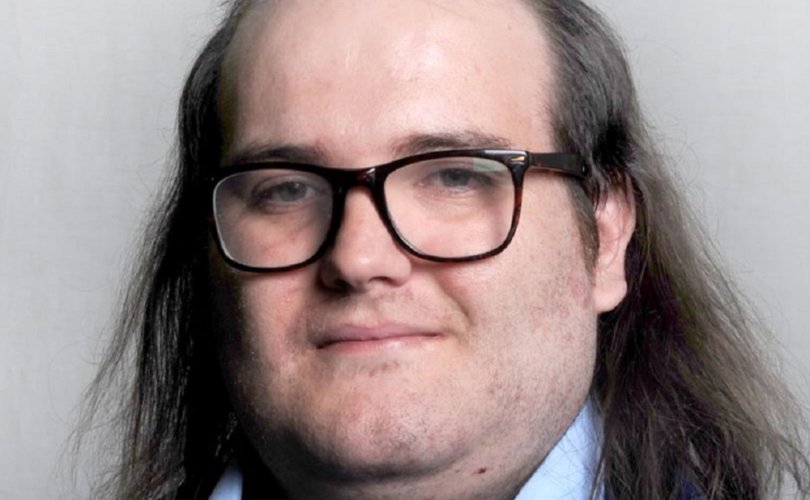 David Smith, 30, represents Coulby Newham, a suburb of Middlesbrough, in the Yorkshire town’s local government, or council. Since his arrest, he has resigned from membership in the Conservative Party, but not from his position.

According to the BBC, Smith is due in court on August 7. He denies the charges.

“I completely reject these spurious allegations and removing myself from the party will ensure I can focus all my efforts on fighting to clear my name,” he said.

According to the local news website Teesside Live, last month Smith asked the mayor of Middlesbrough to introduce gender-neutral washrooms in the Middlesbrough Council buildings. Last month he produced a statement announcing his meeting with the mayor and reminding readers that the issue of “gender neutral toilets” was part of his campaign.

“On Tuesday June 18, I am meeting Middlesbrough Mayor Andy Preston and one of the issues I will be bringing up is one that I included in my local election campaign — gender neutral toilets,” he stated.

Smith explained that his interest in toilets stemmed from interactions with “transgender and non-binary people” in the area.

“Through my time interacting with local transgender and non-binary people, I’ve seen firsthand the difficulties faced by these individuals when accessing public toilets and changing rooms,” he said.

“The feeling of humiliation is an experience that most of us don’t go through when visiting a public toilet and, in 2019, that is simply unacceptable.”

Smith stated that throughout England, pubs, shopping centres, universities, and schools are “becoming gender neutral” so that “our transgender and non-binary family and friends feel safe when using the facilities.”

He hoped the Middlesbrough Council would become a trailblazer for other local governments and make all of its facilities gender-neutral. The councillor acknowledged that some people might have “concerns” but that the “risk does not increase once public toilets become gender neutral.”

Smith did not specify what was at risk when women-only spaces are frequented by males. He hinted, however, that if a man wanted to hurt a woman or girl in a public washroom, he would do so whether it was a woman-only space or not, saying, “In fact, if anyone has any intention in committing a crime at present, they will do so.”

“This is about creating a much more safer [sic] environment for transgender and non-binary people,” he emphasized.

After charges of child sex assault were laid against him, Smith released a statement describing the work he had done as a Middlesbrough councillor, making special mention of his LGBT advocacy.

“I have worked hard to ensure I serve the people of Coulby Newham to the best of my ability,” he wrote.

“From tackling the issue of potholes, ordering bollards to be installed to ensure the public stop parking on a resident’s property, highlighting the ever increasing issue of drug use and being a very proud advocate of the local LGBTQ community,” he continued.

“This is who I am as a person and a community activist.”

Smith was elected in May this year. Councillors are considered volunteers, not salaried employees, therefore they receive an allowance instead of a salary. According to Teesside Live, the basic allowance given to all councillors in Middlesbrough is £6,378 ($7,978).