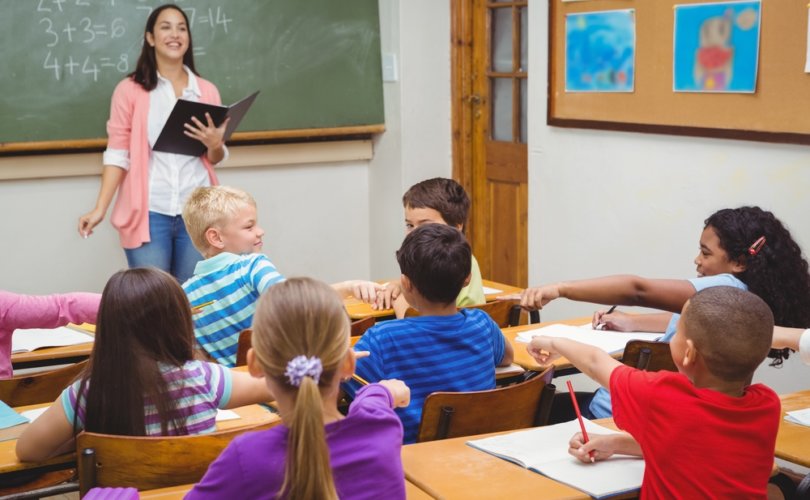 CAMBRIDGE, England, May 22, 2018 (LifeSiteNews) – It’s “illegal” for children to call “transgender” classmates by their actual biological sex, according to one UK elementary school that asks its students to report peers who do so.

The school offers extensive guidelines on “being a trans-friendly school” and minimizing distinctions between boys and girls.

Students at Arbury Primary School are between the ages of four and 11, according to its website. It bills itself as having “a commitment to equality in respect of disability, ethnicity, culture, national origin, national status, gender, gender identity, religion, faith background or sexual identity.”

Arbury Primary School’s “being a trans-friendly school” guidelines feature an outline for how teachers should tell students that one of their classmates is “changing” genders.

On the “day of Transition,” teachers are to explain to their class “the change of name and gender. The transitioning child should be asked if they want to be in or not for this.”

“Trans children will understand the difference between a genuine mistake and something deliberate in relation to names and pronouns,” state the guidelines, which also feature a “how to be trans-friendly” graphic for students in years five and six. That graphic says “deliberately” calling someone the “wrong” pronoun is “illegal.”

“If you hear or see this type of language being used[,] challenge or report it,” it continues.

“Children should be able to choose which [bathrooms] they use when they transition if toilets are gendered,” the guidelines say. “It is usual for children who have transitioned to use the toilet of the gender they assign themselves to and the law protects this right.”

A parent can request to change his or her child’s gender in the school’s computerized records and “no legal document is needed.”

The school’s “gender equality” guidelines warn teachers to use the words “parents / carers or grown ups,” presumably instead of “mother” and “father.”

There is “no need to explicitly draw attention to [gender] difference.” Teachers should just call the children “children,” the guidelines say. “Otherwise children begin to police themselves” by saying things like “only girls allowed in here” or “I don’t play with girls.”

Children should also not be divided into lines of boys and girls, Arbury recommends.

Skirts for boys: Prestigious school will allow 3-year-olds to switch uniforms… and gender