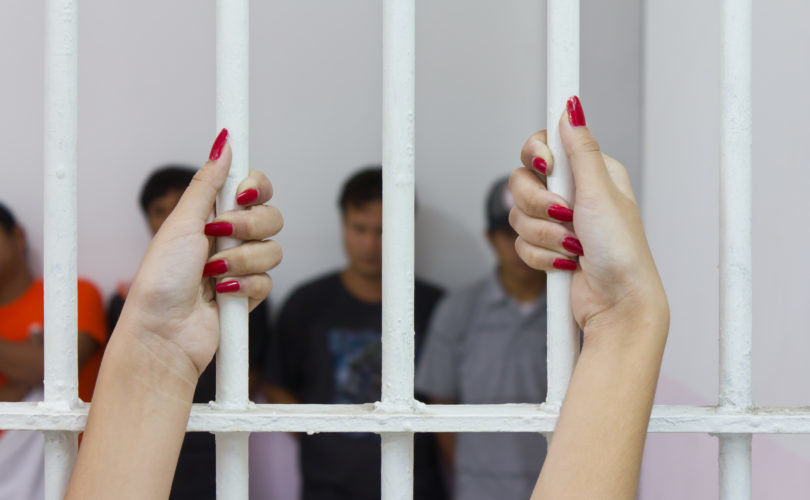 LONDON, England, March 4, 2019 (LifeSiteNews) – The Ministry of Justice announced that it is inaugurating the first prison facility wing in the United Kingdom for so-called “transgender” male criminals who claim to be women.

Three male prisoners, who bear “Gender Recognition Certificates,” will be confined to a wing at HMP Downview women’s prison in Surrey, south of London. The Ministry of Justice cited prisoners’ safety as “our biggest concern.”

The announcement came after Karen White, a man who claims to be a woman, sexually assaulted two female prisoners at New Hall jail in Wakefield. Since 2001, HMP Downview has been a women’s prison. It closed for three years for renovation, reopening in 2016 with a capacity for 355 inmates.

White is a male but “identifies” as a woman. Described by a judge as a “predator” and a danger to both children and women, he is serving a life sentence for sexual offenses. A court later determined that White used his “transgender persona” to come into contact with vulnerable women in prison.

In the transgender wing, White and his companions will have no access to female inmates. The policy heretofore was to place “transgender” prisoners according to their self-designated and legally recognized gender, except for in special circumstances.

A Ministry of Justice spokesperson said of the new transgender wing: “Prisoner safety is our biggest concern and any decisions we [make] will seek to best manage the risks posed by each offender. The wider management of transgender offenders is a highly sensitive issue which poses unique and complex challenges and we are determined to get it right. That's why we are reviewing the way we manage all transgender offenders.”

In 2018, the British government drew up new guidelines to make certain that a “great majority” of so-called transgender offenders “experience the [prison] system in the gender in which they identify.”

Since White’s assault on two women in prison, the government decided to carry out another review of the new guidelines.

According to the BBC, the number of “transgender” people in the national prison system is difficult to calculate, and in constant flux. In August, BBC reported that there were 17 “transgender” prisoners in Scotland and 125 in England and Wales, but released no figures for Northern Ireland.

The Independent reported that the transgender wing at the Downview lockup is not part of a policy for managing transgender prisoners nationally, but is meant to deal with the the risks posed by the three inmates who will be housed in the wing.