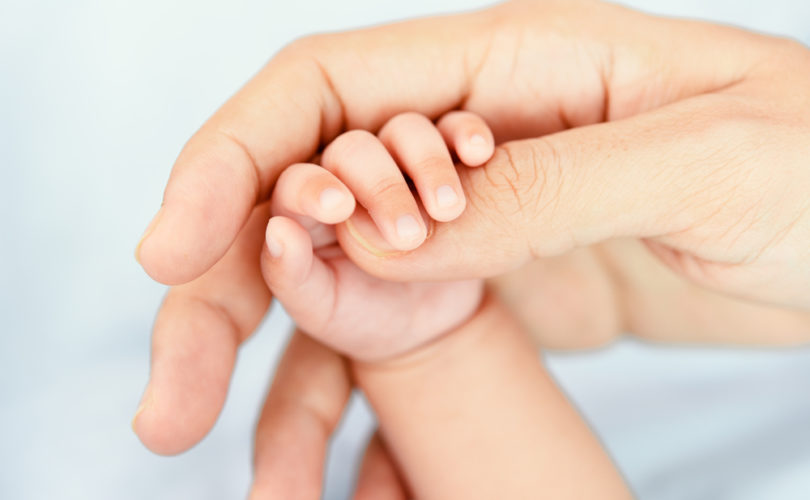 September 27, 2019 (LifeSiteNews) – The UK’s largest pro-life group has launched a petition campaign calling upon politicians in Northern Ireland to restore their devolved government before an October deadline in order to stop abortion in the province.

The Stormont coalition collapsed in 2016 when the party Sinn Féin pulled out of government. And in the absence of a devolved government, the UK’s government in Westminster has proposed a bill that would overturn Northern Ireland’s pro-life laws and bring about what pro-life groups are calling the “most radical abortion regime in Western Europe”. The bill would make it so that self-induced abortion, sex-selective abortion, and use of illicit abortion drugs, before the 24th week, will not be treated as a criminal offense.

Pro-life groups in Northern Ireland are warning that only the restoration of devolved government before 22 October can prevent this from happening. But at present that seems unlikely as two of the conditions that Sinn Féin has set for its return are the introduction of abortion and same-sex “marriage”. The terms of the Northern Ireland (Executive Formation) Act mean that the party can achieve these two goals simply by preventing an early return to power-sharing.

The Society for the Protection of Unborn Children (SPUC) is calling upon the Democratic Unionist Party (the DUP) in particular to take the lead in restoring the Stormont government before the 22nd  of October in order to prevent the imposition of a “radical abortion regime” by politicians in Westminster.

The DUP is the largest political party in Northern Ireland and has played a key role over many years in maintaining the Province’s pro-life laws. Their pro-life stance was recently reaffirmed by the leader, Mrs. Arlene Foster, in an article in The News Letter, a Belfast daily, on 21st September.

Mrs. Foster wrote that the DUP’s “position on abortion remains resolute and unchanged since the Party’s inception. We are a pro-life party and will continue to support the rights of both the mother and the unborn child.”

In an article also published in The News Letter, Philip Lynn of SPUC Northern Ireland has called upon the DUP to act on their pro-life convictions at this “momentous time”.

SPUC is sincerely grateful for the DUP’s principled pro-life stand, which Mrs Arlene Foster reaffirmed in her Newsletter article on the 21st September, and which has undoubtedly saved countless lives.

If they fail to do so, it would seem that the consequences for unborn children in Northern Ireland will be disastrous.

On 24th July the Northern Ireland Executive Formation Act 2019 received Royal assent and passed into British law. Originally intended to support the talks process at Stormont by postponing the date of a Northern Ireland election, successive amendments brought by Labour backbenchers, with the complicity of Theresa May’s government, has extended the Act’s remit to impose both same-sex marriage and a radical abortion regime on our Province.

The Act does two things that pro-life people need be concerned about: first, it repeals sections 58 and 59 of the Offences Against the Person Act 1861, which effectively enables abortion for any reason up to 28 weeks gestation.

Secondly, the legislation instructs the Secretary of State to make abortion regulations in line with the United Nations’ ‘CEDAW report’. At this stage it is not clear what these regulations will contain, although some form of public consultation is likely to occur in the near future.

Under section 13(4) of the Act these measures come into effect on 22nd of October unless a Stormont Executive is formed on, or by, 21st of October. As such, ensuring the return of Stormont [Northern Ireland’s devolved government] represents the only remaining prospect of saving the lives of countless unborn children in Northern Ireland.

With Sinn Féin set to potentially achieve two of its stated objectives by refusing to return to Stormont, pro-life groups are focusing their efforts on calling on the DUP to increase the pressure on the other parties for the restoration of devolution.

Pro-life people in Northern Ireland can sign SPUC’s petition calling on the DUP to return to Stormont.

But pro-life people in the rest of the UK can also take action to stop the bill. Sir Jeffrey Donaldson MP, Chief Whip of the DUP, recently told the 2019 SPUC  National conference that the support of people in England, Wales and Scotland is needed to stop abortion being imposed on Northern Ireland.

SPUC is encouraging their supporters in England, Wales, and Scotland to write to their MP, reminding him or her that the Good Friday Agreement commits Westminster to respecting the right of the people of Northern Ireland to decide for themselves what their law on abortion will be. SPUC suggests that supporters ask their MPs to write to Julian Smith MP, Secretary of State for Northern Ireland, urging him to recall the Assembly before October 21 and allow abortion law to be decided by the elected representatives of Northern Ireland.