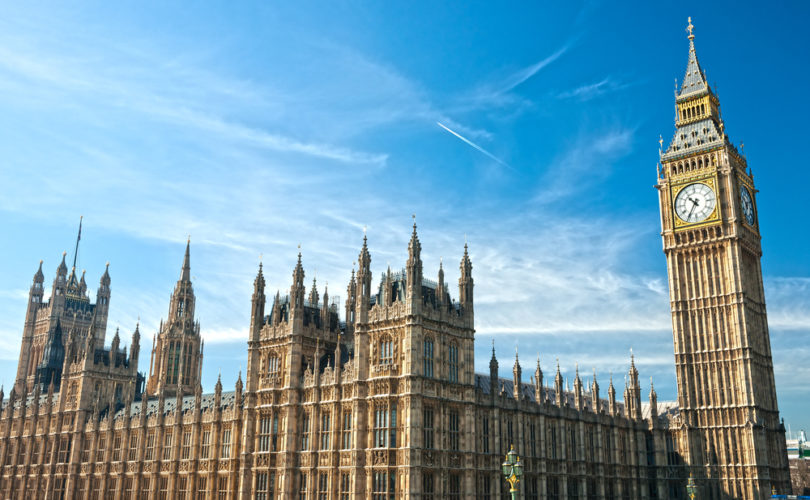 Update Sept 11, 10:16 AM EST: British MPs voted down Marris' assisted suicide bill today in a vote of 330 to 118, representing an absolute majority of MPs.

According to Paul Tully of the Society for the Protection of Unborn Children, “This was an important victory for true compassion. It is a vote of affirmation for all those healthcare staff looking after terminally ill people. It will be a great relief to those with disabilities, chronic conditions and degenerative illnesses. The threat to them has been averted for now.”

“The challenge we face as a society is to ensure that in future those affected by serious and limiting conditions are not left feeling desperate for lack of proper living support,” he said.

“It is important to recognise that the defeat of the bill does not mean that people in severe pain will suffer more – in fact the bill included no mention of pain. Palliative care specialists can nearly always provide effective pain relief, even for very severe pain, and this is rarely cited as a reason for contemplating suicide.”

LONDON, September 10, 2015 (LifeSiteNews) – Pro-lifers are hopeful that British parliamentarians will defeat a private member’s bill legalizing assisted suicide when it comes before the House of Commons on Friday.

The bill is up for second reading, which is a vote on principle. As a private bill, from Labour MP Robert Marris, it has no party sponsorship and pro-life campaigners who have been lobbying the members report solid opposition across party lines, though there is no telling if those opposed will actually vote.

“I’m cautiously optimistic,” said Paul Tully of the Society for the Protection of Unborn Children.  “But really, it is up in the air as to how the vote goes.”

The bill, a virtual duplicate of one introduced in the House of Lords last year but which ran out of time before this year’s general election, allows consenting adults with incurable terminal illness, defined as a prognosis of death within six months, to get a fatal prescription if two doctors sign on.

Whether the bill passes or fails, the vote could relieve the pressure put on the government by the Supreme Court. The court recently warned it would issue a “proclamation of incompatibility” with respect to Britain’s existing law against assisted suicide unless Parliament considers changing it. The proclamation refers to compatibility with the British—and European—Bill of Rights.

Tully said that the MPs might well be swayed in the next 24 hours by how the news media treat the issue. Already the Guardian has carried a weighty statement from many senior medical experts supporting Marris’ bill.

While assisting or encouraging suicide could bring 14 years in jail under existing law, many Britons travel to Switzerland to get help in killing themselves, and prosecution under this law now requires the specific direction of the nation’s chief prosecutor.

Proponents such as Dying in Dignity make the usual arguments: “With no option of an assisted death many dying adults are frightened about their suffering in the last days and weeks of life,” states its website. “Some dying adults attempt suicide. Some refuse food and water to bring about their death. Many ask family members or loved ones to help them die. Those who can afford to may travel abroad for an assisted death. All of these people are denied the choice of a safe assisted death in their own home, surrounded by those they love, at a time of their choosing.”

Marris has defended his bill on the grounds it would shame the government into improving palliative care, an argument Tully terms “jaw-dropping in its absurdity.” He told LifeSiteNews a far likelier result would be that “people in charge of funding for the health system will realize that there are significant savings to be made if seriously ill people choose assisted suicide,” and would encourage or pressure them to do so.

Marris has also questioned whether the country’s family doctors are opposed to assisted suicide, but Tully says he is simply playing word games. “I am reliably informed,” Marris has stated, “that the British Medical Association has not surveyed its members on this issue so to state that three quarters of GPs are against assisted dying is potentially inaccurate.”

But though the BMA did not survey its GPs, the College of General Practitioners did so in 2014. The College found that 77 percent of its members opposed assisted suicide, causing it to maintain its formal opposition of many years.

The safeguards in Marris’ bill have also been challenged. A group called NoToAssistedSuicide notes that under existing law the police automatically investigate when assisted suicide is suspected, which serves as a built-in deterrent. Marris’ bill relies on an “independent” physician to monitor the attending doctor, but does nothing to prevent the latter from simply “shopping” for a sympathetic—pro-euthanasia—doctor who would be disinclined to look closely.

The Catholic archbishop of Southwark, Peter Smith, issued a strong statement calling on Catholics to oppose the measure. It read in part, “I strongly urge Catholics to contact their own MP as soon as possible to express their concern about the dangerous impact which such a Bill would have on the most vulnerable people. MPs do listen to their own constituents. What is needed is more and better palliative care, not assistance with suicide.”