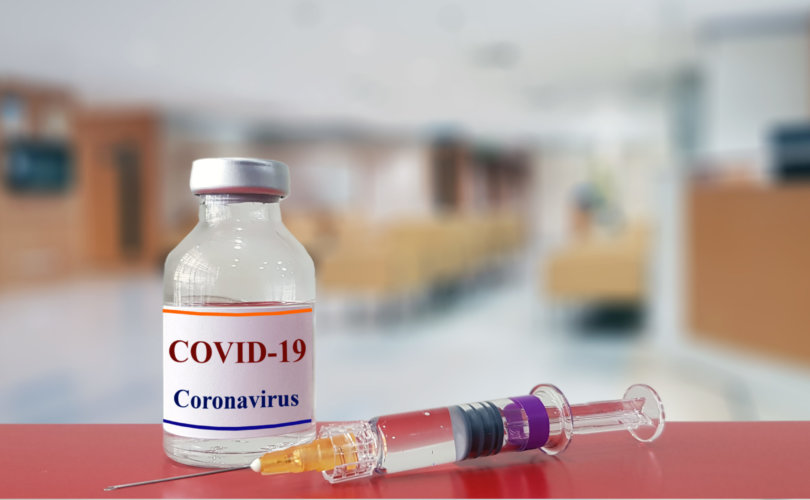 LONDON, England, September 24, 2020 (LifeSiteNews) – In a potential conflict of interest, the Chief Scientific Adviser to the government of the United Kingdom has an interest worth £600,000 ($765,000) in a pharmaceutical giant contracted by the government to produce a coronavirus vaccine.

“Sir Patrick Vallance, who also chairs the Government’s expert advisory panel on vaccines, holds a deferred bonus of 43,111 shares in GlaxoSmithKline (GSK) worth £600,000 from his time as president of the multinational drug company,” reported the The Daily Telegraph in today’s issue. “He has already cashed in more than £5 million worth of shares he received from the company during his tenure from 2012 to 2018 when he became the Government’s chief scientific officer.”

GSK, one of the major players in the pharmaceutical industry, announced in July that it had reached, together with competitor Sanofi, “an agreement, subject to final contract, with the UK government for the supply of up to 60 million doses of a COVID-19 vaccine.”

“The vaccine candidate, developed by Sanofi in partnership with GSK, is based on the recombinant protein-based technology used by Sanofi to produce an influenza vaccine, and GSK’s established pandemic adjuvant technology,” the press release explained.

If Patrick Vallance “is making decisions on vaccines and advising the Government on them, then he either needs to divest himself of the shares or make a declaration every time he touches on the subject,” an unnamed Tory MP told The Daily Telegraph. “In the Commons, every time MPs raise an issue in which there is a registered interest, they have to declare it. Every time he is talking about vaccines or on TV, he should put it on the table.”

The United Kingdom, led by Tory Prime Minister Boris Johnson, has emerged as one of the most oppressive governments during the coronavirus crisis.

Mere days ago, the U.K. government said it will “consider all options to improve vaccination rates” in response to a petition urging the government to “prevent any restrictions on those who refuse a [COVID-19] vaccination.”

“We believe it is everyone’s responsibility to do the right thing for their own health, and for the benefit of the wider community,” the government stated. “There are currently no plans to introduce a Covid-19 vaccine in a way that penalises those who do not take up the vaccine. However, the Government will carefully consider all options to improve vaccination rates, should that be necessary.”

British pharmaceutical company AstraZeneca, which has been developing a vaccine in collaboration with the University of Oxford, is using the HEK-293 cell line made from fetal cells harvested from an aborted baby decades ago in the production of their coronavirus vaccine. Trials for AstraZeneca’s coronavirus vaccine were briefly paused worldwide after a U.K. trial participant developed “an unexplained illness” which mainstream media several outlets described as a “serious suspected adverse reaction.”

Nigel Farage, leader of the Brexit Party, came out against the actions of the Tory government, which he likened to an “elective dictatorship.” Farage made clear he firmly opposes the idea of a second national coronavirus lockdown.

“We are supposed to be living in a democracy. Actually, it’s becoming increasingly like an elective dictatorship,” said Farage in a video last Sunday.

“I think the time has come for us to say, loudly and clearly, no to a second lockdown.”

Farage said the reality is, everyone needs to “learn to live with” the coronavirus, adding that a second lockdown in the name of combating the disease would be a “catastrophe.”

“I know people who’ve had this and have suffered from it, but equally, I know lots of people who had it and have barely even known. It’s barely registered until they’ve had the antibody test,” said Farage.

“The absolute truth is, we have got to learn to live with this disease. Like everybody, I’d rather it hadn't escaped from China, but it did … Another second national lockdown will be a complete and utter catastrophe.”