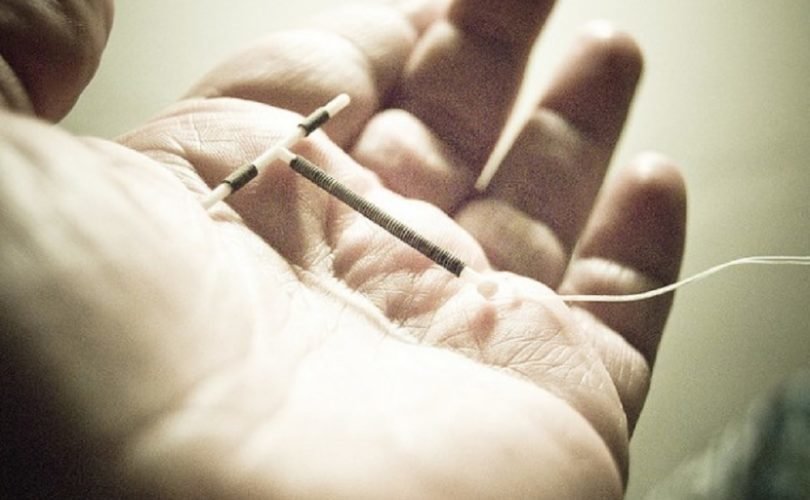 ENGLAND, October 6, 2016 (LifeSiteNews) — England's National Institute for Health and Care Excellence (NICE) is recommending women who have had unprotected sex and want “emergency contraception” be fitted for IUDs instead of given the “morning after pill.”

NICE advises doctors to tell women who want to terminate an already fertilized baby that the copper intrauterine device (“coil”) is more effective than the morning-after pill — an indirect admission that IUDs abort conceived babies by stopping their implantation in the uterine wall.

“All IUDs operate as abortifacients, since they do not prevent either ovulation or fertilization, only implantation of the tiny embryo in the lining of the uterus,” Steven Mosher, president of the Population Research Institute, told LifeSiteNews. “The copper-impregnated IUD is particularly effective in causing such early-term abortions since heavy metals, like copper, are toxic to life.”

Mosher added, “IUDs also cause higher rates of ectopic — or tubal — pregnancies, which can be life-threatening.”

IUDs and other long-acting reversible contraception (LARCs) are being actively encouraged, even for young school girls, despite their abortifacient properties throughout the UK and in the United States.

The pill remains the most common form of birth control, but LARCs, which 37 percent of British women seeking contraception now receive, are strongly gaining popularity.

Sue Burchill, head of nursing at Brook, England’s leading provider of “sexual health services,” told the European Pharmaceutical Review, “It is really encouraging to see an increase in the uptake of LARC in general,” but added, “We always encourage the use of condoms in addition to LARC.”

Condoms are “encouraged” because studies have proved IUD use puts women at risk of catching sexually transmitted diseases (STDs).

“Why a dying country like the UK would want to further reduce its already low birthrate makes no demographic or economic sense,” Mosher commented. “British women are only averaging less than 1.9 children, below the 2.1 the country needs to maintain a stable population.”

The Office for National Statistics reports the birthrate continues to seriously decline. There were 695,233 live births in England and Wales in 2014, a decrease of 0.5 percent from 2013. In 2014, the average mother had 1.83 children per woman, another decrease from 2013.

Mosher quipped, “They'd better decide who they want to give the British Isles to — Pakistanis? Nigerians? — since they obviously don't want it themselves enough to populate it.”