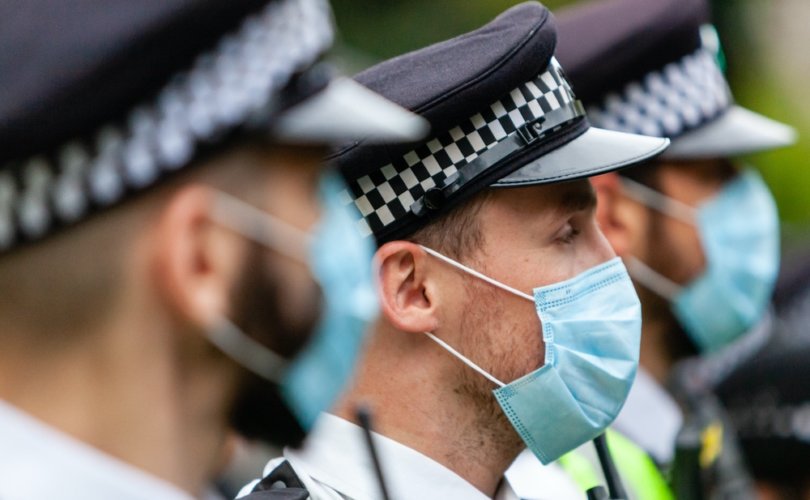 LONDON, United Kingdom, October 19, 2020 (LifeSiteNews) – The U.K. Houses of Parliament look set to soon pass a controversial new bill which would allow public authorities to approve and commit crimes without any clarification or restraints.

The Covert Human Intelligence Sources (CHIS) Bill was introduced to Parliament by the Home Secretary Priti Patel, with the much-publicized intention of permitting undercover operatives to break the law.

However, the bill is far more extensive in terms of who it extends such provision to, with a wide variety of governmental departments listed: “Any police force; The National Crime Agency; The Serious Fraud Office; Any of the intelligence services; Any of Her Majesty’s forces; Revenue and Customs; Her Majesty’s Revenue and Customs; The Department of Health and Social Care; The Home Office; The Ministry of Justice; The Competition and Markets Authority; The Environment Agency; The Financial Conduct Authority; The Food Standards Agency; The Gambling Commission.”

Any government agent may grant permission for criminal activity, providing that he merely “believes” it to be necessary in accordance with the prescriptions mentioned. No substantial proof seems to be required.

Whilst it purports to be in agreement with the Human Rights Act 1998 (HRA) which forbids murder and torture, the bill also provides the caveat that criminal action is allowed as long as it is proportionate to the end required: “that the authorised conduct is proportionate to what is sought to be achieved by that conduct.”

A briefing about the proposed bill, prepared by five human rights organizations, mentions some major concerns regarding the legislation. It warns that the new bill contains “no express prohibition on authorising crimes that would constitute human rights violations, including murder, torture (e.g. punishment shootings), kidnap, or sexual offences, or on conduct that would interfere with the course of justice.”

This is in contrast to equivalent legislation in the U.S and Canada, which does forbid murder, rape, and torture.

Continuing, the briefing states: “the HRA cannot be seen as a safeguard against the authorisation of agent criminality because the Government has in fact taken the (fundamentally wrong) position that the HRA does not apply to crimes committed by its covert agents.”

‘It’s hugely worrying that we’re a step closer to seeing this deeply dangerous bill become law. MPs are signing off on a licence for government agencies to authorise torture and murder.’

The document further warns that the safeguards which will be established in authorizing criminal activity are less stringent than those necessary for permitting phone tapping: “The arrangements for authorisation oversight and post-operational accountability are weaker than those for phone tapping or searches by law enforcement, despite involving potentially far more harmful conduct.”

David Kurten, a prominent pro-life candidate for London Mayor election 2021, termed the CHIS bill as the “latest utter abuse of power” by the government.

Amnesty International also condemned the bill at its introduction, and after it passed the third reading: “It’s hugely worrying that we’re a step closer to seeing this deeply dangerous bill become law. MPs are signing off on a licence for government agencies to authorise torture and murder.”

The bill has come about as a result of a 2019 decision, dubbed the Third Direction case, which ruled that undercover agents and informants could legally break the law in certain occasions. The decision was made with a majority of 3-2, prompting the government to rush the CHIS bill through parliament before any legal challenge could successfully be made.

After having passed the final stage in the House of Commons, by a vote of 313-98, the new CHIS bill will now proceed to the House of Lords for further debate.