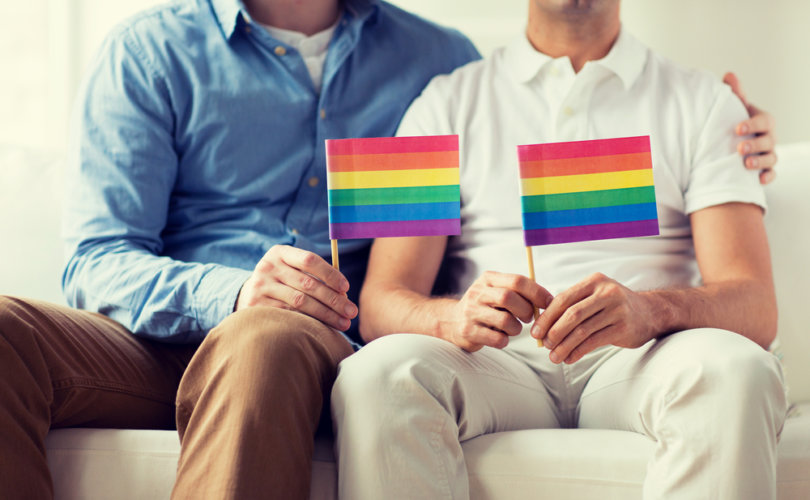 March 30, 2016 (LifeSiteNews) — Cracks in LGBT unity emerged at a national conference in the United Kingdom, where lesbian, transgender, and gay university students from racial minorities charged male, white homosexuals with sexism and worse, recommending they lose their automatic seats on the councils of the movement.

The annual conference of the National Union of Students LGBT+ wing exposed apparently deep-seated resentments of male, white homosexuals and their dominant place within the movement, reported PinkNews. They passed a motion calling on local university branches of the organization to remove their automatic seats on LGBT+ governing bodies. “Gay men do not face oppression as gay men within the LGBT+ community and do not need a reserved place on society committees.”

The wordy preamble to the same motion stated, in part, that “Misogyny, transphobia, racism and biphobia are often present in LGBT+ societies. This is unfortunately more likely to occur when the society is dominated by white cis gay men.” (“Cis gay men” refers to biological males who identify as male.)

The preamble also reveals the motivation for the motion was an article in the libertarian, free-speech magazine Spiked! criticizing university student sexual minority and feminist groups for shutting down speakers they disagree with, by arguing that oppressed minorities need “safe spaces.” Such arguments are used in North America by student governments to justify banning pro-life speakers or pro-life student clubs.

LBT resentment of homosexual privilege has been growing, according to an article by homosexual writer Colin Walmsley that was published by Huffington Post in February, “The Queers Left Behind: How LGBT Assimilation Is Hurting Our Community’s Most Vulnerable.”

Walmsley argues that white, middle class homosexuals of both genders have achieved their goal of social equality and assimilation with the legalization of same-sex “marriage.” But marriage, he writes, is an expression of love, economic security and relational stability, which are “attributes that many marginalized LGBT people do not have.”

Walmsley said homosexual leaders have always been willing to hide from public view the more masculine lesbians and drag queens within the ranks as they “dismantled the hypersexual, flamboyant gay” stereotype. “Middle and upper class gay interests have become inseparably intertwined with the gentrification of historically gay spaces,” argues Walmsley, “and the criminalization of poor, non-white, transgender and homeless individuals within these spaces.”

Walmsley does not discuss the shaky truth behind the campaign for same sex “marriage,” that only a tiny proportion of homosexuals even wanted to be married. According to a 2013 study by Simon Fraser University economist Douglas Allen of Canadian government data, “12.2% of lesbians are married, 4.5% of  gays, and 48.8% of heterosexuals.”