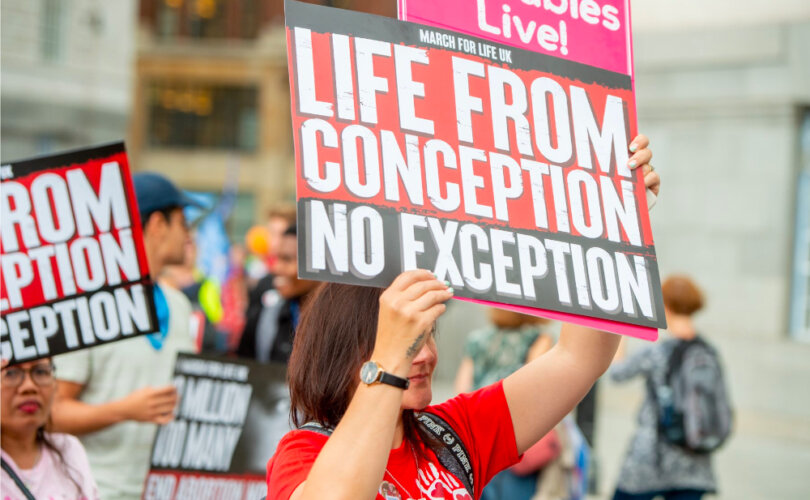 LONDON (LifeSiteNews) — The U.K.’s Supreme Court has upheld a bill criminalizing pro-life witness outside abortion facilities in Northern Ireland, in a case which could set a precedent for the entire United Kingdom.

In a ruling issued December 7, the seven justices of the Court ruled in favor of upholding the Abortion (Safe Access Zones) (Northern Ireland) Bill, meaning that pro-life activities within 100 meters of an abortion facility are to be criminalized.

The Court unanimously ruled that “clause 5(2)(a) of the Bill is compatible with the Convention rights of those who seek to express their opposition to the provision of abortion treatment services in Northern Ireland.”

The Bill had been adopted by the Northern Irish Assembly on March 24, 2022, after it was sponsored by Northern Ireland’s Green Party leader Clare Baile – who lost her seat in May elections.

But Northern Ireland’s (NI) Attorney General, Dame Brenda King, had referred the Bill to the Supreme Court, asking the Court to determine if the Bill was in fact within the “legislative competence” of the NI legislators. She questioned whether it was a violation of the European Convention on Human Rights and pointed to the absence of a “reasonable excuse” in the Bill.

But in defending the Bill, the Supreme Court’s ruling stated that the abortion Bill’s aim was “sufficiently important to justify restricting anti-abortion protestors’ rights” under the relevant clauses of the Convention on Human Rights.

It will now advance to become law in Northern Ireland, pending Royal Assent.

Powers of the bill

As it stands, the Bill seeks to prevent pro-life activities around abortion facilities, arguing that it will establish “‘safe access zones’ around abortion clinics in order to protect the women using those clinics as well as the people who work in them.”

The Bill seeks to implement so-called “buffer zones” around abortion facilities, banning pro-lifers from being within 100 meters of such facilities; however, it allows for this zone to be extended by a further 150 meters.

Under the terms of the Bill, even simply “influencing a protected person, whether directly or indirectly” would become a criminal offence. Impeding access, along with “causing harassment, alarm or distress to a protected person” are also forbidden under the ruling.

Harassment, however, was already a criminal offence, as noted by Alliance Defending Freedom (ADF) U.K.’s communications officer Lois McLatchie. Prior to the ruling, she warned that “[c]ensorship zones go much further” than anti-harassment measures.

“They introduce a disproportionate and unjustified blanket ban on all pro-life activity, including offering meaningful charitable help and support to women where they need it most. Authorities do not hold a right to silence the public expression of a viewpoint with which they simply disagree,” McLatchie said.

An explanatory note attached to the Bill specifically states that it “would stop activity directly outside centres, ensure women are not approached unsolicited and prevent other activities designed to cause distress including (but not limited to) filming, recording, unsolicited ‘counselling’ and pamphlet distribution.”

Vague powers could mean havoc for pro-lifers in the nation

With criminal offences being so vaguely defined in the bill, pro-life activists have warned that activities such as silent prayer, or any offers of support, would thus be banned.

Responding to the ruling, ADF U.K. Legal Counsel Jeremiah Igunnubole warned that the Bill “arbitrarily” handed power to the police, which would lead to the “unjust arrest” of pro-lifers.

“The criminalisation of any kind of ‘influencing’ is vague, uncertain and reduces the threshold of criminality to an impermissibly low level,” he said.

“Northern Ireland’s broadly drafted law hands arbitrary power to police officers, with the inevitable consequence being the unjust arrest and prosecution of those expressing pro-life views, even though such views are protected under domestic and international human rights law,” Igunnubole continued.

The Supreme Court’s ruling could also severely impact pro-life witness around the U.K.

Scottish politician Gillian Mackay – who introduced a similar “buffer zone” law into Scotland’s parliament – welcomed the ruling as “a truly historic day for reproductive rights,” adding that it should assist the passage of her bill.

Abortion activist group Back off Scotland echoed Mackay, saying that the NI bill made pro-abortion groups in Scotland “confident that this will be significant in forming as robust a bill as possible here in Scotland.”

On October 18, politicians in the U.K.’s House of Commons approved a clause proposing buffer zones by a vote of 297–110. Under the terms of the clause, proposed by Labour MP Stella Creasy, people would be banned from being in a buffer zone – within 150 meters of an abortion facility – and banned from “intefer[ing] with any person’s decision to access, provide, or facilitate the provision of abortion services in that buffer zone.”

Echoing the NI abortion bill, the clause of England’s Public Order Bill, defines “interferes” very widely, including the following as examples of interference:

The bill must now pass to the upper house, the House of Lords, where it will be assessed by peers.