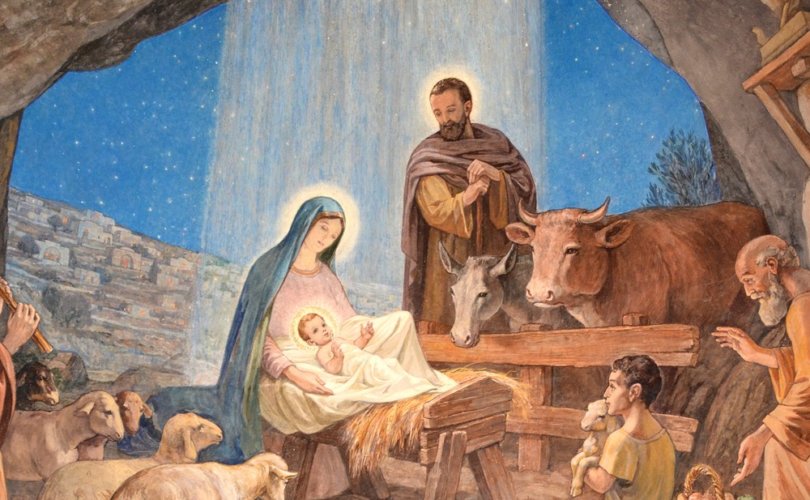 LONDON, December 19, 2019 (LifeSiteNews) – An English schoolteacher rewrote the lyrics of a traditional Christmas carol sung by children in a Nativity play that referred to Jesus as “Lord” to avoid offending people of other faiths, such as Muslims.

At Whitehall Primary School, a secular school in the London suburb of Chingford, head teacher Zakia Khatun announced at an assembly last week that changes were made to traditional Christmas carols so “all pupils can participate” — such as Muslims and people of other faiths — in the annual Christmas program.

When parents expressed concerns about the censorship, Khatun defended her decision, telling a Christian mother that the school is inclusive of all students and claiming that 60 children did not attend last year’s carol service and Nativity performance at a nearby Anglican parish church, St. Peter and St. Paul, because of their religious beliefs. This year’s carol service took place on Tuesday.

According to a Christian mother identified as “Margarita,” the result was that the school discriminated against a majority of Christian students rather than fostering inclusion.

“I am not alone; teachers and other parents are not happy about this. I believe my children have been discriminated against and they have been denied the freedom to fully express their faith,” Margarita said, according to Christian Concern, a nonprofit that advocates for traditional values.

She added, “I am taking this stand as Christian belief and tradition, which mean so much to so many people of all generations, is being sacrificed and silenced in the name of inclusion and political correctness.”

The furious mother, who has two sons at the state school, said there never would have been a celebration for just any baby named Jesus. Margarita said Christians are not accorded respect in what is supposedly a multicultural society. She recalled her sons’ reaction to the censoring of the Christmas carols:

I picked my children up at the end of the day and they were so upset, saying to me: ‘Mummy, today in assembly the headteacher told everybody that she would be changing the words to the Christmas song.’ I was so shocked. As a family we go to church, pray together and celebrate Christmas as the birth of Jesus as the Son of God.

“It is special because [it’s] the Christmas story,” she said, adding that Christmas carols “give a message of timeless beauty and hope.” Saying that millions of Christians have recognized Jesus Christ as Lord, she added, “Removing the Lordship of Christ guts the Christian message of its truth, around which the whole of Western civilisation once based its culture.”

Michael Nazir-Ali, a retired Anglican bishop, said, according to Christian Concern: “We need to respect the original form of the carol and the intention with which it was written. The words ‘the little Lord Jesus’ occur three times in the carol and point to the central message of Christmas, which is: God is with us in Jesus.”

Reflecting on a central pillar of Christian faith, Nazir-Ali added, “If parents do not wish their children to participate in a Christian Nativity play and any accompanying worship, they should be able to opt out and the school should provide an alternate activity for such children. But basic Christian teaching should not be changed just to accommodate everybody.”

His reflection was in contrast to a statement from the Anglican diocese of Chelmsford, which claimed: “The service maintains the traditional Christian message of the joy of Christmas in a way that can be celebrated by everyone, including those of other faiths and none.” Stephen Cottrell leads the Chelmsford diocese, which includes St. Peter and St. Paul parish.

Robert Spencer, an Eastern Catholic who is an expert on political Islam, commented at JihadWatch:

Britain has been home to non-Christians for centuries, and they never complained about Christmas carols. There is only one group in Britain that might object to calling Jesus ‘Lord,’ and that group isn’t likely to attend the Christmas pageant now that the word has been removed, because the whole idea of celebrating the birth of Jesus is predicated upon the now-unmentionable title. Britain is, of course, finished.