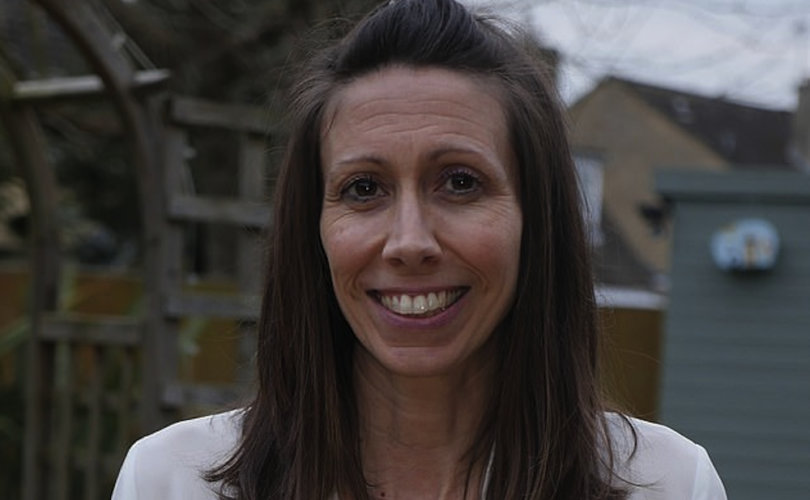 LONDON, April 25, 2019 (LifeSiteNews) — Kristie Higgs was sacked by Farmor’s school in Gloucestershire, United Kingdom, after a disciplinary panel determined that she had fallen afoul of school LGBTQ policy.

Higgs, 43, had worked at the private school as a pastoral assistant for six years, providing guidance to students. A disciplinary procedure against the mother of two commenced after an anonymous complaint was made against her via email, accusing her of “posting homophobic and prejudiced views.” That came about because she included her objections on her Facebook page about the proposed LGBTQ curriculum at the Church of England primary school her young son attends.

Higgs invited her followers to register in a petition denouncing compulsory sex education in primary schools, which the government will enforce next year. Parents in Birmingham and Manchester, especially in the Muslim community, have voiced opposition to the requirement. The government has ruled that secondary school students should receive indoctrination in LGBTQ beliefs in their courses on relationships and sex education (RSE), even while primary schools may exempt themselves.

Higgs objected when her son’s Church of England Primary School informed parents that it would adopt the “No Outsiders” program, which according to Christian Concern is at odds with Christian teachings about family and sexuality.

In Facebook posts that could be seen only by her followers, Higgs wrote, “ … they are brainwashing our children!” Urging parents to sign a nationwide petition opposing the government’s compulsory sex education, she wrote in a second post on the rise of transgender ideology in children's books in American schools: “This is happening in our primary schools now.”

After an investigation by the school, Higgs was dismissed for gross misconduct, “illegal discrimination,” “serious inappropriate use of social media,” and “online comments that could bring the school into disrepute and damage the reputation of the school.” In a letter to Higgs, the school stated, “We are concerned that you did not demonstrate an appropriate understanding of the school’s requirement to respect and tolerate the views of others and to role model such behaviour.”

More than 115,000 people have signed a parliamentary petition opposing the RSE curriculum. Education Secretary Damian Hinds said last week that while parents should be consulted about the sexual education curriculum, he insisted they should not be given a veto.

Higgs, who has now removed her son from the “No Outsiders” lessons at his primary school, said “My number one concern has always been the effect that learning about sex and gender in school will have on children at such a young age.” She added, “I am determined to fight this case and to stand for Christians and all parents across the country who are being silenced for sharing and holding these views.”

Charging the school with unfair dismissal and discrimination, Higgs is being supported by the Christian Legal Centre.

“As soon as the investigation into the posts began, I was repeatedly told: 'this is nothing to do with your religion,'” Higgs said, according to the non-profit Christian Concern. “That was clearly a legal tactic and of course it has everything to do with my religion.”

Andrea Minichiello Williams, the chief executive of the Christian Legal Centre, said Higgs had merely shared the opinion of many Christians in the UK concerning sexuality and family.

“Kristie has not only lost her job, but her whole career is now tarnished with the accusation that for holding these views she is now a danger to vulnerable children,” Williams said. “This is despite an exemplary record at the school and in her work with youth in the wider community. If Kristie does not win this case, due to one complaint, she will never be able to work with children again.”