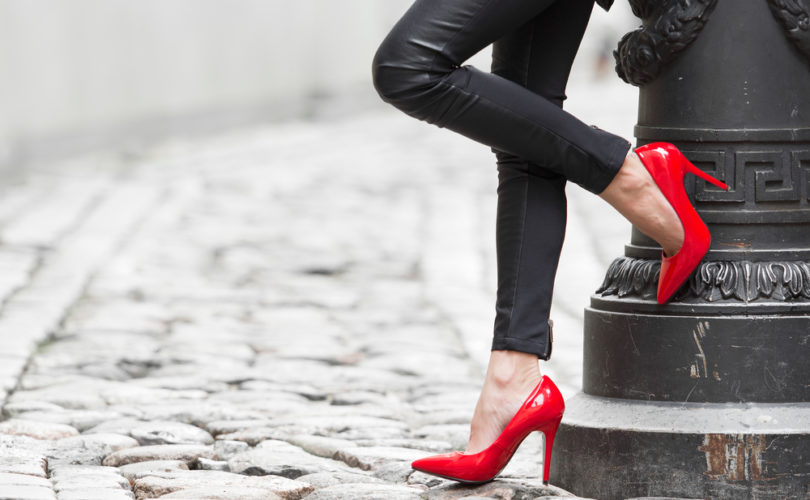 “1 in 6 students does sex work or thinks about turning to sex work,” SWOP tweeted. “We can help.”

Before the fairs began, SWOP advertised its services over Twitter, saying that they would be “out during Freshers Week letting students know how we can help if they’re sex working to help pay their fees and expenses.”

In another tweet, it expressed solidarity with those “topping up their fees” with paid sex acts.

“If you're topping up your fees with sex work, or struggling to balance work and studies, or want to talk and don't know where to go… we're here for you. We respect your autonomy, privacy and confidentiality,” SWOP promised.

At Brighton University, the SWOP stall, which featured a colorful “wheel of sexual well-being” for students to play with, stood beside another advertising careers in finance.

According to British media reports, a spokesman for Brighton University distanced itself from the prostitution advocacy group, saying that the university “does not promote sex work to its students.” He indicated that there would be an investigation.

Fiorella Nash, a UK pro-life feminist, suggests in her recently released The Abolition of Woman: How Radical Feminism is Betraying Women, that if people really believed sex work was “gainful, freely chosen employment,” school career fairs would “include a ‘sex work stall.’” The inference was that Nash thought this impossible.

The author sounded deeply chagrined when LifeSiteNews asked her for comment.

“I stand corrected,” Nash said. “The great and the good are really living in the Dark Ages when it comes to women’s rights.”

“Prostitution is the most dangerous and degrading profession in the world,” she continued. “The number one cause of death in that industry is murder.”

Nash doubts that one in six university students actually engages in, or thinks about, trading sex for cash.

“I think it depends on how you define [prostitution],” she said. “[A student] might use it as a form of advancement.”

She is sure, however, that young women who leave home may find themselves trapped in the industry.

“When girls go away to university, they may be vulnerable,” she said. “But they need welfare support, not hints and tips about how to endanger themselves for money.”

The prostitutes’ advocacy group objected to media reports that it was encouraging students to take up sex work.

“SWOP have never idealised sex work,” they tweeted. “However, we understand why students may turn to sex work, and navigating the legal precariousness as well as potential danger mean that students are extra vulnerable and we will help. We hope every student had a wonderful Fresher's Week.”

In The Abolition of Woman, Nash observes that the majority of prostitutes have been victims of violence and rape.

“Studies (largely ignored by the media and misguided campaigning groups) report that the overwhelming majority of prostitutes want to get out, are drug-dependent and have been the victims of violent assault and rape,” she wrote. “Far from this being a consensual practise between adults, the average age of entry into prostitution is between twelve and fourteen years old, three-quarters of prostitutes are controlled by a pimp and the majority suffer from post-traumatic stress disorder.”