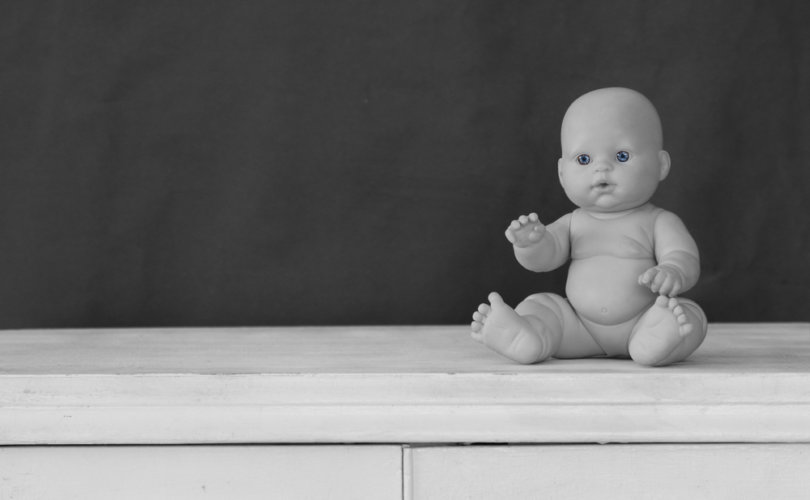 ENGLAND, June 25, 2019 (LifeSiteNews) – The developmentally disabled UK woman who narrowly avoided a forced abortion was told she would be given a “new doll” after her child was surgically killed, according to reports now surfacing.

According to Sky News, a lawyer for the NHS hospital trust told the appeals court judges who overturned the court-ordered forced abortion that the pregnant woman “was told she would go to sleep. She would have an operation and when she woke up the baby would no longer be in her tummy. But she would get a new doll.”

That lawyer was Fiona Paterson.

“Miss Paterson said the woman, who cannot be identified, has already been given a doll which she played with,” Sky News reported.

Critics say the case demonstrates the barbarity of what was once considered one of the most “civilized” countries in the world. Some have raised questions about how many other women under the care of the British state may have been forced to undergo abortions.

“The horrific original ruling should never have happened,” said Clare McCarthy, a spokesperson for Right To Life UK at a protest outside Parliament on June 25. “Unfortunately, we fear that this is not a one-off case. We are calling on the Department of Health to urgently reveal how many women have been forced by a hospital to have an abortion against their will in the UK and make it clear how they will ensure it will not happen again.”

The woman who was almost forced to undergo the abortion is Nigerian. Her baby is just over 22 weeks old, on the brink of being able to survive outside the womb.