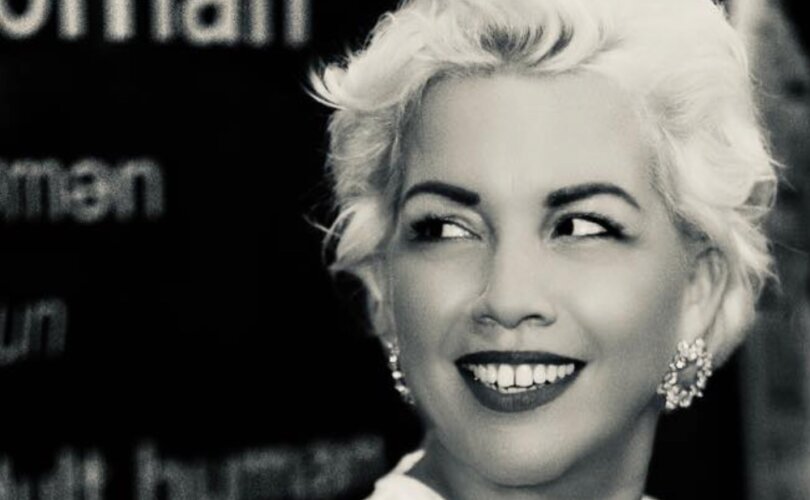 (LifeSiteNews) — After being embarrassed in the press and in the courts, you would think that the UK police would be more cautious in their persecution of those who oppose gender ideology. The decision of some top cops to turn police forces into the uniformed vanguard of the transgender movement has already radicalized many ordinary people—including Harry Miller, a docker who has foregone retirement to fight the corruption of the police by the trans movement (I recently interviewed Miller for my podcast).

But despite the hairline cracks growing in the gender consensus—with hundreds of parents lining up to sue the Tavistock clinic and the National Health Service backpedaling on transgender recommendations that were dogma just minutes ago—the police just don’t seem to learn. This time, it is the Sussex Police, and their target is Kellie-Jay Keen, a mother of four better known as Posie Parker, who founded Standing For Women and has been publicly opposing gender ideology for years and has herself been the target of attacks by trans activists.

— Article continues below Petition —
URGENT: Say No to the UK introducing a “right” to abortion
Show Petition Text
10652 have signed the petition.
Let's get to 12500!
Thank you for signing this petition!
Add your signature:
Show Petition Text

A couple of months ago, Keen spoke at a rally that faced attack by trans activists—a scenario that is increasingly common in both the UK and elsewhere. The Sussex Police phoned her recently to inform her that she was under investigation for a hate crime because of “words or behavior to stir up hatred on the grounds of sexual orientation.” Keen, fortunately, recorded the telephone call, in which the police demanded that she attend a “voluntary interview,” presumably to determine her guilt:

SP: I am just calling you today, it’s about something that happened back in September. I believe you came to Brighton is September for a protest.

SP: Somebody has made an allegation against you about a hate crime. We do need to speak to you about that matter as part of our investigation. We do need to do is get you to come down to Brighton ideally so we can have a voluntary interview.

KJK: When you say hate crimes, specifically what hate crime would it be? I think to be a hate crime, there has to be a crime. So what is the hate attached to?

SP: The crime is use of words or behaviour to stir up hatred on the grounds of sexual orientation. It’s gonna be a voluntary interview so you can give your side of the story as well. We’re not putting anything against you, you can bring a solicitor with you if you like. It’s just so we can bottom out your side of what’s gone on. We can discuss what allegations have been made against you as well. We then can look into it a bit further to see if a crime has actually occurred.

KJK: Before you invite me in have you looked at the evidence to see if there is any merit into it?

SP: We have, which is why we are inviting you in to see your side of things.

KJK: You said it’s voluntary, so what does voluntary mean in this instance?

SP: Essentially we are asking you to come down to Brighton, it’s going to be an interview where essentially it’s a little bit more relaxed, at any point you can end the interview if you like, you can bring a solicitor with you. If you don’t attend then we will potentially be looking at getting Wiltshire Police to come and arrest you so they can come and interview you themselves.

KJK: And you’re sure this is a hate crime based on sexual orientation.

SP: That’s what we are looking at the moment yes.

KJK: You’re absolutely positive before I waste my time coming to see you that you have substantial evidence that would point to me actually committing a hate crime.

SP: That’s why we are inviting you down yes.

KJK: OK, just so you know, I have recorded this call

The interview, it seems, is both “voluntary” but Keen was threatened with arrest if she declined. The phone call, however, is going viral, coming as it does on the heels of a series of totalitarian police actions taken against dissidents engaging in their sacred right to free speech. It is more egregious when you consider the fact that during the rally the police are referring to, trans activists threw smoke bombs and screamed at the women in attendance—three were arrested, including one man for two counts of possessing a knife and for assault, another for assault, and the third for obstructing a police officer.

Keen is planning to fight back. It appears that the police have overreached again, and I hope she takes them to court.

Help a Catholic Dad defeat pro-LGBT school board
Michael Del Grande, a trustee for the Toronto Catholic District School Board, is being dragged through the courts by the board after calling out the LGBT lobby's influence on education. Please consider supporting him today.