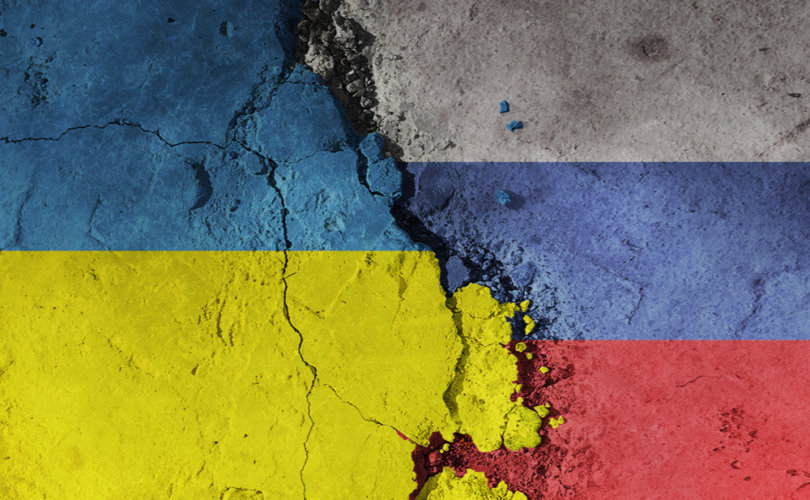 (LifeSiteNews) — The Ukrainian government has suffered a wide system blackout after cyber-attacks, thought to have originated in Russia. Ministerial office websites were inaccessible for over an hour Wednesday.

Internet blocking monitor NetBlocks confirmed that a DDoS (denial of service) attack, a type of cyber-attack which aims to block access to a network resource, was successfully launched against the “Ministry of Foreign Affairs, Ministry of Defense, Ministry of Internal Affairs, the Security Service of Ukraine and Cabinet of Ministers websites” just after 4 p.m. local time.

⚠️ Confirmed: #Ukraine‘s Ministry of Foreign Affairs, Ministry of Defense, Ministry of Internal Affairs, the Security Service of Ukraine and Cabinet of Ministers websites have just been impacted by network disruptions; the incident appears consistent with recent DDOS attacks 📉 pic.twitter.com/EVyy7mzZRr

According to a report on Interfax, a Ukrainian technology news service, Deputy Prime Minister and Minister of Digital Transformation Mykhailo Fedorov announced the attack on his personal telegram channel Wednesday.

“At about 16:00, another massive DDoS attack on our state began,” Fedorov wrote, adding that  “relevant data from a number of banks” suggests the financial sector was also targeted.

“[T]here are also problems with access to the websites of the Verkhovna Rada [Ukrainian Parliament], the Cabinet of Ministers and the Ministry of Foreign Affairs. This is due to traffic switching to another provider to minimize the damage from the attack,” he said.

The Ukrainian government blamed Russia for the attack, detailing an investigation by the Centre for Strategic Communications and Information Security which stated that “the first data suggests that the attack was carried out by the Russian Federation.”

Moscow has denied any involvement in the attacks. No further evidence has yet shown the nation to be behind the system breach.