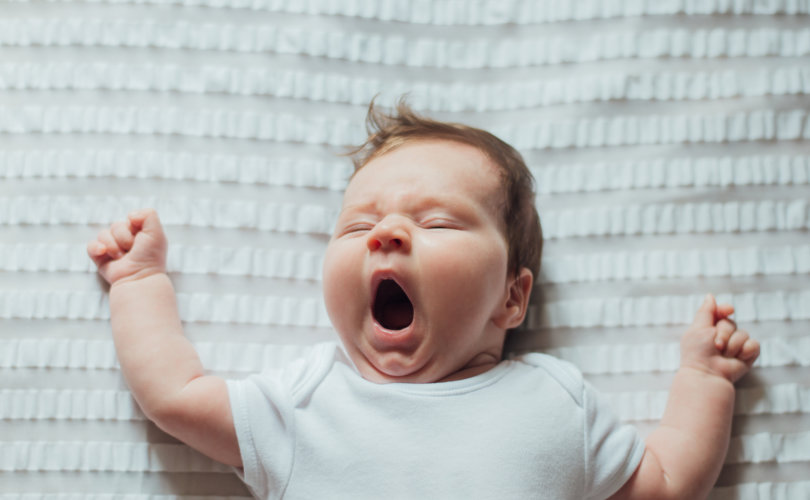 KYIV (LifeSiteNews) – For eight years now, doctors, psychologists, public figures, and volunteers in Pro-Life Ukraine have been helping women to choose life for their babies.

The Kyiv-based organization, which assists women in crisis while advertising, educating, and lobbying for change, has said the war has compounded the difficulties it is facing in saving the lives of the unborn.

The director of Pro-Life Ukraine Oleksandr Yerukh told LifeSiteNews: “Situations with an unplanned pregnancy can be very difficult here, especially with the war. Our main task is to take care of a woman who finds herself in the situation and understand the true reasons why she wants an abortion.”

“But the war appears to have made pregnant women less likely to bring children into a world of such fear and devastation,” he explained.

The mission and goal of Pro-Life Ukraine remains clear despite the ongoing conflict: each employee and volunteer is to focus on saving the lives of the next child they meet, to preserve the health of the mother, and to help them build a happy family.

“The life of a child begins from the moment of conception. It is important for us to convey this truth not only to mothers who come to us for a consultation, but also to Ukrainian society, because every child born is a new citizen of our country,” Oleksandr adds.

Ukrainian society has faced many social problems since the group started, many of which have contributed to the country’s startling high abortion rates.

These problems include the financial crisis in the country, eight years of armed conflict in the Donbass, and a full-scale war in the last two months.

Due to all these circumstances, women, in addition to personal difficulties, experience enormous stress from the inability to plan, and, in many cases, freely live their lives.

In such circumstances, factors that influence a woman’s decision to have an abortion are many, the group says. Aside from relationship issues and financial worries, a woman also faces the fear every war brings of injury and death.

Svetlana Aksenova, a researcher at the Kyiv Institute of Demography, said: “The situation with abortion in Ukraine is such that 200,000 children die [of abortion] before birth every year. This is every second child conceived in Ukraine.”

These events have led Ukrainian society to a demographic crisis. Mitigating the damage is one of the main goals of Pro-Life Ukraine.

Ukrainian society is largely silent on the issue of abortion, prompting Pro-life Ukraine to create its own YouTube channel called “Mom on the Edge,” where women share stories about the consequences of abortion in their lives.

The group says it is often very difficult to listen to these stories, which are saturated with regret and the pain of loss.

Listeners begin to understand how often women decide to abort a baby without realizing the consequences of their decision, according to Oleksandr.

These stories are ultimately helping to convince doubting women to make the right decision and save the life of their child.

Today, there are women who, despite difficult circumstances, have decided to save the life of their child.

One such mother is Pryadka Marina, who is raising her daughter Alexandra (2) and is expecting her second child in June.

Because of the war, they were in a difficult position. Here is what Marina herself reports: “Due to the war, there is no way to go to work to provide your children with everything necessary, to give birth in peace, and there are no funds at all. Relatives cannot help us, because they themselves were left without work, ran away from the village, and away from the war.”

Every second pregnant woman in Ukraine experiences difficulties like Pryadka Marina. Pro-Life Ukraine is determined to maintain its support for such women as long as they can.