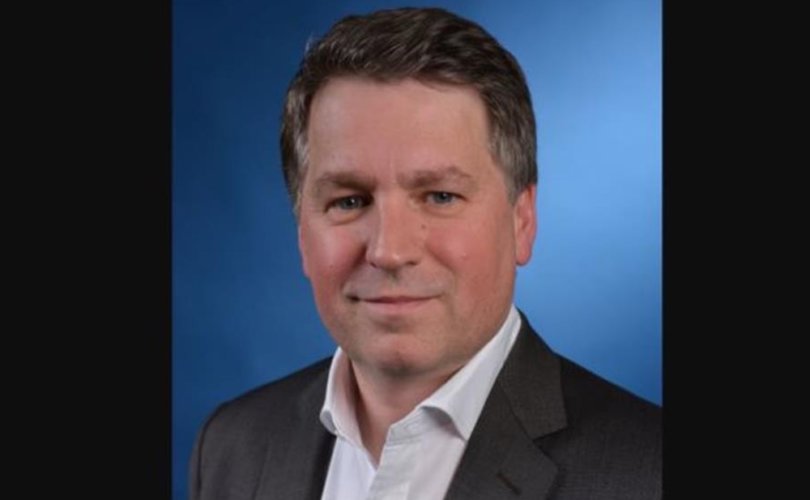 LONDON, U.K., February 28, 2018 (LifeSiteNews) – A top official with the UN children’s aid agency UNICEF has stepped down following newly-uncovered allegations that he made unwanted advances toward women in a previous position at another children’s charity.

Last week, the BBC reported that in 2015, during Forsyth’s tenure as a chief executive with the British organization Save the Children, female employees filed three complaints against him for sending them unwanted text messages about their appearance, clothing, and “how he felt about them.”

Moreover, Forsyth allegedly sent follow-ups to those who neglected to respond to his advances, going so far as to have them sent to his office for a “quick word.”

In response, Save the Children says it reviewed the claims at the time, and that Forsyth issued “unreserved apologies” to the women involved. Forsyth admitted to engaging in “unsuitable and thoughtless conversations,” but maintains that the issue had been resolved and the women he texted had accepted his apologies.

Forsyth stepped down saying he does not want his past actions to distract from UNICEF’s work.

NPR reports that on February 22, Forsyth issued a statement announcing and explaining his resignation. He still maintained that his actions had already been “dealt with through a proper process many years ago,” but said he deemed it necessary to prevent his past from tarnishing the missions of both UNICEF and Save the Children.

“There is no doubt in my mind that some of the coverage around me is not just to (rightly) hold me to account, but also to attempt to do serious damage to our cause and the case for aid,” Forsyth said. He went on to stress that he has “given 30 years of [his] life to fight against injustice and poverty and for children,” and to say that he looks forward to spending more time with his wife Lisa and their son.

The New York Times adds that UNICEF executive director Henrietta Fore has accepted Forsyth’s resignation, stating that the agency is grateful for his “work over the past two years to advocate for the most vulnerable children.” According to the Times, Forsyth’s past positions also include working for the pro-abortion charity Oxfam from 1989 to 2004, as well as serving as an advisor to British Prime Ministers Tony Blair and Gordon Brown on development, climate, and humanitarian issues from 2004 to 2010.

This is not the only sexual misconduct scandal to rock UNICEF in recent days.

On February 21, LifeSiteNews reported that Peter Newell, a UK anti-spanking activist who consulted for the agency on its Implementation Handbook for the Convention on the Rights of the Child, was recently sentenced to more than six years in prison for sexually assaulting a 12-year-old boy back in the 1960s. Newell’s work on the handbook took place over a decade ago, but until February 17 UNICEF touted Newell’s work by featuring one of his children’s rights speeches on the website for its India branch.

Further, on February 16 LifeSiteNews reported that Professor Andrew MacLeod, former chief of operations of the UN Emergency Coordination Centre, claims that UN staffers are responsible for as many as 60,000 rapes over the past decade, and that the international organization employs 3,300 pedophiles.

“There are tens of thousands of aid workers around the world with pedophile tendencies, but if you wear a UNICEF T-shirt nobody will ask what you’re up to,” he said. MacLeod extrapolated his figure from UN Secretary-General Antonio Guterres’s previous admission that UN personnel abused 311 people in 2016 alone, as well as the fact that rapes tend to go substantially underreported in both developing countries and war zones.