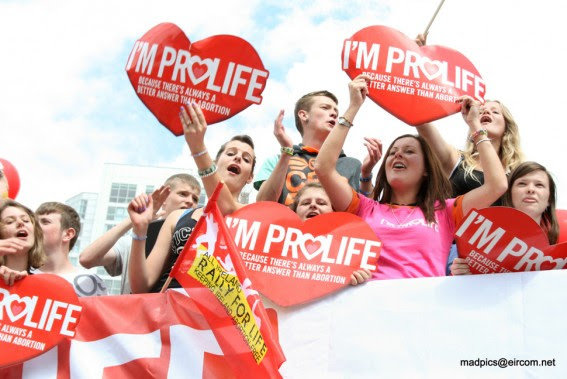 GENEVA, Switzerland, June 10, 2016 (LifeSiteNews) – A UN human rights committee has condemned Irish pro-life laws that “forced” a woman to engage in the “onerous” task of arranging return airfare to England for an abortion she couldn’t get legally at home.

The woman in question, Amanda Mellet, said, “I hope the day will come when women in Ireland will be able to access the health services in our own country, with our loved ones, our own medical team and where we have a familiar bed to go home to cry in.”

But Tracy Harkin of Every Life Counts said in a news release that the committee had ignored the humanity of very vulnerable unborn children. “Surely very sick babies deserve special protection, not abortion,” she said, adding that the case had been brought by pro-abortion lobbyists intent on overturning every aspect of Ireland’s abortion law. “They should instead be recognising that Ireland is seeking a compassionate and progressive solution which supports and protects both mother and baby.”

The UN Committee on Human Rights said the Irish law “cannot be justified” when a baby has so little chance of survival, and also faulted the health system for providing counselling only to women who experienced miscarriages and not those who intended their children’s deaths.

In May 2011, Amanda and James Mellet discovered their 22-week-old unborn child had Edwards’ syndrome, which brings severe mental and physical abnormalities and usually miscarriage or death in the first week after birth. They sought an abortion, but according to Amnesty International’s supportive statement, were “shocked” to discover Ireland allowed abortion only to save the mother’s life. They arranged an abortion in the UK and got it.

“Many of the negative experiences she went through could have been avoided if (she) had not been prohibited from terminating her pregnancy in the familiar environment of her own country and under the care of health professionals whom she knew and trusted,” stated the committee.

While the rulings of the committee of so-called “international experts” have no legal force, a staff person at UN Watch in Geneva said, “Lobby groups can use its reports to rally round and members of parliament can use it for advocacy.” Ireland is signatory to a convention requiring her to respond to the committee’s report.

Ireland is accustomed to peremptory declarations from Geneva. Last year the United Nations Human Rights Council (a political body of non-experts) directed Ireland to legalize abortion when a woman is pregnant due to rape or incest, or if the baby is suffering from a serious illness.

Johanna Westeson of the Center for Reproductive Rights, which funded Mellet’s complaint to Geneva, made much of the routine air trip to England, where several thousand Irish women go yearly to abort their babies.

“Rather than being provided with the best medical care possible,” said Westeson in a news release, Irish women with nonviable pregnancies are instead “cruelly” denied the option of “safely and legally” aborting their unborn at home.

“Without the strength and means to travel,” Westeson continued, “Amanda would have been forced to carry to term, fearing every minute her fetus had died in utero or that she would give birth only to watch her baby die.”

But Tracy Harkin paints a different picture, one of compassion and concern for both the mother and the child.  “The language used by the UN reflects the appalling attitude of discrimination which is pushing families towards abortion,” she said.

Harkin said that women pregnant with disabled children don’t need to get rid of them as quickly as possible, but rather they need “time with their sick babies, time that allows them to make memories and provides a pathway to healing. Our experiences with our children, whether their lives spanned hours, weeks or years, has taught us that abortion solves nothing and brings no comfort to either the baby or the family involved.”

“The UN is clearly ignorant of the most recent research and best practice developments in medicine which shows that abortion causes significantly more despair and depression for women in this situation.”

Stephen Phelan of Human Life International dismissed the ruling as “the opinion of a mere committee among many at the UN – one that has no legal authority whatsoever to declare abortion a human right, and in saying so contradicts many international treaties.”

Far from protecting women’s health and rights, added Phelan, it “a violent assault on women and children’s health and rights…There is not and there never will be a legitimate ‘right’ to kill an innocent human being. This committee’s opinion is legally baseless, and morally bankrupt.”

“Further, it is important to pay attention to what the abortion advocates at Amnesty International add in comments on this decision.”

Phelan noted that Amnesty International had used the committee report to call for Ireland’s constitutional protection for the unborn.  “Note the contempt for national sovereignty and law from an organization that used to find common cause with Christians in defending legitimate human rights. It is tragic that Amnesty has declared an entire portion of humanity exempt of the most basic right.”