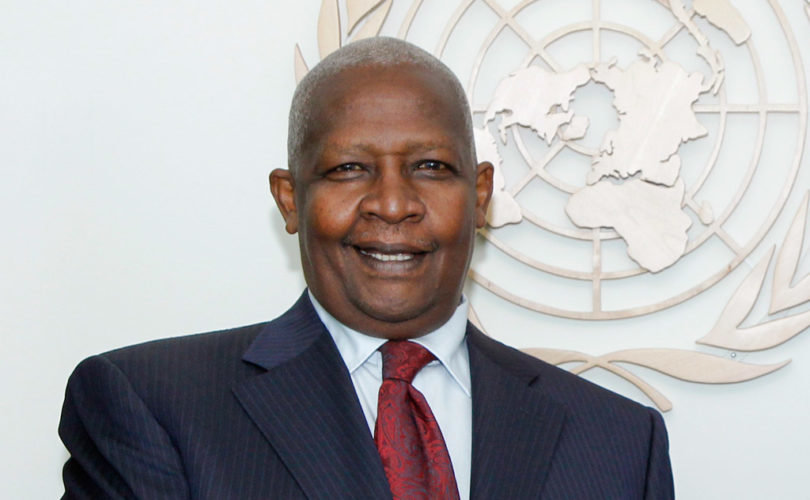 NEW YORK–Western pressure on African countries to liberalize policies on homosexuality has had a boomerang effect, uniting Africans against it and resulting in what some see as a new non-aligned movement of countries.

Last week the United Nations elected a Ugandan as president of the General Assembly over  last-ditch efforts by activists who, along with the Obama administration, have condemned Uganda’s recently enacted law against homosexual acts.

Lesbian, gay, bisexual and transgender (LGBT) activists called on the Obama administration to deny Sam Kutesa's visa, but by election day at the UN, their petition had only gathered 13,466 signatures.

Kutesa is Uganda’s foreign minister and defended the law internationally, stating promotion and exhibition of homosexuality “is wrong for our young people and it offends our culture.”

Africans called Western criticism of Uganda an attack on national sovereignty and some noted, “the Western world criminalizes almost all of these same offenses” as the amended law, such as homosexual rape.

The role of president of the General Assembly is symbolic though prominent. The highest profile task is presiding over the assembly as heads of state address its 193 members each year.

The position is rotated annually among regions. It is Africa’s turn, and the African Union–most of which ban homosexual acts–put forward only one candidate.

In February, Uganda’s President Museveni hinted he sought closer military ties to Russia because of U.S. meddling on LGBT issues. Russia has also defied criticism of its ban on exposing children to homosexual propaganda.

Former Secretary of State Hillary Clinton launched the first salvo for international LGBT rights in a speech at the UN in 2011. Soon after, President Obama announced he would condition foreign aid on LGBT rights.

African leaders predicted the U.S. policy would provoke a “significant diplomatic confrontation.” Kenyans said, “Those who live as gays need help to live right and we should not be supporting them to live in a wrong reality.”

In March, Africans were forced to abandon their resolution on AIDS after it was amended by governments advocating for sexual rights. The resolution sponsored by African countries struggling with the deadly disease was tailored to address public health and protecting women and girls.

European, U.S., and Latin American delegates, who view AIDS as a political opportunity to advance sexual rights, demanded the resolution remove references to reducing the number of sexual partners and delaying sexual initiation.

After Western countries lost in lengthy negotiations, they eventually outmaneuvered the Africans using a technicality in the last moments of the conference. One disheartened African delegate said, “It’s all about sex, sex, sex for them.”

A senior U.S. diplomat recently warned about the Obama administration’s heavy-handed approach, CNSNews reports. Richard Hoagland co-hosted the first LGBT “pride celebration” at the U.S. embassy in Pakistan in 2011. A week later, protesters said the U.S. had “unleashed cultural terrorism on us.”

Speaking at an event on global LGBT rights, Hoagland cautioned some countries “will react to our values and goals with backlash” against homosexuality.