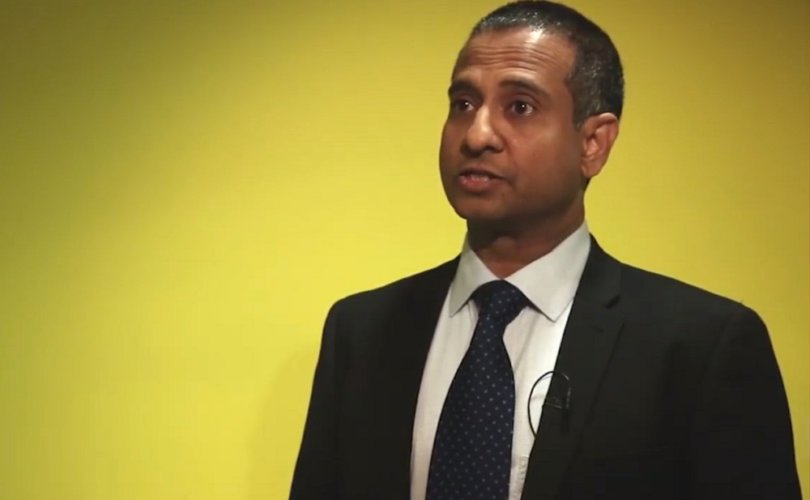 WASHINGTON, D.C., March 6, 2020 (C-Fam) — According to the UN’s special expert on freedom of religion, the fringe views of UN human rights bodies must take precedence over the mainstream beliefs of many leading world religions, when it comes to law and policy.

In his newly-launched annual report, Ahmad Shaheed, the UN Special Rapporteur on Freedom of Religion or Belief, wrote about the intersection of religion and gender equality. He concluded that laws based in traditional morality, often religious in nature, should be repealed if they conflict with the opinions of human rights scholars and UN experts.

“States have an obligation to guarantee to everyone, including women, girls and LGBT+ people, an equal right to freedom of religion or belief,” he said, “including by creating an enabling environment where pluralist and progressive self-understandings can manifest.”

In order to enable these “self-understandings,” laws criminalizing abortion or various sexual behaviors would need to be overruled.

Shaheed noted that laws regarding abortion and homosexual behavior often arise from the application of religious teachings regarding the sanctity of life, the family, and sexual morality. While stopping short of directly calling on major world religions, such as Christianity or Islam, to change their doctrines, he attempted to differentiate between “patriarchal” and “gender equal” interpretations of religious teachings. The report cites the work of scholars who have worked to promote “progressive” reinterpretations of faith traditions, adding that the source of gender-based violence or discrimination is not necessarily religions, but, rather, certain interpretations of them, “which are not protected per se.”

The notion of “LGBT+ rights,” a concept that has only recently entered the parlance of scholars, and which has no international consensus, much less a formally accepted definition, is treated by the report as a given. In contrast, religious traditions, some dating back thousands of years, are treated as subordinate. The special rapporteur cites “many feminists and human rights scholars” in arguing that “rules regulating the status of men and women, including in the appointment of clergy,” are not only religious, but political, and therefore “are a concern for the State and international human rights law.”

Last November, Shaheed Tweeted a quote from a workshop focusing on gender equality and freedom of religion: “When access to safe abortion is denied, the right to life, the right to health, the right to equal human dignity is denied.”

On Monday, the Human Rights Council held an interactive dialogue with the Special Rapporteur, where a joint statement was presented on behalf of several pro-life and pro-family organizations, including C-Fam, raising objections to the report’s disregard for the rights of unborn children and calls to restrict the rights of conscientious objection to abortion by health care professionals.

The position of the Special Rapporteur on Freedom of Religion or Belief is part of the subset of the UN Human Rights Council known as Special Procedures. As such, he serves in an individual, unpaid, capacity, and his reports are advisory and nonbinding. Nevertheless, they feed into the UN’s library of human rights documents that frequently cite each other in defending interpretations of human rights that are far from gaining widespread support among UN Member States.

Previous special rapporteurs, including those whose mandates include torture, violence against women, and the right to health, have used their posts to advance pro-abortion positions.