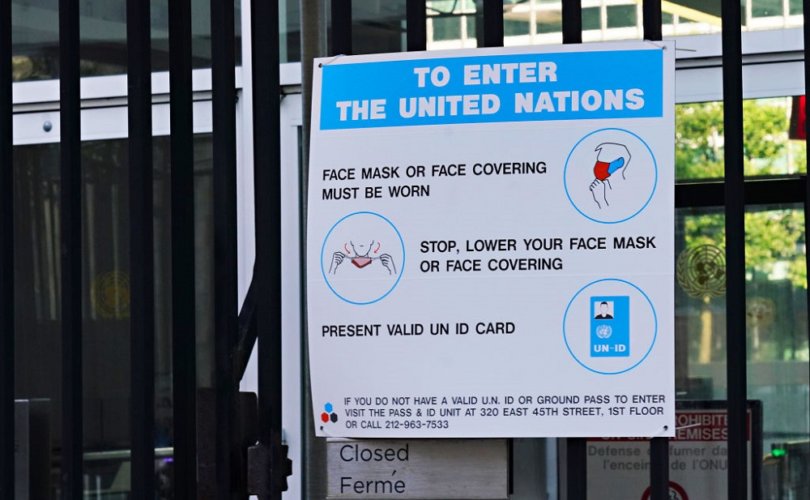 WASHINGTON, D.C., August 14, 2020 (C-Fam) — Last week, the chairmen of the committees monitoring compliance with the UN’s human rights treaties issued a warning that their work is threatened by underfunding. The budget shortfall is due to the global coronavirus pandemic, which caused the treaty bodies to meet remotely since March, and postpone country reviews since then.

Meanwhile, the UN General Assembly is undertaking a review of the treaty body system, calling on national governments, human rights experts, and civil society organizations to submit their recommendations for reform.

None of the nine core human rights treaties mentions abortion. Given the controversy around abortion language — even euphemistic references — in non-binding resolutions, UN member states would never have allowed abortion into a binding multilateral treaty when its text was being negotiated.

Since the 1990s, the treaty bodies, expert committees tasked with ensuring that countries that ratify human rights treaties comply with their obligations, have pressured countries to liberalize their abortion laws.

This practice began with the treaty body attached to the treaty against discrimination against women (CEDAW), but quickly spread to several other bodies, and the pressure has only continued to increase in recent years.

In 2019, two more of the nine treaty bodies issued their first pro-abortion recommendations. The committee on the rights of migrant workers expressed concern that Libya’s laws against abortion were hindering migrant women from reporting crimes. The committee against racial discrimination told El Salvador to “review legislation” criminalizing abortion in all circumstances as it “has a greater impact on indigenous women and women of African descent.”

As of this year, eight of the nine treaty bodies have pressured countries on abortion.

The pro-abortion law firm the Center for Reproductive Rights praised the treaty bodies for this practice in its submission to the General Assembly’s review process: “The jurisprudence from the treaty bodies has been key to advancements in international human rights standards related to contraception, maternal health care, and abortion,” and stated that they “attach the utmost importance to the work of the United Nations human rights treaty bodies.”

Within the larger UN system, the treaty bodies have provided an entry point for other agencies to justify their own pro-abortion statements and practices. This year, the Office of the High Commissioner for Human Rights (OHCHR), the umbrella organization that includes the treaty bodies and other human rights procedures, updated its brief on abortion, which includes numerous instances of treaty body pressure organized by category.

They have called for the complete decriminalization of abortion, its legalization at least in certain circumstances, and the removal of barriers to access such as parental or spousal consent or the conscience rights of health service providers.

Other UN entities, including the World Health Organization, then refer back to the OHCHR and the treaty bodies when implying that access to abortion is a human right.

The General Assembly, made up of all UN member countries, has consistently refused to acknowledge any human right to abortion. Nevertheless, the treaty bodies have effectively created a mechanism to bypass that reality and turn the UN into a powerful pro-abortion lobby group.

Pro-life organizations, including C-Fam, have also submitted statements to the treaty body review process. They call on the General Assembly to institute reforms that ensure accountability for human rights expert bodies and restrict their work to the text of the treaties and their original mandates.