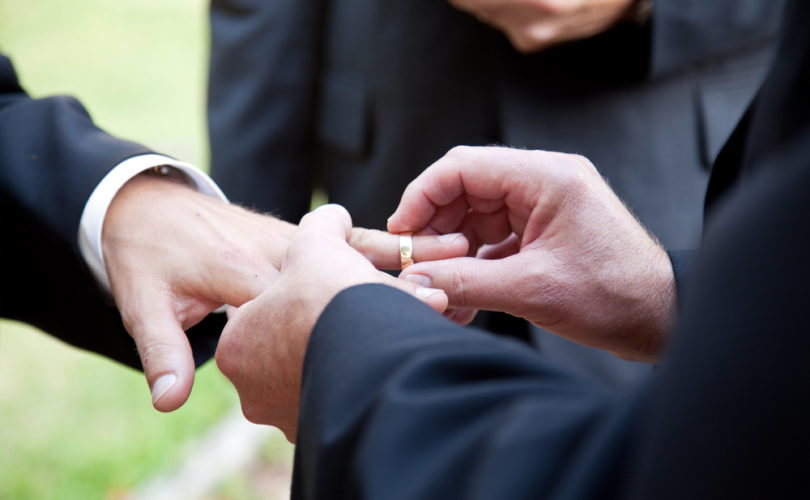 March 27, 2015 (C-Fam.org) — In an animated and unusually packed budget meeting this week, UN member states gave the go ahead to special benefits for any UN staff in same-sex legal arrangements.

A proposal of Russia in the General Assembly fell well short reversing the Secretary General’s unilateral decision last June extending benefits of marriage to any UN staff in a same-sex legal arrangement, even if their country of origin does not recognize same-sex marriage.

Surprisingly, 80 countries voted in favor of allowing such benefits. Only 43 countries voted to quash the executive decision, and 70 countries whose laws are not consistent with the executive action either abstained from the vote (37), did not show up at all or failed to cast a vote (33). If all those countries had voted, it is likely the General Assembly would have overruled the Secretary General.

Early in the meeting the Slovakian chair of the committee joked about all those in attendance for filling the UN conference room. The budget committee proceedings are generally dry and attended only by technical experts.

A message of the Secretary General defending his decision was read ahead of the vote, saying it was his “privilege and duty” to make such decisions. The United States, European countries, and Nordic countries each took the floor in quick succession to echo his remarks on the need to promote “equality.”

Russia argued the decision openly defied a consensual General Assembly resolution of 2004 that required the Secretary General to determine marital status of UN staff by reference to the laws of their country of origin. Saudi Arabia sided with the Russians, but cited sharia law as their motivating factor.

Sources say the result of the vote should not be seen as a global show of support for LGBT rights as much as proof of the complete domination of wealthy donor countries on the UN budget and administrative issues. The result furthers the perception that member states that don’t share the social agenda of wealthy donor states have less buy-in in the system.

Even among those 80 countries that voted with the Secretary General, at least half of them do not afford same-sex couples special benefits in their national laws. Marriage between a man and a woman remains the norm in the vast majority of countries in the world and no more than 40 countries around the world afford special benefits to same-sex couples through laws that sanction so-called “gay marriage” or civil unions. Even in Europe few countries sanction such arrangements without qualification.

In the lead up to the vote a delegate from a European country bluntly told the Friday Fax that countries from the European Union contribute over 30% of the UN budget, and should have a greater say in how that money is spent. The same countries also expended significant political capital to achieve the result on Tuesday.

The abstentions and no shows are the product of a six year campaign by the United States and European countries to get countries to abstain during votes involving lesbian, gay, bisexual, and transgender rights (LGBT) at the United Nations.

This isn’t the first time the General Assembly rubber-stamps a decision of the Secretary General to grant UN staff in same-sex legal arrangements marriage benefits.

The 2004 resolution cited by Russia was adopted by the General Assembly following a similar executive action by the Secretary General, and limited the scope of his decision to extend marriage benefits to same-sex partners. This time a vote was needed, reflecting the merit of Russia’s contention in spite of the claims by the United States and Europeans.

After the vote Russia said they would not consider the Secretary General’s action as “effective” despite the vote, because it contradicts the 2004 resolution.