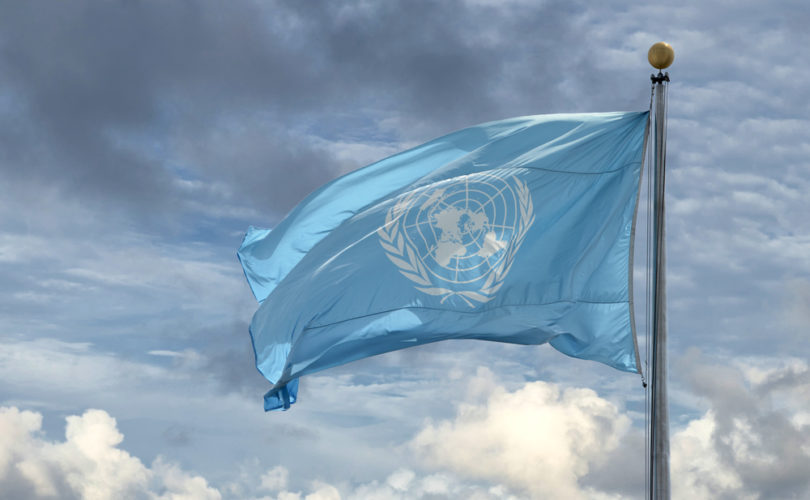 “We reject the call for abortion, particularly directed at developing countries,” said Nicaragua at a briefing on Zika. We “cannot allow this epidemic to be manipulated to force countries” to “change laws on the right to life.”

The Human Rights Commissioner’s call to liberalize abortion laws is an “illegitimate response,” said the Holy See. Children with birth defects “deserve to be protected and cared for throughout their lives, in accordance with our obligation to safeguard all human life, healthy and disabled, with equal commitment.”

In countries where “sexual and reproductive health services are criminalized, or simply unavailable, efforts to halt this crisis will not be enhanced by placing the focus on advising women and girls not to become pregnant,” Zeid said.

A UN spokeswoman was more blunt. Cecile Pouilly said Zeid was telling governments to repeal pro-life laws. “How can they not offer [women] the possibility to stop their pregnancies if they wish?” Pouilly said. “Women should be able to have an abortion if they want.”

Zika virus captured world attention last year when a surge of babies was born with microcephaly in a region of Brazil also experiencing a Zika outbreak.

Officials are careful to note there is not a proven link between Zika, which causes flu-like symptoms for 3 – 7 days, and microcephaly, a birth defect of a small head and possible delayed brain development.

Out of an abundance of caution, five countries advised women to avoid or delay pregnancy for up to two years. Contraception is legal and available in Latin America, which has the highest reported use of contraceptives in the developing world, while abortion is outlawed in most of those countries.

Brazilian abortion advocates who successfully sued to permit aborting anencephalic babies plan to file a lawsuit to expand abortion to microcephaly babies. “The fears over the Zika virus are giving us a rare opening to challenge the religious fundamentalists,” Silvia Camurça, director of SOS Corpo, said.

At the UN, the Holy See mentioned a Brazilian journalist with microcephaly. Ana Carolina Caceres has written a book about her life, and says counseling and treatment are what’s most needed.

“On the day I was born, the doctor said I had no chance of survival,” Ana told the BBC. “‘She will not walk, she will not talk and, over time, she will enter a vegetative state until she dies,’ he said.”

“But he – like many others – was wrong,” she said. “People need to put their prejudices aside and learn about this syndrome.

Severe microcephaly cannot be detected until 24 weeks, when “the child is already very much formed, and the parents are conscious of this,” Dr. Lenise Garcia, a biology professor, told AP. “Getting an abortion creates guilt that will stay with the woman for the rest of her life.”

“Just because he is different from so-called normal children doesn’t mean that he shouldn’t be born,” said Andressa Cristina dos Santos Cavagna, mother of a 3 year-old with severe microcephaly. “People who say that don’t have love in their hearts.”