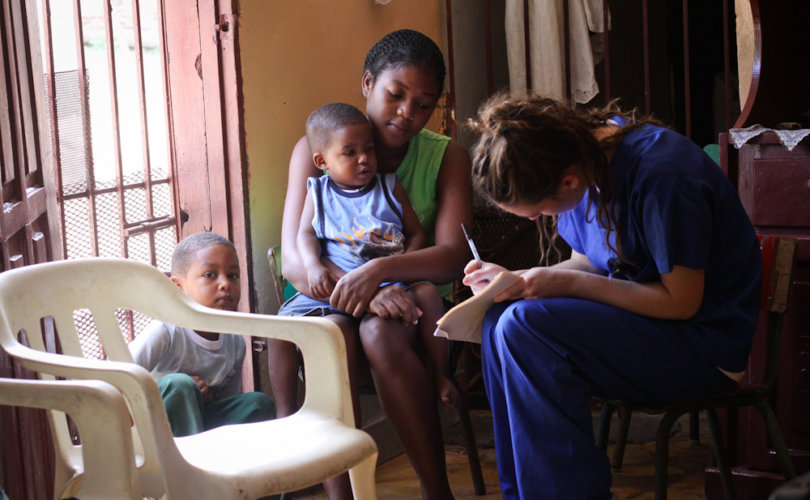 November 16, 2017 (LifeSiteNews) – The United Nations’ “Human Rights” Committee has sent a request to the Dominican Republic to eliminate criminal penalties for abortion and to legalize the deadly procedure in all cases in which the life or “health” of the mother is at stake, according to local news media.

The committee used expressions commonly employed by Planned Parenthood and the international abortion lobby in its statement to the Dominican Republic, which came in response to the country’s Sixth Periodic Report on human rights.

The UN Human Rights Committee told the Dominican Republic that “penalties must not be imposed on women and girls who submit to an abortion, nor on medical service providers who assist them, because such measures require them to have recourse to unsafe abortions.”

It goes on to state that the country should “modify its legislation to guarantee legal, safe, and effective access to voluntary interruption of pregnancy when the life or health of the pregnant woman or girl is at risk.”

Following the custom of the abortion lobby, the Human Rights Committee defined a threat to a woman’s health as including cases in which “bringing a pregnancy to term might cause some damage or substantial suffering to pregnant woman or girl, especially if it is the result of rape, or incest, or when the pregnancy is not viable.” Such a standard could be used to permit virtually any abortion.

Abortion has long been prohibited in the Dominican Republic, which is 95 percent Catholic. A law passed in 2014 to create a number of exceptions to the protection of the unborn was overturned by the nation’s Supreme Court in late 2015.

For decades, various United Nations agencies have been putting pressure on countries in Latin America and other regions to legalize and facilitate the killing of the unborn.

In June, the UN’s World Health Organization began providing an interactive database on the abortion laws and policies of each nation, the declared aim of which is to “eliminate the barriers that women encounter in accessing safe abortion services.”

In 2015, the UN Committee on the Elimination of Discrimination Against Women (CEDAW) recommended that Bolivia “decriminalize abortion in all cases and … ensure effective access to safe, legal abortion at least in cases where women’s lives or health are at risk; where fetal impairment prevents independent life outside the womb; and in cases where the pregnancy is the result of rape.”