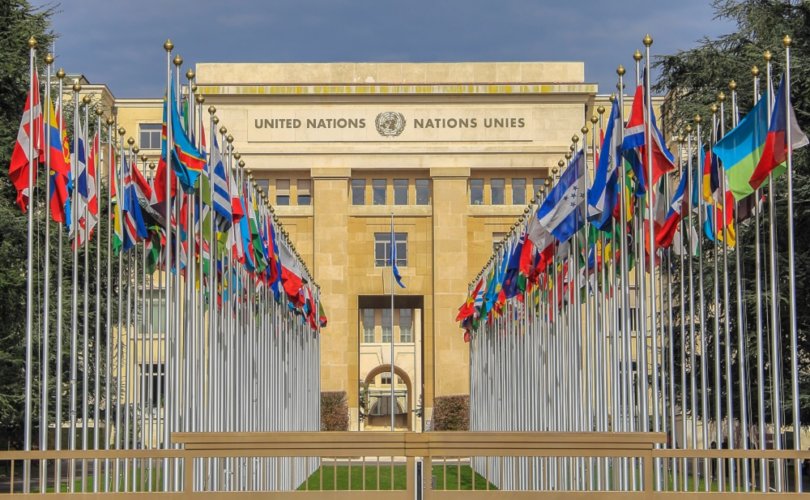 NEW YORK, February 12, 2021 (C-Fam) — The UN rights office is collecting the names of anyone who opposes the LGBT agenda in any way.

Politicians, religious leaders, and organizations from around the world who defend life and family will likely be put on a blacklist by the UN office for human rights. The drastic new measure may be used to impose sanctions on pro-family advocates and expose them to terrorist attacks.

“Who are the main actors who argue that the defenders of human rights of LGBT individuals are furthering a so-called ‘gender ideology’?” reads a call for input from the UN rights office published last month, primarily addressed to LGBT groups.

In the broadly worded prompt, the UN rights office asks for examples of “public expressions or statements by political and/or religious leaders” who challenge LGBT rights.

The UN rights office’s call for input denigrates defenders of life and family who dispute “gender ideology” as conspiracy theorists. It takes it for granted that “gender theory” is not an ideology, but an unquestionable truth. The “meanings” attached to sex and gender are “socially constructed,” it claims.

In contrast to this true gender theory, it asks for details of the “narratives” of pro-life and pro-family groups who oppose gender ideology. These narratives, the UN rights office claims, are “used to fuel violence and discrimination based on sexual orientation and gender identity and their particular impact on sexual and reproductive rights.”

The UN rights office is especially focused on religions of pro-life and pro-family groups.

It asks for any “examples where the concept of gender has been used in religious narratives or narratives of tradition, traditional values or protection of the family” in opposition to new LGBT laws and policies.

And it asks for information on protections for freedom of religion, belief or conscience that would limit “the enjoyment of human rights (including sexual and reproductive rights) of LGBT persons.” The UN rights office even refers to conscientious objection as a mere “figure” instead of a basic human right that can be vindicated.

The inputs provided to the UN rights office will be used in the next report of the United Nations independent expert on protection against violence and discrimination based on sexual orientation and gender identity to the UN Human Rights Council in Geneva.

Democrats introduced a bill in the U.S. Congress to create a similar international backlist last year, called the Global Respect Act, imposing sanctions on all foreigners who oppose LGBT rights.

It is not the first time the UN LGBT expert has attempted to focus on religion. In a 2019 report he called on states to “take decisive action” against religious leaders who oppose LGBT rights.